Disney fans from all over are still reeling from the announcement that the Twilight Zone Tower of Tower at Disney California Adventure is being re-themed into a Guardians of the Galaxy attraction in 2017, and even though we’ve only had a few weeks to let this development sink in, Disney has gone ahead and announced that they have planned a farewell celebration that will take place over the next few months. While this may be cold comfort to those still mourning the upcoming loss of this attraction, Disney is actually doing some really interesting things in the coming weeks to celebrate the legacy of this fan-favorite attraction.

If you are heading out to Disney California Adventure in the coming weeks to get one last “drop” in at the park's Twilight Zone Tower of Terror, here’s everything you need to know about all the changes coming to this attraction before it goes away forever early next year.

The Twilight Zone Tower of Terror is set to go dark, after dark, early this fall 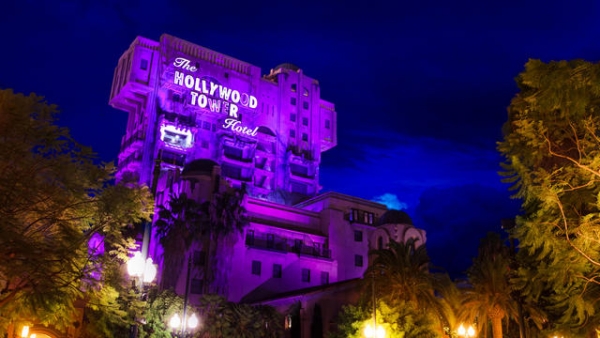 Starting September 7, guests who want to check in to the Twilight Zone Tower of Terror after dark will be treated to an all-new experience at this attraction dubbed “Late Check Out”. Though the ride experience will be the same as you remember, there will be an extra creep factor added in as the ride will be run in complete darkness for the first time in its history. That means no projected video, no ghosts, nothing....just you and the tower....oh and gravity too.

This new after-dark experience is being billed as both a unique way for fans to say goodbye to this attraction, as well as part of the resort’s larger Halloween Time celebration, which kicks off next week and lasts until October 31. While we’re not sure if the Late Check Out experience will last longer than Halloween Time, we'd imagine if it proves popular it'll stick around after October 31, but if not, Disney might just bring back the regular version of the attraction for the remainder of its operating days. Though Late Check Out certainly sounds like a thrilling new way to experience this classic ride, this limited-time experience isn’t the only way Disneyland is giving fans of this attraction a way to say goodbye.

Limited time treats, souvenirs and a photo-op will be available very soon 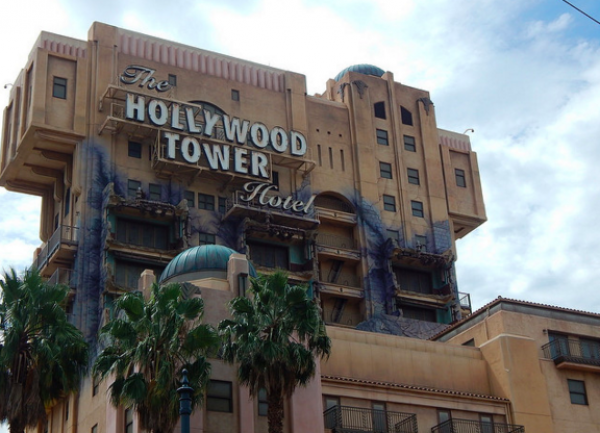 In addition to the limited-time Late Check Out evening experience above, guests who are looking to celebrate the Twilight Zone Tower of Terror’s final days with their wallets will have quite a few options this fall as well. From commemorative merchandise celebrating the Twilight Zone Tower of Terror's storied history to special food and beverage items, there will be plenty of items on sale both at the Tower Hotel Gifts shop at the bottom of the attraction as well as throughout Disney California Adventure. These new offerings should be available soon, however, we have not seen any designs for special merchandise or gotten any details about what kinds of celebratory treats will be offered.

Disney has also confirmed that this fall will also bring a special photo op location in front of the Hollywood Tower Hotel marquee, complete with vintage luggage and other nods to the current attraction’s story that guests can pose with. This new photo location is expected to be installed in the next few days, and will be available for guests to take pictures at until the attraction closes, which will be shortly after the holiday season ends...

at least we still have the WDW version, for now.

Just maybe the change of theming was not entirely Disney's choice. The have been rumblings in the past and recently about reticence for continued licensing of the Twilight Zone property by the TZ right owners. So just keep that in mind

Seems like every move Disney makes takes away a little more of the Magic. RIP Walt. You did your best.

I'm pretty sure Walt's best wouldn't include shelling out millions to CBS/Paramount when they could just use an in-house property.

Twilight Zone is still considered a classic decades after it went off the air. Anyone seriously believe that Guardians will be, or even considered 'classic' now? I get that rides get old and (most) will eventually be replaced, but to kill off good rides just to bank $$$ off latest ho-hum studio movie as a tie-in is BS.