While we can't wait to see the future of Disney's Hollywood Studios, even the most ardent defender of this park must concede that over the past few months this park has essentially turned into a giant construction zone with a few attractions in between. Our last look at construction at this park was in May, and while we visited several times over the summer, not a lot of work was going on during this time. However, it looks like this trend has finally been reversed, as visible work is happening yet again at Hollywood Studios.

Among the most notable developments this month, a new dining room appears at PizzaRizzo, plus we take a look at some of the possible reasons why progress at Toy Story Land seems to have ground to a halt. However, our first construction update from Disney's Hollywood Studios is from the future home of a galaxy far, far away...

1. The Streets of America facades are finally begin to come down in preperation for Star Wars Land groundbreaking 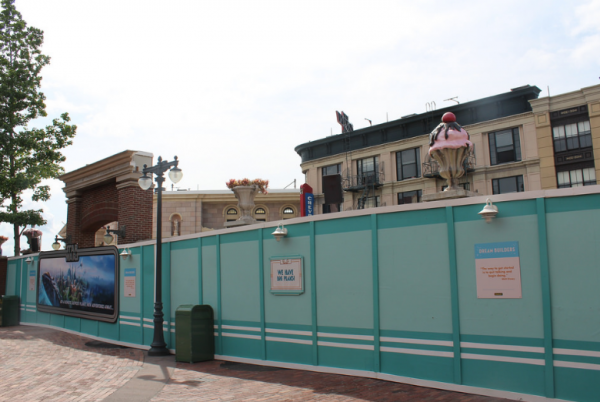 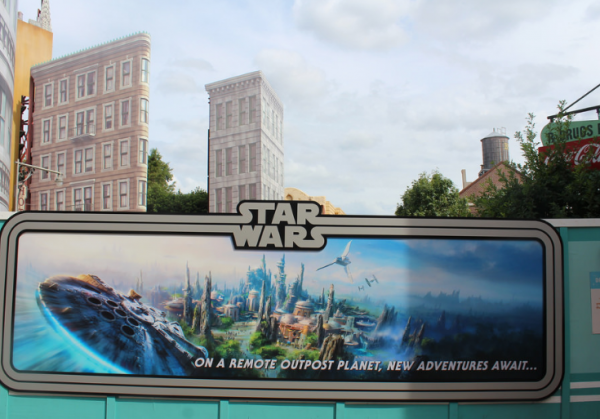 Though it has been several months since Disney walled off the back half of Disney's Hollywood Studios, the Streets of America still remained largely intact during the summer. However, it looks like the time has finally come for this iconic area of the park to fade into history, as Disney has finally started demolition on this area. You can see above where the facades used to be in front of the Muppet Courtyard, and demolition is also visible adjacent to the Writer's Stop. Interestingly, Disney has moved several character meet and greets to the latter area, so if you don't find yourself roaming around the construction walls normally (like we do!) you'll still probably get a good glimpse of the demolition right before you meet Goofy (who is currently meeting guests in front of the construction walls).

Hopefully, with demolition on this area of the park finally happening (and the former Lights Motors Action venue also being demolished out of view), an actual groundbreaking for Star Wars Land at Disney's Hollywood Studios can happen in the near future. Though it has been a little frustrating seeing Disneyland move full speed ahead with its version of Star Wars Land, it looks like Disney's Hollywood Studios is finally getting to a point where it can start catching up with its west coast sister park.

2. Has the Toy Story Land project been put on pause? 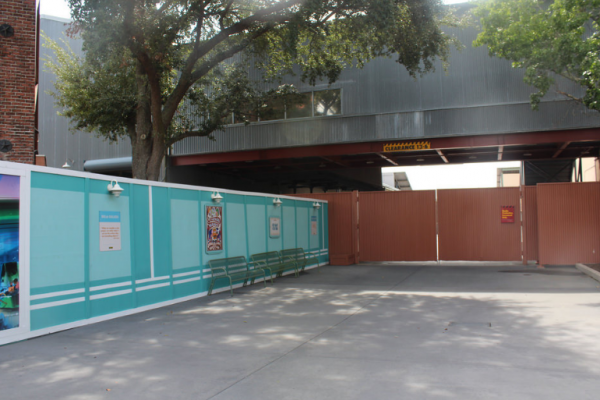 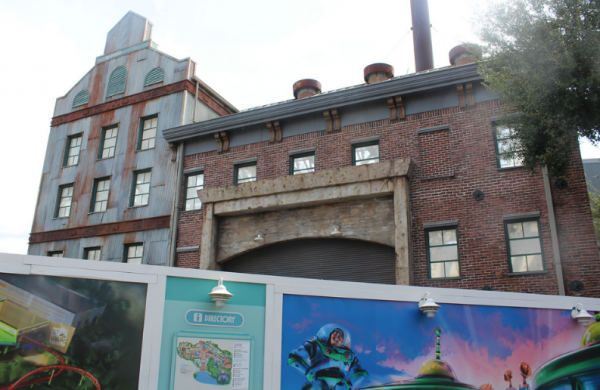 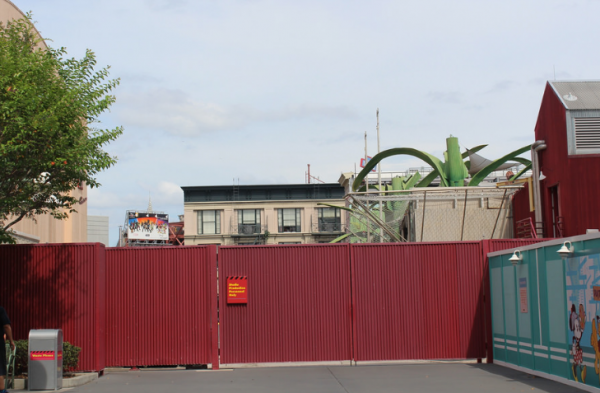 While demolition looks like it is ramping up in the area earmarked for Star Wars Land, the corner of the park that will eventually become Toy Story Land looks almost exactly the same as it did several months ago, which is a little disappointing. Even though we know that the former Backlot Tour attraction has been completely demolished behind the facades, no visible construction work is happening on this area which would presumably set the likely opening date for this land back to 2018, at the earliest.

So what's the holdup with this project? While we don't know anything for sure, rumors persist that Disney is considering making substantial changes to the plans for Toy Story Land before construction actually gets underway. According to inside sources, the main issue halting progress revolves around the Slinky Dog Coaster attraction, which may be getting either downsized (again) or scrapped altogether and replaced with a cheaper alternative due to budget constraints.

While nothing has been confirmed yet regarding the evolution of this project, no matter what ends up happening with this new land, we hope Disney figures it out soon so work on Toy Story Land can finally begin in earnest. Disney's Hollywood Studios desperately needs new attractions, and the sooner this new area can open, the faster the park will be able to get back on track.

This park will NEVER be the same. Especially this Christmas without the Osborne Family Lights.

I hope they scrap Toy Story Land altogether and put up a Pixar Land instead. Toy Story land it too limiting. Seems to me they could quickly build a Pixar land with existing E-ticket rides from other parks like the Cars ride from California Adventure and Ratatouille from Paris. And redo Honey I Shrunk the Kids into a Bugs Life themed area. That would be an awesome addition with little R&D expense because the big rides are already designed.