While Magic Kingdom lands like Frontierland and Fantasyland are timeless and don't really need periodic updates for their theme to stay current, one big problem that Disney parks have always faced is how to keep up with the future at Tomorrowland.

Though Disneyland in Anaheim as well as Disneyland Paris have taken some very different approaches towards keeping the future in Tomorrowland, it looks like it is now the Magic Kingdom’s turn to re-invent the future with some new and rumored changes coming to this land in the next few years. And interestingly, it looks like the newest version of the world of Tomorrow at the Magic Kingdom will begin with a whole new look:

1. The Carousel of Progress gets a bright new paint job 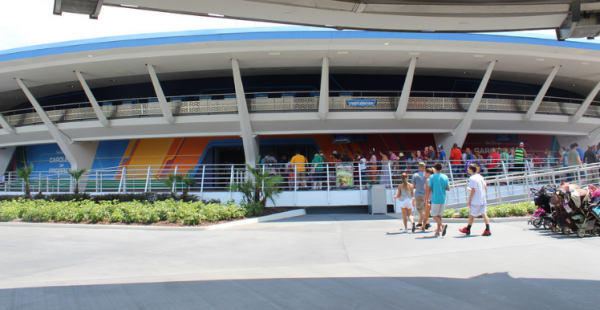 Back in 2014, a project to bring a new color scheme to Tomorrowland began, as the entrance to the PeopleMover attraction as well as the Astro Orbiter were outfitted with a bright and shiny metallic paint job. However, in 2015 all progress on this project stopped, with only the very center of Tomorrowland sporting the retro-cool paint job. However, after nearly two years it looks like Disney has finally picked this project back up, and has started with one of Tomorrowland’s most-loved hidden gems: the Carousel of Progress.

As you can see above, this attraction now features bright, solid, eye-catching colors, and no longer has the drab washed out gears that were painted on this attraction for more than a decade. Though we can’t be sure, it looks like this new, bold color scheme may actually be attracting more guests to this classic attraction, as the Carousel of Progress actually had a line during a recent trip we took to the Magic Kingdom!

2. Tomorrowland’s entrance is in the process of getting an upgrade too 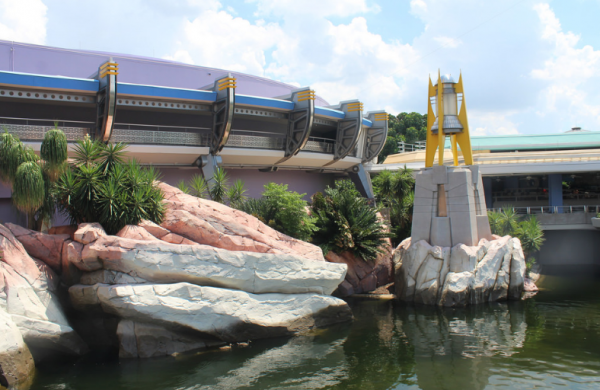 Though you actually have to walk through Tomorrowland to see the Carousel of Progress’ new paint job, even more color changes are coming to Tomorrowland, and these will be immediately visible right from the front of this land. The top of the PeopleMover (next to the Tomorrowland Terrace restaurant) has now been painted purple, and the rocks that surround the entrance of this land are getting primed and painted as well. The picture above was taken a few days ago, and you can compare it with the previous color scheme, which you can see below: 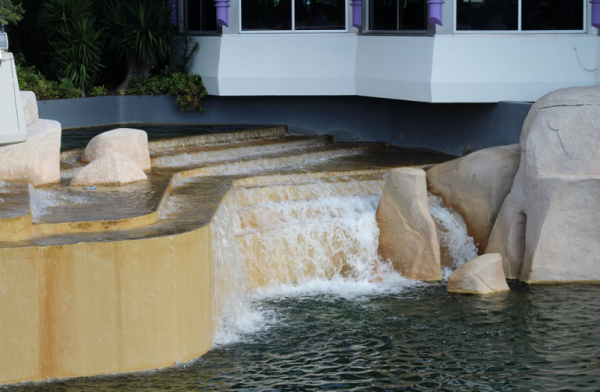 Work is continuing on this project, and while most of the rocks near the entrance and in the water currently sport what seems to be a rust-inspired look, this is probably not the final color for these rocks, and is likely acting as a primer.

Eagle-eyed guests who have walked around the front of Stitch's Great Escape have spied some shiny metallic purple rocks, and many have theorized that these rocks (which you can see in the social media post above) were painted to "test" this dramatic new color before its wide roll out around Tomorrowland's entrance.

While we don't know exactly when this project will be completed, it looks like the gateway to the world of Tomorrow is going to look a whole lot different in the very near future.

The way that I see it they could have gone about this in two ways. firstly do a Wreck It Ralph VR ride with low capacity in the manner suggested above but place it in a larger "arcade" with pay for play activities and monitors showing the vr headsets POV. OR they could plus "Autopia" / "Tomorrowland Speedway" with a Wreck it Ralph re-themeing and have a chance to beat Universal to the inevitable "Mario Kart" attraction. This "Wreck it Racers" (?) could have cars that spin 360 or 180 degrees at strategic points or when you launch candy items at your fellow racers.Exit through the candy shop! Technology is wonderful but replacing real experiences with all digital ones should not be the all encompassing wave of our entertainment future.