While we might not have all the details yet, we know that Disney’s overall goal with Star Wars Land (both at Disneyland and Disney's Hollywood Studios) is to create the most immersive land ever for a Disney Park. Similar to what Universal did with its own Wizarding Worlds of Harry Potter, Disney is aiming to transport guests to a galaxy far far away where Aurebesh is the written language, different species can be found everywhere, and the force is a way of life.

Now while we know that Disney will be training Cast Members to stay “in character” in this land, and there will be some unique food offerings inside Star Wars Land to keep with the theme, some new information has come to light recently that could bring a whole new level of immersion to Star Wars Land. 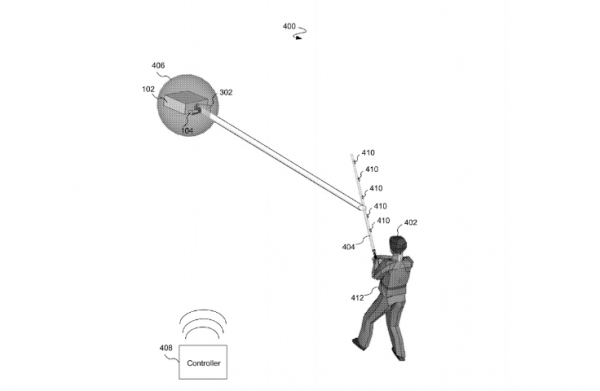 Recently, it was discovered that several months ago Disney filed a patent that will put “real” lightsabers in the hands of theme park guests that will allow them to interact with the world around them (at least inside Star Wars Land) to deflect laser blast effects.

According to PatentYogi (which first made this patent discovery a few days ago) Disney will accomplish this effect via an audience interaction projection system that will build upon the drone technology we first told you about last year. Essentially, special drones will fly over guests who are equipped with lightsabers that include LED lights capable of transmitting IR light towards the drones. When the drone’s IR sensor picks up the signal from the lightsaber, the unit will then project visible light through particulate matter in the air (water vapor, theatrical fog, etc.) which will create the illusion that the lightsaber has deflected a laser beam. The patent also says that these “real” lightsabers will include a haptic feedback feature that will let the guest know they have successfully deflected a blaster shot using their lightsaber with vibration and other unit movement. 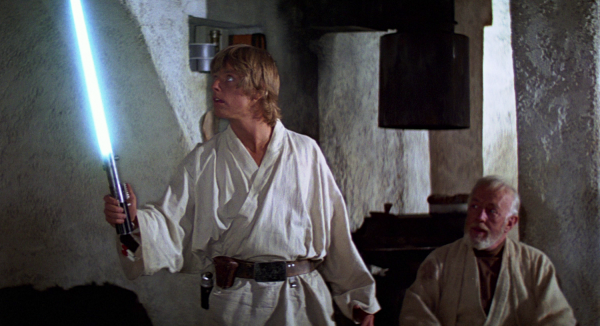 Now while this patent doesn't mention exactly how this new technology will fit into Star Wars Land, we have a few educated guesses about how this new technology may find its way into Disney's theme parks, and one involves a project that Disney has taken care to be very secretive about ever since the official announcement of Star Wars Land last year.