This month's character changes include a new limited-time show at the Magic Kingdom, a special new character meet and greet for annual passholders and select guests, plus a character lineup change at Disney's Hollywood Studios and yet another venue change for a very famous Magic Kingdom duo. If you're a character fan, here's all the changes happening right now that you need to know about! 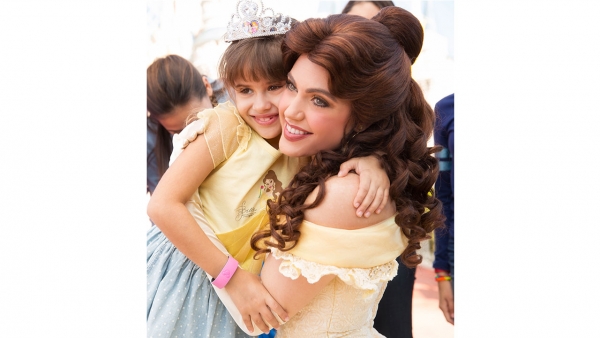 Beginning this weekend, the Magic Kingdom will play host to a special limited-time one-on-one meet and greet with Belle at the Liberty Square Heritage House. This new experience will be available exclusively to guests who have purchased Memory Maker or Memory Maker One Day packages, as well as Walt Disney World annual passholders with complimentary Disney PhotoPass entitlements (which include the Platinum Plus, Gold and Premier annual pass levels). When guests arrive at this new experience, they will need to verify their pass and/or Memory Maker status by scanning their MagicBand before entering.

During this meet and greet experience, Belle will be appearing in her iconic, yellow formal dress, and will be available for these special guests to meet and take pictures with during select times from 11:00 AM to 5:40 PM. This new character experience will be available daily through the end of the month.

2. Princess Elena to get a Royal Welcome later this month at the Magic Kingdom

Princess Elena of Avalor will be making her first appearance at Walt Disney World on August 11th, when a special Royal Welcome show will debut on the Cinderella Castle Forecourt stage at the Magic Kingdom. After the first showing, this new royal welcome for Elena of Avalor will be presented several times daily at the park from August 12th, and will feature Cinderella and Prince Charming welcoming this new princess to the Magic Kingdom. Princess Elena will then arrive accompanied by a troupe of regal banner carriers and musicians and will perform the song “My Time,” from the Elena of Avalor TV series (which is airing now on Disney Channel). You can check out a video preview above. Though this new show has been characterized as a limited-time show, no end date has been set yet.

Still mad that they should have moved the rarer characters along side the common characters(Goofy, Donald & Daisy, and Chip n Dale) and maybe added a few more, but sadly didn't happen. :(