Even though it has only been a few days since it was initially released in the US for Android and iOS platforms, alternate reality game Pokémon GO has already taken the country by storm. The app is already more popular than Twitter and Instagram (at least on the Android platform) according to the Los Angeles Times and has even made Nintendo a cool seven million dollars on the stock market only a few days after release. Unsurprisingly, this alternate reality game craze has hit Walt Disney World in a big way, with tons of players flocking to the resort to catch Pokémon, battle in gyms, gather supplies at PokéStops and connect with other players.

If you’re just getting started with this game, CNET has a great guide on how to get started. And once you’ve got the basics down, you’ll be ready to hit Walt Disney World. However, playing at the resort is a little different than you might expect. Here are some key tips to keep in mind if you want to be the best (like no one ever was) at Walt Disney World.

1. PokéStops are everywhere…including on rides 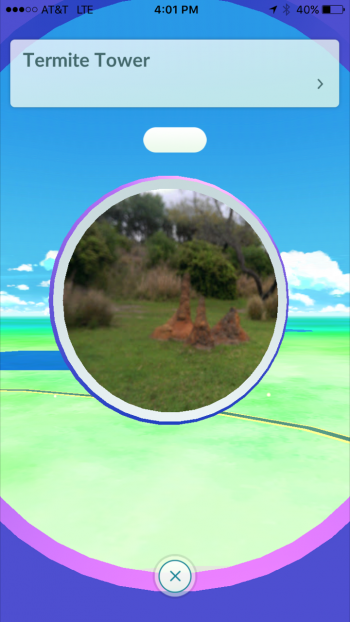 PokéStops are typically found by big landmarks, and as you might expect, Walt Disney World is chock full of these item dropping locations. However, while you can definitely fill up on Pokéballs on Main Street USA really quickly, what you might not know is that there are a lot of PokéStops actually inside rides.

For instance, while you’re riding Spaceship Earth, you can grab some supplies when you reach the area with the large computer tended to by a woman many fans know as “Foxy”. Kilimanjaro Safaris also has several PokéStops, including the Baobab Tree, some of the animal exhibits, and even the Termite Tower. In fact, this ride even has a gym near the end that you’ll be able to see near the end of the attraction. However, you probably won't be able to join or battle at this gym, unless an animal delays your truck and you have some time to battle. Which brings us to our next point…

2. Accept that there are some places where you can’t go 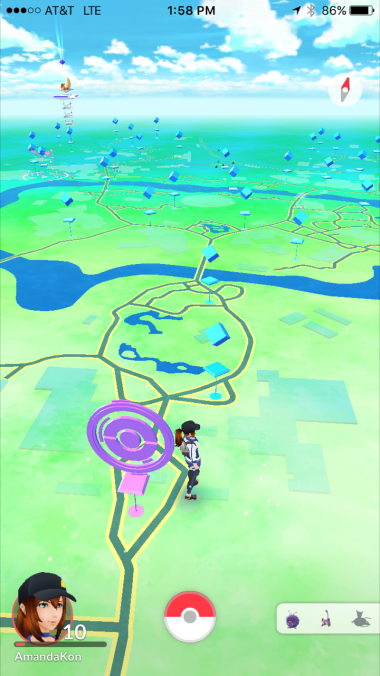 Though Pokémon GO has only been out for a short time, already guests at Walt Disney World have been getting in trouble around the resort with this app, as there are PokéStops, gyms and even Pokémon to be caught in backstage locations, and guests have inadvertently wandered into off-limits areas. Although some restricted spots are pretty obvious (the former Camp Minnie-Mickey has a few PokéStops, even though this area has been closed for some time now and is currently under construction as it transforms into Pandora: The World of Avatar), others are a little bit less apparent, and guests who haven't been paying attention have found themselves wandering into break rooms, equipment closets and other backstage areas by mistake while they were engrossed in the game.

While it may be tempting to pop behind a wall to battle in a gym or step out of a queue to catch a Pokémon, Pokémon GO players have to be responsible, stay aware of their surroundings, and stick to playing in publicly available areas of the parks in order to avoid a potentially awkward (or even dangerous) situation.

I read some kid trespassed onto private property while playing Pokémon Go, and was shot and killed by the homeowner. I'm not saying the game should be banned, but obviously it's got some bugs that need to be worked out before it can be safe for both player and non-player. But maybe while gamers sit and play in "gyms", the lines at attractions will go down.

Unbelievable. While I casually play, I can't believe people are playing the game in the parks! And unfortunately something that will plug up the already over crowded wifi and cellular towers in the area.

Does WDW have the ability to contact Niantic/Nintendo/Pokemon and request "blackout" areas, or have the ability to designate "no pokemon" zones to reduce the "accidental" backlot mishaps? WDW has been pretty strict on unauthorized access and punishments. Can't wait to see if they ban somoene for playing P:G and what the subsequent media fallout wold be.