Frozen Ever After Might Just Be Walt Disney World's Best Ride Yet. Here's Why

Frozen Ever After has been controversial ever since it was announced. Though characters have been slowly creeping in to Epcot's World Showcase over the past two decades, they’ve been implemented alongside real world locations, which has seemed like a happy compromise between the original vision for the World Showcase and the growing popularity of film-based animated characters (and of course Disney's need for corporate synergy in the parks). Though the film Frozen was inspired by the country of Norway, this country is never mentioned in Frozen Ever After.

While this is certainly a thematic issue for the larger World Showcase, when taken by itself, Frozen Ever After as a ride, is a triumph. And here’s why:

1. It’s the story you know, but it is not a book report 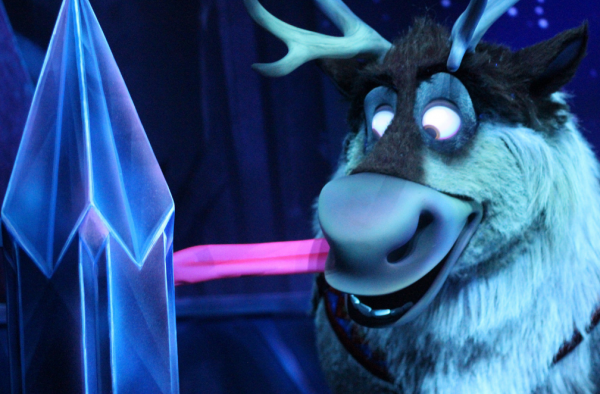 One of the biggest blunders in Walt Disney World’s history was not capitalizing on the success of animated hit The Little Mermaid in the early 1990s. And though Disney attempted to fix its mistake in 2012 with the opening of Under the Sea: Journey of the Little Mermaid, many fans have criticized this attraction as being lazy, essentially hitting all of the bullet points from the film without adding anything new or interesting.

With this in mind, the challenge for Imagineers working on Frozen Ever After was to create a ride that allowed guests to relive favorite moments from Frozen without simply re-telling the story of the film. And fortunately, clever Imagineers have found an ingenious way to do just that. 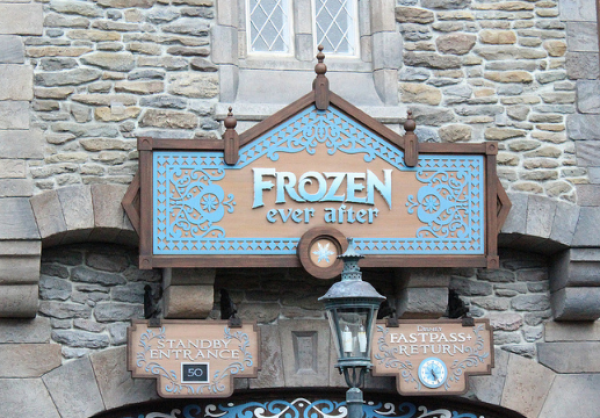 The events of Frozen Ever After take place during a “summer snow day” which is a holiday in the country of Arendelle that commemorates the events of the first Frozen film without simply retelling them. We’ll get more into this on the next page, but if you are trying to avoid spoilers know this: during Frozen Ever After riders experience some of their favorite moments from Frozen in this new attraction, but they won’t be exactly how you remember them, which is a very good thing.

2. Disney has raised the bar for animatronics, again 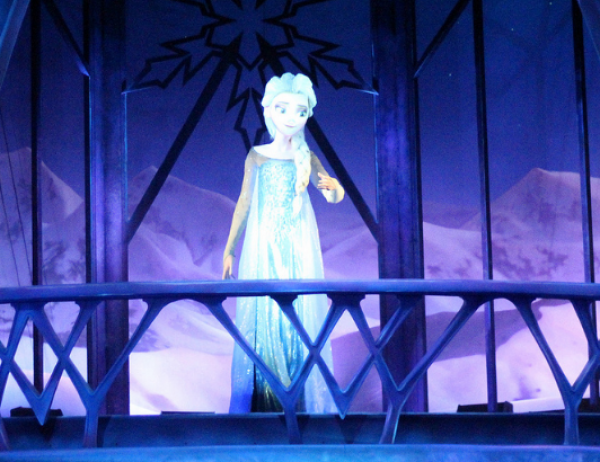 Back when the Seven Dwarfs Mine Train opened back in 2014, fans marveled at the animated animatronics that were used in this hybrid roller coaster-dark ride. And Disney has evolved this technology for Frozen Ever After, continuing to use animated faces for characters like Anna, Elsa and Kristoff that replicate the look of the film on these character's faces. However, it's not just these characters' faces that look like the film. Animatronic movements are extremely fluid, and Elsa in particular pulls off some surprisingly complex hand gestures during the Let it Go sequence that must be seen to be believed.

Note: On the next page we will be discussing specific ride elements of Frozen Ever After (beyond what was revealed in promotional images) in depth. If you want to experience this attraction completely unspoiled, turn back now!

We had a 9am Fastpass for Frozen last Friday so we only waited like 10-15 minutes in line. The animatronics are great but my wife, 3 kids and I were expecting the ride to be better.

I think everyone should keep in mind that before Frozen you could count about 12 people inside of Norway at any given time. This is giving underused area new life inside the park. The gift shop located inside the Norway pavilion is still a nice mix of traditional Norwegian goods and products tied to the film.

I think this serves as an exciting preview as to what is to come for U.S. Disney parks. Many of us have likely watched on ride videos of the rides at the new Shanghai park. I see many of the same elements in Frozen Ever After, albeit on a much smaller scale in the old Maelstrom's enclosed space. I think we will be amazed at what imangineers will be able to create in a much larger space when starting from scratch in the upcoming Pandora rides next year and Star Wars rides, open whenever that will be!

While the audioanimatronics are very impressive, this seems to be a cheap, let's get it done as quick as possible attraction. It seems Epcot is moving away from what it represented when it opened because people don't want to learn, they want to be fed everything. I love Epcot but I really think Disney is moving away from it's roots and is too busy trying to see what Universal is planning and doing and trying to compete with that instead of bringing in the quality, themed attractions. There just seems to be a lack of imagination.
I've seen where people complain about all the screens and lack of actual audioanimatronics in the ride. I agree. Disney and everyone else seems to be relying on screens cuz it's cheaper and easier to implement and change but it's not always best.
I don't know. I'm just kind of tired of all the hype and then being let down. Can't wait for Avatar and Star Wars...(sarcasm) sigh

Why are they holding hands at the end of the attraction?