3 Reasons Wait Times are Falling All Around Walt Disney World

For many, the thought of a visit to Walt Disney World immediately brings to mind amazing attractions, fun characters, and amazing shows. And even though a trip to a Walt Disney World theme park certainly entails all of that and more, there’s one part of every Disney vacation that absolutely no one likes: standing in line. Though Disney has worked very hard to create interesting, interactive queues for guests to enjoy while they are waiting, the fact is that shuffling for an hour or more with hundreds of other guests in a cramped space isn’t exactly fun, even if you have some cool stuff to look at along the way.

However, nearly a month into the busy summer season at Walt Disney World, we’ve noticed something interesting happening at Walt Disney World: wait times are going down. Like anything else, there are a number of factors likely contributing to this phenomenon, both intentional and unintentional on Disney’s behalf. Let's break down exactly why this is happening.

1. Guest levels are down this summer 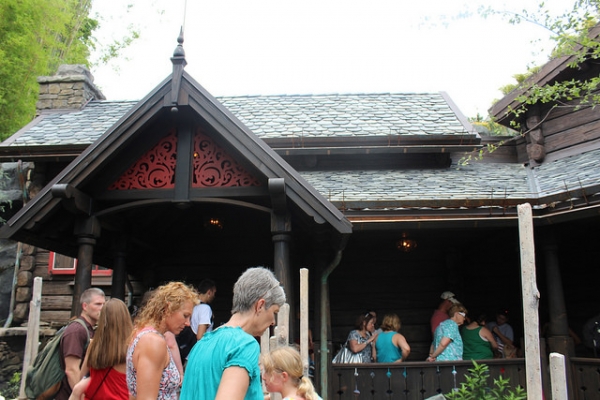 Several weeks ago Disney shared via its financial results that overall attendance was down at Walt Disney World earlier this year. While Disney expected a bump back up this summer (after all, the resort is opening more than half a dozen new attractions), so far we simply haven’t seen very much of an uptick in attendance at the park during the month of June.

Though there are likely several causes for depressed attendance in general, one big contributor is declining visitors from South America (and Brazil in particular). Though throngs of Brazilian tour groups used to be a summer fixture all across Walt Disney World, this year simply hasn’t brought in crowds from this region of the world (possibly due to both Brazil’s economic troubles as well as the impending summer Olympics event), and the parks simply haven't been busy as a result. 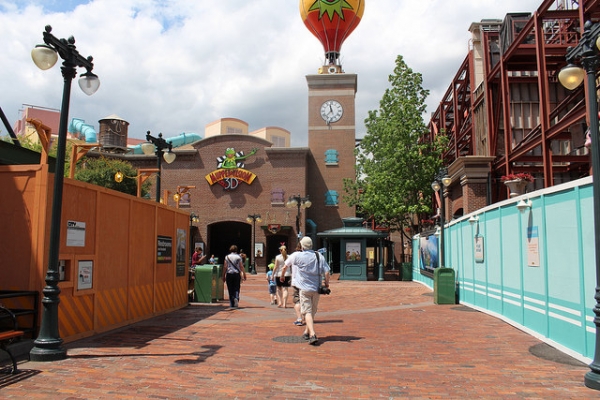 In addition to depressed international traveller levels, another contributing factor to the lower levels of attendance around the resort could be the ever-rising cost of a Walt Disney World vacation, which could be keeping away domestic visitors as well. Though everyone always bemoans the price hikes that come every year, 2016’s annual increases came with a big structural change: surge pricing.

The new demand-based model discourages visits during busy travel periods by increasing prices during the summer and holiday seasons. However, is it possible that Disney has been a little too successful with its new demand-based pricing structure?  Right now guest levels are pretty low, and if guests are indeed waiting for when ticket prices are cheaper, could we see the return of astronomical wait times in the fall, which was previously the “slow” season? It’s obviously too soon to know anything for sure right now, but we’ll definitely be keeping an eye on this as 2016 progresses. 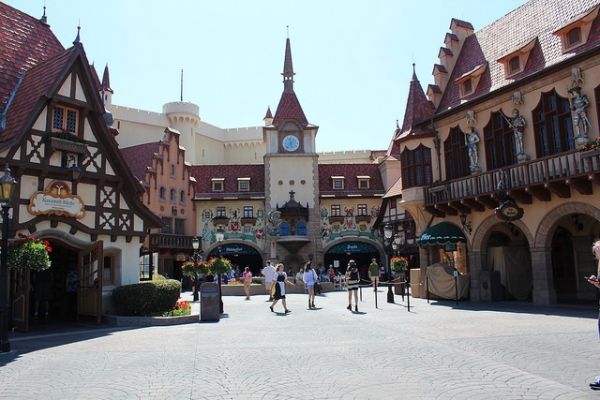 Editor's note: We know that some readers are likely to wonder whether recent events in Orlando have impacted on Walt Disney World attendance. It's too early for us to speculate on that, but we noticed this trend prior to the horrific nightclub attack, and prior to the on-site tragedy involving an alligator.

Though smaller crowds this summer have certainly been a big contributor to lower wait times around Walt Disney World, that’s not the only reason why guests are spending less time in line this summer…

We've been twice already this summer--once for vacation in late June and once on business the first week of August. Both times we commented on the attendance being down. We walked onto Soarin' the first day it opened again with a 20 minute wait time. Many others had low wait times also. Magic Kingdom had evening extra hours and it was eerie with very little crowd. Overall it is down. I never experienced anything but magic from the cast members. Everyone was very pleasant and "Disney-like" Even the weather was slightly cooler and less humid than normal. We are lucky enough to go every year and hope to continue to do so.

You forgot that thousands of pass holders that stop in regularly downgraded to silver passes that have summer
Blacked out.

I'm an annual pass holder. The price increase didn't bother me as much. Basically the same price I paid last year without the $150 down and that added to my monthly payments. I know that will go down next year when I renew again. The reason Disney did those price increases was for new additions to the park. Star Wars, toy story and avatar land, and updates to some older rides coming soon like Everest and Dinosaur. I'm a bit more understanding about that than most people I've read comments from. But I also work as management for demand items where prices fluctuate so much it's easier for me to understand.
My only issue is the food price increase. We just eat off property now. It's easier, cheaper, and I can get something that pertains to my whole group.

I also go anywhere from 1-4 times a month, so this thing has paid for MANY MANY years that I wouldn't have killed myself saving for.

All in all, the staff is just as normal retail. I've only had one negative experience this year and that was with someone I couldn't understand due to fireworks. Otherwise, it's hot as balls out there, and they're probably just tired because of the heat. Give them a little slack people. They're human too and probably don't mean to come off as rude. Give them the extra mile as a great customer and I'm sure you could change their whole day. I know I get cranky as a guest at Disney due to heat or hunger, imagine how they feel.

The lines are the same except for soarin and toy story. They are down thanks to the third que. but everything else, same as last summer. I dislike going during summer. I'm just going for the new versions of rides :)

Don't complain so much people. Just enjoy what you have, family, and the ability to actually do these fun things. Sadly, most can't.

Oh, by the way. I'm a teenager who works retail as an ASM who can afford to take me and my BF there all the time. And I pay all my own bills with no help from the government. If I can afford to do that so can average families. It's all in managing your funds.

I didn't renew my family's Florida Residet Annual Passes when they expired this May because Disney's greed really annoyed me this year. All the annual pass prices went up along with everything else. I used to go 5 to 6 times a year with my family of four, stay on property any where from 3 to 5 days and spend thousands. I'm just so fed up with their price increases that I said enough. Not going back for a long time. Let's also mention the rude cast members all over. Last time we went we were at AK... one of the cast members made my 5 year old cry from her rudeness. All guest services did was offer us a fast pass. WTF was that? Disney doesn't deserve my hard earned money anymore.

We just got back on the 24th. It was the first time I had been in several years. I noticed that the wait times for the lines were not bad at all. It was kind of mysterious to me.

As for the customer service aspect, I noticed that it was lacking in several areas as well. The server we had at Be Our Guest was downright rude and whiny. I was very disappointed as this is one of the things I was most excited about seeing. The cashier at the Tower of Terror gift shop made a snide comment toward us when we didn't bring an alternate form of payment at a time when the Magic Band system wasn't working. The bus drivers used to entertain enroute from one place to another. Now the ride is just full of pre-recorded messages about the next stop. That being said, I still had many more customer service experiences that were extremely positive, especially at Jiko and California Grill. We'll go back again soon... Especially now that we're DVC members. I still love Disney.