Though we have been following the progress on both of the long-term projects at Disney's Hollywood Studios (Toy Story Land and Star Wars Land), not every change at this park is going to be one that we'll have to wait several years for. In fact, just this week some big news has hit this park that will affect guests visiting Disney's Hollywood Studios in the very near future. Including one new opening that will make visits to the park this summer a lot more fun for fans of a certain Midway attraction.

Though Disney was originally projecting that the third track for Toy Story Midway Mania would not open until next week, Disney's Hollywood Studios surprised guests by opening the third track earlier this week, to the joy of park-goers looking to take a spin on this attraction without dealing with its infamous wait times.

And the good news here is that the opening of this additional track (which increases capacity by 50%) has had already had a profound effect on wait times at this popular attraction. Just a few days ago, wait times were hovering between 75-100 minutes, but now with the third track available, posted wait times have fallen by double digit percentages, fluctuating between 20 and 45 minutes on this new track’s inaugural day. This is certainly great news for this ride-strapped park, as the often 100-plus minute wait time at Toy Story Midway Mania has been prohibitive for guests who are not able to make FastPass+ reservations two months in advance and simply aren’t willing to wait nearly more than an hour for this attraction. 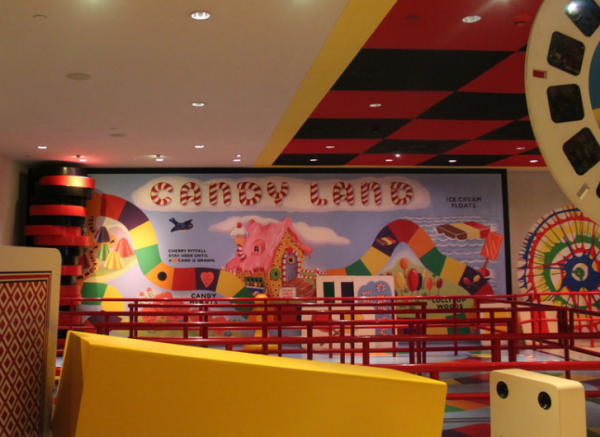 Though we initially guessed that Disney would make this third track FastPass+ only, it looks like (at least during the first few days of operation) that Disney is instead directing both FastPass+ and regular guests to this third track on an ad-hoc basis, depending on how busy each line is. While this policy could change in the coming months as we weather what should be a very busy travel season (in spite of recent declines), not dedicating a single line for FastPass+ seems to be working very well for this attraction at the moment, and is keeping wait times nice and low for everyone.

The addition of the third Toy Story Midway Mania track is certainly exciting, and will add some much needed ride capacity to this park. However, that’s not the only recently confirmed change that is coming soon to Disney’s Hollywood Studios.

2. Pizza Rizzo coming to the Muppets Courtyard later this year 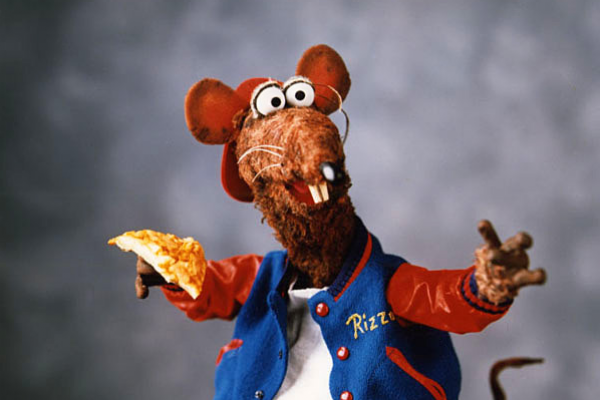 While it was all but assumed up to this point that the refurbishment of the former Pizza Planet would bring a new theme to this quick service establishment that would fit in to the new(ish) Muppets Courtyard themed land at Disney’s Hollywood Studios, WDWNT has cited an internal source as confirming that this dining location is indeed being re-themed to something Muppets-related. And those who know their Disney’s Hollywood Studios History will be very pleased to learn that Disney is revisiting an old idea for this park: Pizza Rizzo!

Though it isn’t exactly The Great Gonzo’s Pizza Pandemonium Parlor (which was the original theme for Mama Melrose’s and would have included an ambitious food delivery system that saw animatronic Muppet rats bringing food to guests’ tables), this still sounds like quite an exciting development, especially for Muppets fans who were concerned about the future of the franchise after ABC cancelled The Muppets TV show a few weeks ago.

While we still do not have an opening date available for this refurbished and re-themed dining experience, based on the visible work going on at the restaurant right now as well as permits filed in relation to this project, we would guess that Pizza Rizzo will be open before the holiday season, possibly as soon as October 2016.

I just stopped by yesterday and wait times were at 70 minutes. Significantly less than 120+ - on a holiday - but I was still expecting under 60. Maybe I'm crazy! I haven't gone on TMM since 2012 @ WDW because of the giant lines and I was shocked that Mr Potato Head was no longer in the queue. Kinda sad about that.

I just visited Hollywood Studios for mthe very first time a few weeks always because i was afraid there wasnt enough to do in the park to keep us busy but there was plenty to do n had a blast i think the extra track idea is great cause we only rode it once with our fastpass but if the line had been shorter we would have ride it twice i however mussed the fantasmic show that i was hoping to see due to a thunderstorm right at time show was to start unfortunately.

I will definitely be going to HS when I go in November. While the attraction list is small, most of them are "must-dos" for me. I couldn't imagine going to WDW without going on Tower of Terror, Star Tours or seeing Muppets 3D. And going on Midway Mania for the first time during my last trip immediately put it in my top attractions lists, even despite the wait times. So for me, the question isn't if I'm going to HS, it's how long am I staying? I could knock out all of my favorites and a few others in half a day. Dinning in the park isn't spectacular and Fantasmic is starting to show its age, IMO. And while I love going around all of the parks to see all the details and little treasures, the part of HS that had a lot of those is gone (Streets of America). For me, the variable is Star Wars: A Galactic Spectacular. If it's good enough, it will probably entice me to make a full day out of HS.

I have been visiting HS since the year it opened well before I met my wife. We go to WDW about twice a year as DVC owners. HS is always on our list. Toy Story is a must do for us but we enjoy some of the slower pace activities too. We were lucky to be there for one of the last Star Wars fireworks that they had for the winter version. If the version of Star Wars: A Galactic Spectacular is even close to that version it will be amazing. The prior Star Wars fireworks were by far the best show I ever saw at Hollywood Studios. Better than last year's Frozen and better than the original Sorcery in the Sky. Cannot wait for Sept. to see it!

Does anyone know exactly when the third track at Midway Mania was opened? I was just left Disney on Monday and wondering how much I missed it by