With the opening of the newest phase of Disney Springs this past weekend, and the introduction of nighttime operations at Disney's Animal Kingdom just around the corner, its easy to feel like all the news out of Orlando theme parks lately is Walt Disney World related.

However, Universal Orlando Resort has been making some big waves of its own in recent days as it gets ready for the 2016 summer travel season, which will not only bring the rebirth of the resort's iconic Incredible Hulk roller coaster, but also the opening of the all-new Skull Island: Reign of Kong attraction at Islands of Adventure. And speaking of this thrilling new ride, Universal recently confirmed some huge news about this future attraction that we've been waiting over a year for. And by huge we really mean literally gigantic.. 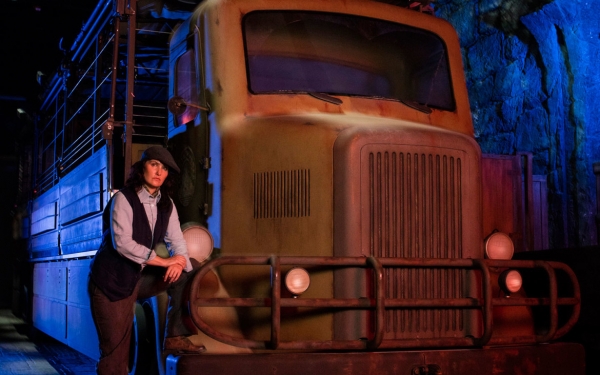 Last year when Universal first confirmed that it was working on a brand new King Kong-themed attraction for Islands of Adventure, details were scarce. Though Universal Creative Executive Producer Mike West said the in-development ride would be “multi-experiential” back in 2015, trailers only showed digital footage and the park stopped short of confirming that anything other than screens and practical sets would be used in the actual attraction itself.

However, in what will probably be the final promotional video for this attraction before it opens (hopefully in just a few weeks), Universal has gone ahead and confirmed what we’ve all been hoping for: that a larger than life King Kong "figure" will indeed be roaring to life inside this attraction. Check out the video below for your first up close look at this amazing beast:

Though the video above only gives fans the tiniest little sneak peek at the big banana himself, Universal has confirmed that this King Kong figure will be a huge three stories tall and 18 feet wide at the shoulders. Even his head will be massive, as it has been confirmed to be bigger than a car! Though we still don't know what kind of technology will be used to bring King Kong to life (some have said this will be a jumbo animatronic that uses technology similar to the former King Kong attraction at Universal Studios Florida while others have said this version of King Kong will be more of a large-scale puppet), the fact is that whatever technology is actually powering King Kong, this beast is going to look amazing when guests finally come face to face with this gigantic icon. 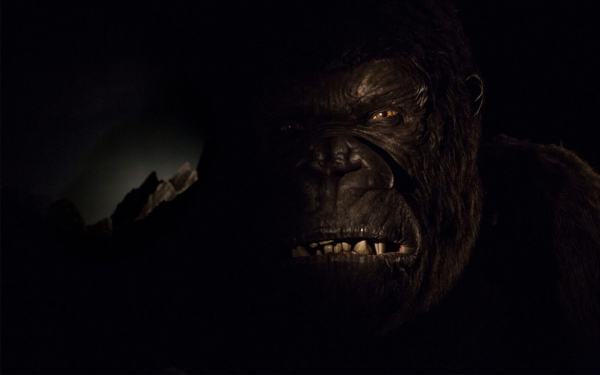 In addition to King Kong's massive dimentions, it has also been confirmed that this huge figure will be located towards the end of the attractions (suggesting that the screen-based effects will be in the beginning and middle of the ride, with this giant figure acting as a "finale" of sorts). And if guests aren’t already wowed by the sheer size and scale of King Kong, there will be some supporting effects to really make the experience as intense as possible.  Universal has said that guests at this attraction will be able to “feel [King Kong’s] breath sweep across [their] skin and his thunderous roar reverberate through every bone in [their] body.” Sounds intense, and we can't wait!

Though the reveal of the King Kong figure is certainly a huge development, there are some other things happening at Universal Orlando Resort guests (particularly annual passholders) should know about as well...