Disney Needs to Address These Problems With MyMagic+ ASAP

Walt Disney World has been making some amazing strides in recent months in regards to its MyMagic+ technology, including making FastPass+ reservations easier to obtain, implementing StoryMaker personalization across all four theme parks, and finally allowing guests to make FastPass+ reservations at multiple parks, on the same day! However, though a lot of progress has been made this year, there are still a number of features that guests are waiting on for MyMagic+ that are long overdue that Disney just seems to be ignoring...

1. There is no way for guests to opt out of StoryMaker personalization 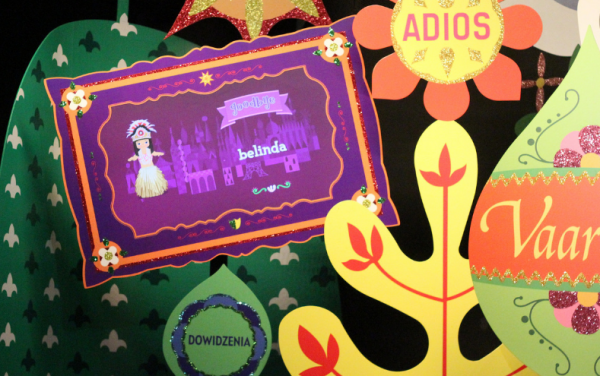 Over the past few weeks we’ve been witnessing the quiet rollout of Walt Disney World’s StoryMaker technology, which allows guests to become a part of their favorite attractions. Using the RFID technology in their MagicBands, guests have recently been able to see their names displayed on It's a Small World, Mission: Space, and most recently at Space Mountain and Toy Story Midway Mania. At other attractions, like Rock 'n' Roller Coaster, guests' hometown is also displayed, and birthdays almost always trigger something special on StoryMaker-enabled attractions.

Though there are those who enjoy the ubiquity of this technology around Walt Disney World, there are those who may feel a little uncomfortable about it and are worried about their privacy.  Now while the argument can be made that in a public place like Walt Disney World, there’s no reasonable expectation of privacy, those who are uncomfortable with their name (and potentially where they are from and when their birthday is) being displayed currently have no way to “opt out” of the StoryMaker feature. Which seems like a gross oversight on Disney’s behalf in an age where guests are increasingly worried about their privacy.

The very essence of MyMagic+ is that this technology is a way for Walt Disney World to tailor the theme park experience to each individual guests’ needs. However, by not allowing guests who are concerned about their privacy to opt out of StoryMaker, Disney is potentially opening itself up to even more criticism from guests who don't think Disney takes their privacy concerns seriously. As StoryMaker is added to even more attractions at Walt Disney World in the coming weeks, it would serve the resort well to address this issue, before it becomes a big problem.

I like magicbands, the tech inside them allows things that are not possible with smartphones or smart watches.

Yes they contain NFC like many Android phones have had for years and is also in newer iphones and apple watch. But thats just for short range scanning at the entrance, fast pass and some photo locations. Hotel guests also get their room door and purchases via NFC.

But magic bands also feature long range detection. Which allows automatic ride photos and videos, the recent story book enhancements. I really like that.
The bands are waterproof (e.g. waterpark ready)
They dont require your smartphone to run powere sucking GPS. They work if you dont have a smartphone, or it ran out of power.
Your happy to let your 4 year have and wear one. Loosing it and replacing it is not going to cost a fortune.

We used magicbands as a party of 12 from the uk (three families with ages 2 to 45). All had magic bands apart from the baby. We had memory maker so had the automatic ride photos. Used the photographers like there was no tommorow with any member easily able to scan their band.

Things that need to change:
* Staying offsite means we couldnt purchase things with the band. Also we are from the Uk, guess linking a credit card might be even harder to build. But why can't you load money to you account like a gift card?
That said using my NFC enabled credit cards is no hassle. Except maybe at a waterpark.

* Reserving fast pass 30 days ahead (offsite) especially from the uk meant waking up at 4am each day for two weeks. Just to try and get the better attractions. That requires some dedication and is a bummer

* It should be easier (maybe it is now) for offsite guests to purchase magic bands. Especially in other countries. We ordered the plain ones sent to a freind on the USA. He then brought them to the uk when he visited. Let the Disney Ticket resellers ship them.

I've never had a problem with free parking just using my MagicBand. In fact, the last time I visited this past March the toll booth cm scanned it.
Concerning privacy, there's one very simple way to avoid the StoryMaker upgrades: don't wear a MagicBand.
Much ado about nothing here.

I've had my magic band scanned multiple times at park parking gates to validate pass and was told the discount card is no longer needed. Biggest feature missing for pass holders is being able to link credit card.

I'm disappointed that there continues to be a negative attitude to Magic Bands on this site. We've just returned to the UK after a two week vacation at WDW and our second since Magic Bands were introduced. We've found them to be a great concept. We would argue that they are a robust and ideal accompaniment to a visit and currently offer the best method of combining Park tickets, room keys and meal points in a single convenient package, as they're much less likely to get lost as paper or cards and great for visiting the water parks where a smart watch would not be practical or safe from damage. Our improvements would be minimal, better scanning points for the hotel parking entry gates and perhaps, dedicated lines when entering the theme park parking lots, to cut down on getting stuck behind those paying in cash - something that might prove frustrating as we move into peak season. We would still like to see some popular attractions get an option to obtain an extra fast pass at the ride entry (for a return later the same day). Don't get us wrong, expanding the functionality to smart watches would be good, with a dedicated app to show reservation times and make changes, the functionality could be excellent and if Disney were to make an Apple and Android app a premium cost app store purchase, a profitable and cost-covered alternative for those who want it. But, navigating the parks without having to load up with lots of cash or even carry a wallet was a great bonus and tapping-in without fear of bumping or scratching the screen of an expensive watch, or even an NFC enabled smart phone, makes for a very practical solution - one that isn't dependent on charging your device or one that leaves you in constant fear of battery death. We wore ours on the opposite wrist to our watches and never felt burdened, as for privacy concerns, what's the fuss? Seeing people delight in a personal greeting helps improve engagement at a time where the criticism is that the theme parks are becoming less personal.

Anytime I go through a toll for parking at the parks, they scan my MagicBand, they've never asked for the card...?