While we can't wait to see the future of Disney's Hollywood Studios, even the most ardent defender of this park must concede that over the past few months this park has essentially turned into a giant construction zone with a few attractions in between. However, after taking a quick walk around Disney's Hollywood Studios this month we're happy to report that visible progress is being made on a number of the park's biggest construction projects.

Among the most notable developments this month, more demolition is happening in the area where Star Wars Land will eventually be, new equipment is being installed in preparation for the newest Star Wars nighttime spectacular, plus a very important permit is filed that will eventually change how guests enter and exit Disney’s Hollywood Studios as early as next year. Here's all the progress guests at this park can see (and some they can't) during the month of May.

1. Demolition finally ramps up to clear the way for Star Wars Land 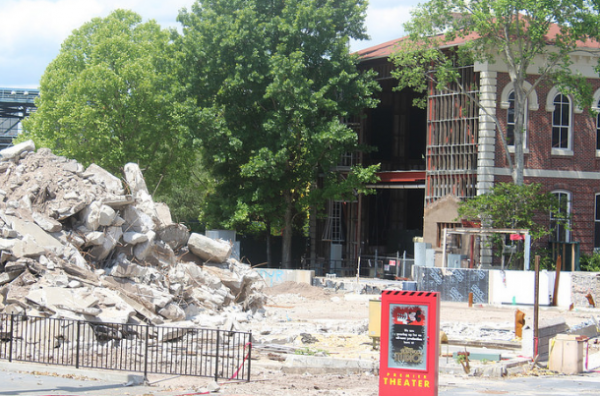 Though the area where Star Wars land will eventually sit over at Disneyland has been cleared for several weeks now, it looks like Disney’s Hollywood Studios is unfortunately still playing catch-up with its west coast cousin, as most of the Streets of America structures are still very clearly visible from the rear of the park. However, those who are tall and feel like hanging out by the MuppetVision 3D exit can see that at least some demolition in this area is happening now. The most dramatic change is of course the former Premiere Theater, which as you can see above has now been completely reduced to rubble. Also visible above is some of the facade work coming down around this area, though it seems to be slow going.

While we don't have any confirmation, inside sources suggest that next week will see the beginning of the removal of the Lights Motors Action theater, which of course has a massive footprint. Although this former attraction area is barely visible from behind the walls at this park, we should at least be able to see in the coming months when this theater finally bites the dust. 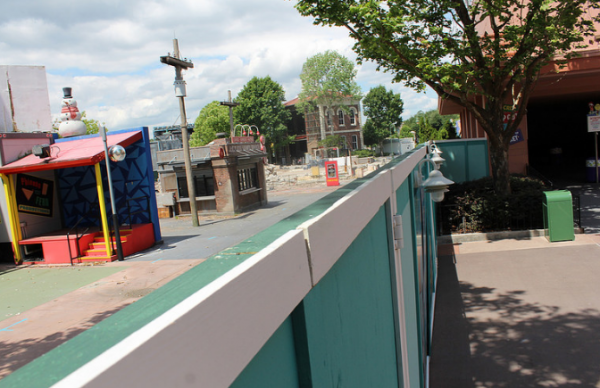 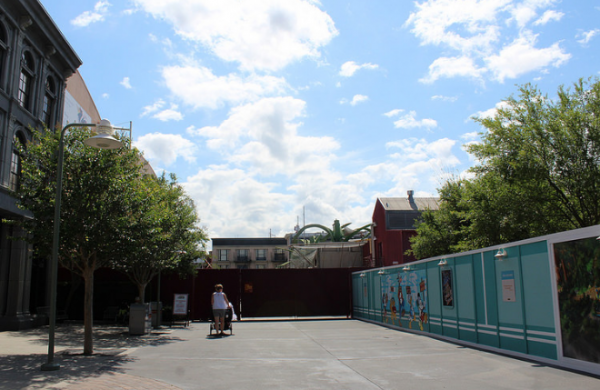 While demolition looks like it is ramping up in the area currently earmarked for Star Wars Land, the corner of the park that will eventually become Toy Story Land looks exactly the same as it did when the walls first came up at Disney's Hollywood Studios, over a month ago. However, though the area in guest view is essentially the same, inside sources say that demolition in the former Studio Backlot Tour attraction is moving along swiftly, with the former Catastrophe Canyon setpiece completely demolished, and other structures soon to be completely gone. 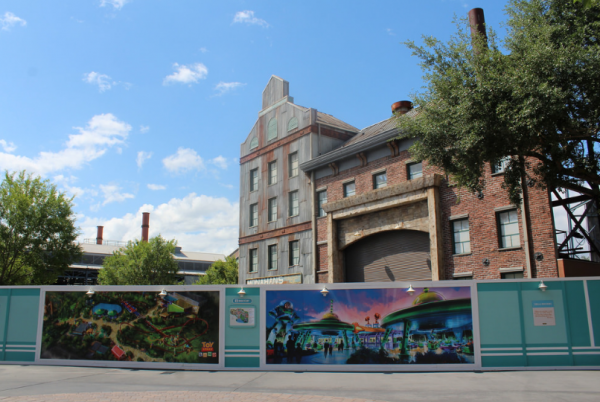 As we reported previously, the Earffel tower has also been completely removed from this area, although we don't know if it was demolished (like the former park icon Sorcerer's Hat) or simply dismantled and put in storage.

Even though we can’t see progress being made in this area, it is still happening out of view, and perhaps we might see some demolition near the walls soon as Disney gets ready to begin construction on Toy Story Land in earnest, sometime in the coming months. 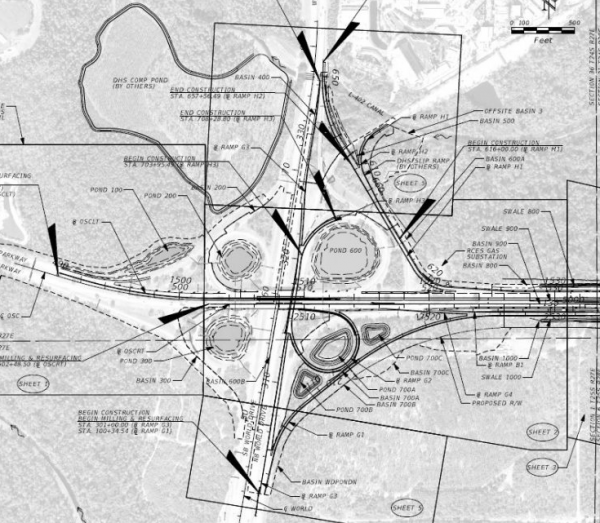 Earlier this month, permits were filed with the South Florida Water Management District for the reconfiguration of several local and county roads that service Walt Disney World, including Osceola Parkway, Victory Way and World Drive. When completed, there should be a new interchange on Osceola Parkway that will help funnel guests towards to the long-rumored new entrance for the park.

Not only will this development help with the forthcoming new identity for Disney’s Hollywood Studios, but a new entrance and exit will also relieve pressure on World Drive, which often builds up and causes traffic jams when both the Magic Kingdom and Disney’s Hollywood Studios close at the same time. Work on this project will begin later this year, and could be complete as early as 2017.