Yesterday, the Oriental Land Company (which owns Tokyo Disney Resort) made some big announcements about the future of the resort, which include plans to construct a whopping five new attractions in the next four years. While none of these upcoming attractions have specific opening dates (the press release announcing the new attractions simply says all of these new experiences will be completed by 2020 with one exception we'll get to in a minute), it looks like some ambitious new projects are getting ready to kick off at Tokyo Disney resort. But first, let’s talk about what projects have now been confirmed to not be happening at the resort…

1. Frozen land has been cancelled (along with Alice in Wonderland) 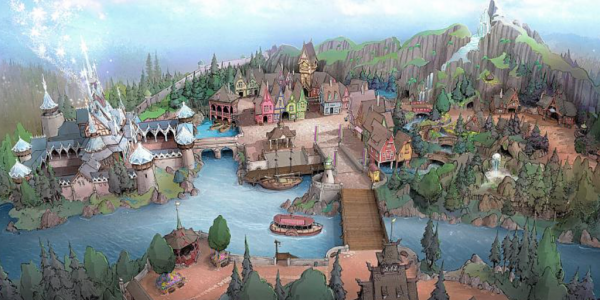 Though Frozen-themed projects at both Epcot and Disney California Adventure are nearing completion, it looks like Tokyo Disney Resort has had another look at their plan to bring the world of Arendelle to life at Tokyo DisneySea, and has opted to sadly Let it Go. In addition, it looks like the plans to construct an Alice in Wonderland-inspired maze and character meet and greet to Fantasyland at Tokyo Disneyland have also been scrapped as well.

No reason was immediately given for why this change was implemented (though rumors suggest that increasing construction costs thanks to the 2020 Tokyo Olympics played a part), but the good news is that Disney has announced some new plans that we are pretty excited about:

2. Beauty and the Beast's new land (and new ride) get detailed 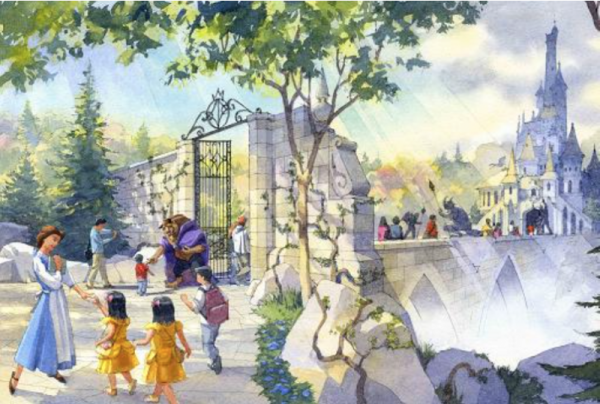 The sole surviving concept from the original Tokyo Disneyland expansion plans announced last year is the new Beauty and the Beast area in Fantasyland. While details were scant in the initial announcement, the Oriental Land Company has finally let us know what guests looking forward to this new area can expect when it opens sometime in the next four years.

The headlining component of the Beauty and the Beast area will be a new dark ride that will allow guests to board enchanted serving dishes that will dance in time with the film’s well-known musical numbers all while following Belle on a romantic adventure deep into the enchanted Castle where she dances her way into the heart of the Beast, just in time to break the fateful spell. 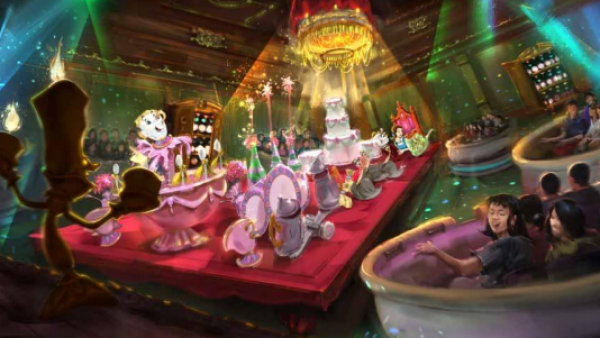 The ride concept sounds similar to other "film summary" style dark rides (like The Seas With Nemo & Friends or Under the Sea: Journey of the Little Mermaid), but instead of using Omnimover-style vehicles, it looks like this new attraction will use trackless technology to deliver a more exciting experience. Guests on these cutting-edge vehicles will now be able to move in multiple directions, as can be seen in the concept art above where guest vehicles are "dancing" around the table, presumably to the tune of "Be Our Guest".

In addition to the new (as yet unnamed) ride, the new Beauty and the Beast area will also be getting its own version of Gaston’s Tavern as well as a new shop.

They never said Frozen was not happening. The space is still there and it could still be in development.

Just to make a reminder about this whole future project of Tokyo Disney Resort and the two parks. I remember that the original announcement of all of this, which did include moving IAsW and a new Alice attraction in it's place, was a several year plan that, with my math at the time, would amount to a lot more stuff being designed, created and installed by....2023. So the fact (at least for now) that they're only going to 2020 with this, is pretty encouraging that there might indeed, still be more stuff around the Resort corner.

Huge Revenue Increase For Disney Parks In First Quarter 2022, Genie+ Appears To Be Working Its Magic