Last month, we reported that Disney was finally putting the Storymaker application of its MyMagic+ technology to use inside It’s a Small World, with the finale “Goodbye” room of this attraction now including personalized screens that would display guest names seemingly at random.

At the time we applauded this enhancement, and hoped that Disney would find new uses for Storymaker around the park in the future. However, while we were initially thinking it might be a few years before this technology would roll out in a big way around the resort (things at Disney never seem to happen overnight), it looks like Disney exceeded our expectations and had  a much faster plan in mind. In the past few days, Storymaker enhancements have rolled out across the resort in a number of attractions, with Disney largely remaining silent about the changes, and guests being pleasantly surprised to see them now in use at some of their favorite attractions.

While we're sure that this is just the beginning for Storymaker technology at Walt Disney World, here are four brand new attractions that are using this technology right now around the resort (in addition to the aforementioned It's a Small World): 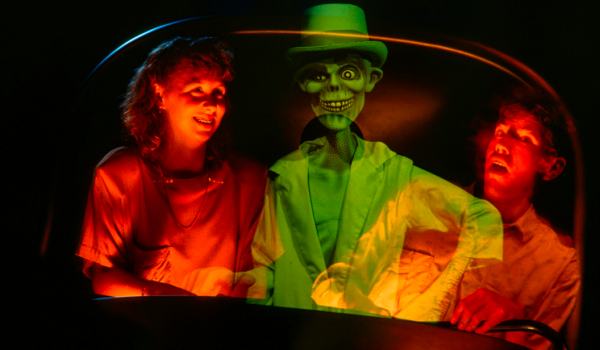 The Haunted Mansion surprised guests several years ago when the formerly animatronic finale scene at the close of the ride was replaced with CGI-enhanced effects that allowed hitchhiking ghosts to perform a number of digital "pranks" on guests, which included the ability swap faces, blow up balloons, and perform other amusing antics. Though some complained about the loss of the classic animatronic component of this effect, most guests found the change to be a welcome one, which perhaps explains why Disney has tinkered with this attraction’s final scene even more.

The former animation has been swapped out effective immediately, and guests who board this attraction will now enjoy new custom digital effects, that include information from their MagicBands including guests' names and location. For instance, hitchhiking ghosts will now hold up signs with each guest's hometown information on them, that say “[location], here we come!”. In another interactive effect, tombstones featuring each guests’ name pop up from beneath the doom buggy. There is even an effect for guests who are celebrating a birthday, as a ghost will pop up to present the buggy with the birthday girl or boy with a spooky spectral cake! There are quite a few different animations available with this new enhancement, so you might want to ride a few times to see if you can catch more than one! 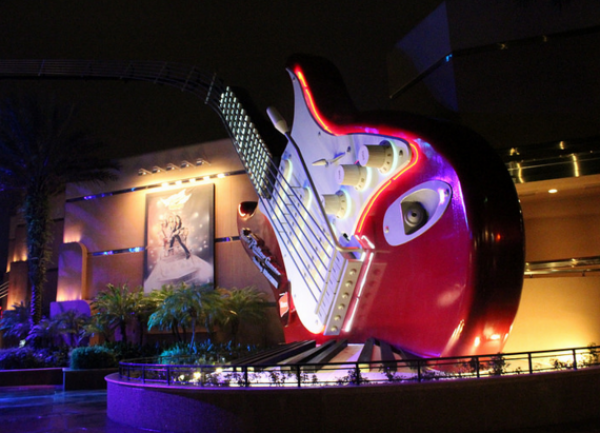 The recent change at this attraction is a little bit more subtle than the one at the Haunted Mansion, and if you’re not paying attention you just might miss it! When you get to the interior part of the Rock 'n' Roller Coaster queue, check out the concert posters on the right and left side of the hallway (directly before the doors). You might just see your name as the newest headlining act, with your hometown at the bottom of the poster. Though this is a relatively small improvement (and doesn’t change the ride experience at all) this is a cute little use of this technology and adds that extra little bit of personalization to this ride. In fact you'll see that some of the other uses of Storymaker technology throughout Walt Disney World are a lot like this example...

My hope is that the cgi version of Ezra will eventually be fixed to look more like his audio animatronic. This personalization of rides, while inoffensive and probably harmless, is also really empty. I don't care if the ride knows my name. I care if the ride is really good.

All this interactive queue nonsense to give the guest a sense of "value." Total waste of money. Wish those MyMagic+ dollars had been spent on more new attractions.

Oh, and that little HUGE recent extension of Fantasyland was a total bust as well. lol

MM+ was rolled out at the beginning of 2013. 3.5 years later we have names on screens and ride photos that link to photopass automatically. Neither is exactly a "wow" from the guest experience, and frankly, I think the name thing is a little creepy.

I think it is fun. Hopefully, they will handle our information responsibly. Do you know if the birthday thing is specifically on the person's birthday or will it be a day before and after birthday as well?