Hot on the heels of the announcement of the $150 Magic Kingdom After Hours upcharge event, news of another upcharge event has been leaked via the My Disney Experience app. Unlike the After Hours event, this new one will appeal to early risers and cost substantially less. According to the leaked information from the app (which was taken down a few hours after Disney became aware of the error) this new event will be known as Disney Early Morning Magic – Fantasyland, and will cost $69 per adult and $49 per child.

Though this event isn’t quite ready for guests to book just yet, it probably will be soon, and will perhaps provide better value for guests looking to ride some of the Magic Kingdom’s most popular attractions before the park opens. Though information is subject to change (the listing looked very complete when it was live, but we'll continue to treat this as rumor until we get official confirmation), here's everything we learned about Early Morning Magic before the event listing disappeared

As you might have guessed from the name, Disney Early Morning Magic will allow guests to enter the Magic Kingdom at 7:30AM, more than an hour before rope drop. Once inside, guests will be directed towards Fantasyland so they can be the first to experience three Fantasyland attractions during this time: The Many Adventures of Winnie the Pooh, Seven Dwarfs Mine Train and Peter Pan’s Flight.

From the event start time until 9:00AM (when the park opens), guests will be able to enjoy exclusive access to these three attractions with virtually no line. However, even though the park will open to all guests at 9:00 AM, the event will go on until 10:30AM, more than an hour later. But that doesn’t mean there won’t be anything to do… 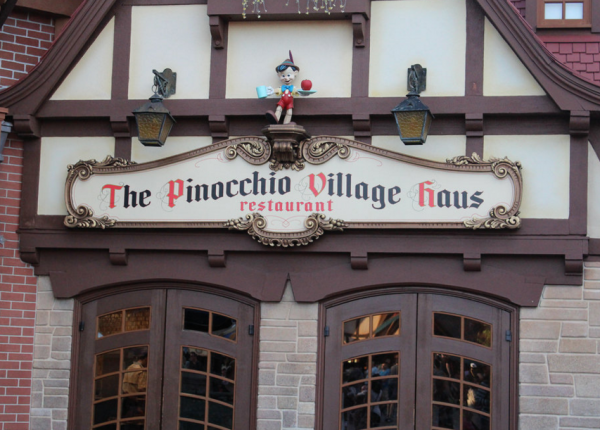 While the opportunity to experience these popular rides with little to no wait is the most attractive part of this new upcharge event, once guests have had their fill of these three attractions before park opening, they can take part in a breakfast buffet served at the Pinocchio Village Haus restaurant.

Though the breakfast will initially be served at the start of the event, most guests who attend this event will likely want to get their ride time in first, and save breakfast for after park opening at 9:00AM. Fortunately, guests will have quite a bit of time, as breakfast will continue to be served until 10:30AM. For those wondering, here's the official menu for the breakfast buffet:

If these new upcharge privileges sell out, and it's almost certain that they will, what's to stop Disney from eventually getting rid of Extra Magic Hours altogether, and offer only the upcharge? They are after all in the business to make money. Each guest decides what's valuable to them. For local pass holders like me this is just more nickel and diming.

To be honest, Disney is already doing this to those staying on Disney property. Disney hotels (particularly budget hotels) are more expensive than those off site. A big portion of that premium is the privilege of Extra Magic Hours.

I have no problem with these up charge events that adds extra time to their park touring to those willing to pay for it. I doubt it is something I would do as I employ a pretty successful touring plan when I go to the parks, but more options should make more people happy, especially Disney execs and the added money they will be making.

This Early Morning uncharge event sounds like something our family would do. I like the idea of access to these rides and breakfast. For our family of 4, this would cost about $240. That said, the $150 per person after hours access/event is not good value for the dollars spent in my opinion.