While it may seem a little premature to be looking ahead to fall (after all, spring has just gotten underway), Disney has released the first details about this year's edition of Mickey’s Not-So-Scary Halloween Party a little earlier than normal. And while we are still waiting on information concerning when tickets will be available (or perhaps more importantly, how much they’ll cost), Disney has confirmed when guests can attend this event, what kind of entertainment will be waiting for them, and perhaps most importantly, what impact the new costume guidelines will have on guests wanting to look their best for this annual tradition. Fortunately, on that last point we actually have some very good news to report...

1.  Costumes are (for the most part) OK again on party nights 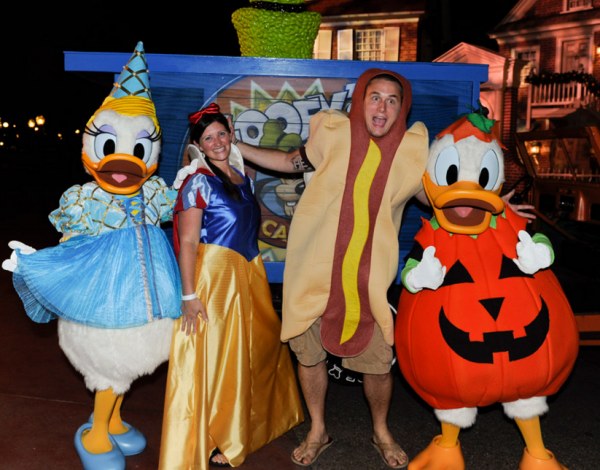 Late last year Disney announced that all costumes were banned at all of its theme parks across both Walt Disney World and Disneyland Resort for guests over the age of 14. While this wasn't exactly a shock for normal operating hours (costumes for adults have always been frowned upon) Disney surprised guests last year by announcing that the ban also extended to special events as well. Many guests were upset by this development, as part of the fun of Mickey's Not-So-Scary Halloween Party is being able to get dressed up in your best costume and strut your stuff on Main Street USA. While Disney stayed firm in its position at first, many guests were hoping that Disney would relax this ban as we moved closer to the event.

While we had to wait a few months, it has now been confirmed that the costume ban will be indeed be eased during Mickey’s Not-So-Scary Halloween Party in 2016, at least at Walt Disney World. The resort officially confirmed yesterday that “costumed attire may be worn” during event nights, but added that “guests ages 14 and older are strongly discouraged from wearing layered costumes or costume props that surround the entire body as they may be subject to additional security screening”

Essentially this means that all forms of DisneyBounding, and the majority of simple costumes will be allowed during the event with no issues. Although guests over the age of 14 are being "discouraged" from dressing in super elaborate costumes (like jedi robes, for instance) this isn't an outright ban and these guests will probably need to go through a metal detector and/or have a hand-held metal detection wand waved around their outfit before they can enter. Note: floor length outfits, ballgowns, and anything that covers the entire body is still prohibited at the party, even under the relaxed guidelines. 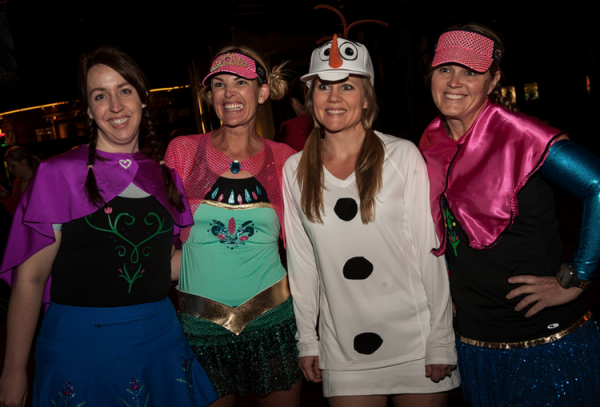 Though the in-park costume guidelines have been modified for event days, the ban on all props that resemble weapons will continue to be enforced during Mickey's Not-So-Scary Halloween Party. So even though you can bust out your Fedora this year and attend this event dressed as Dr. Indiana Jones, you’ll need to leave your whip and pistol behind in order to comply with the rules.

Now while it looks like the ban has been lifted at Walt Disney World for 2016 it is important to note that if you are thinking of attending this event’s west coast cousin, Mickey’s Halloween Party at Disneyland Park, the ban is still in effect until otherwise stated. While we'd expect that guidelines will be relaxed here as well, nothing official has been confirmed quite yet for Disneyland Resort.