One of the great things about Walt Disney World is that Disney is constantly trying new things around the resort in an effort to make the guest experience as streamlined and enjoyable as possible. Sometimes, these limited time tests lead to cool, new things (like the ability to order food in advance using My Disney Experience, or see your name while visiting with characters or riding It's a Small World). However, not every test is a slam dunk. Here are some tests going on right now at Walt Disney World that are having decidedly...mixed...results.

1. Parking fees at the Magic Kingdom and Epcot 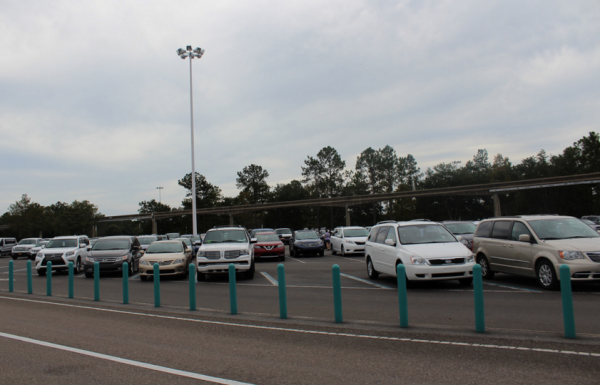 Last week we reported that Disney was considering implementing an upcharge for parking closer to the theme parks, and it looks like as of this week the new parking prices are in effect at both the Magic Kingdom and at Epcot (but interestingly, not at Disney's Animal Kingdom or Disney's Hollywood Studios). Though Disney has yet to make an official announcement about the new parking fees, guests who visit either of these parks will see some new signage at the front gate that reveals a new “preferred parking” option available for guests who are willing to pay a posted $35 fee ($15 for annual passholders, DVC members and resort guests)

Over at the Magic Kingdom, this new preferred parking upcharge will grant guests access to the Aladdin parking lot, which is directly across from the Ticket and Transportation Center. Of course, that doesn't quite bring guests up to the gate of the park, as they will either need to walk the fence or hop a tram to get to the monorail or ferry that will eventually bring them to the Magic Kingdom’s front gate. 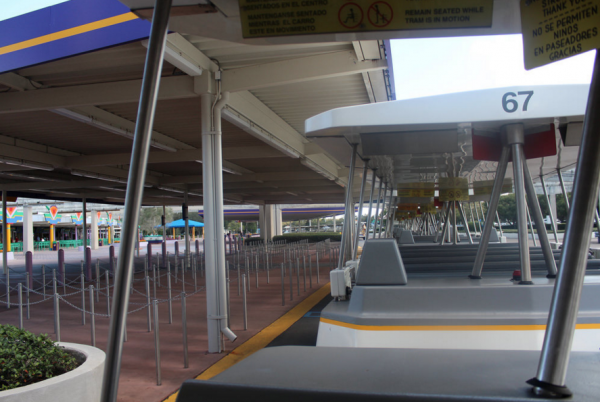 Over at Epcot, the premium parking cost is the same, and guests who pay for the upgrade will be directed to the Journey parking lot, which is only a few steps away from the security checkpoint area.

Inside sources say that this is only a test, and Disney will likely return to regularly-priced parking in the very near future. Though some might express a little skepticism on that point (after all, if something is making money, why discontinue it?), the first few days of Disney’s test of preferred parking haven’t exactly yielded the most impressive results. 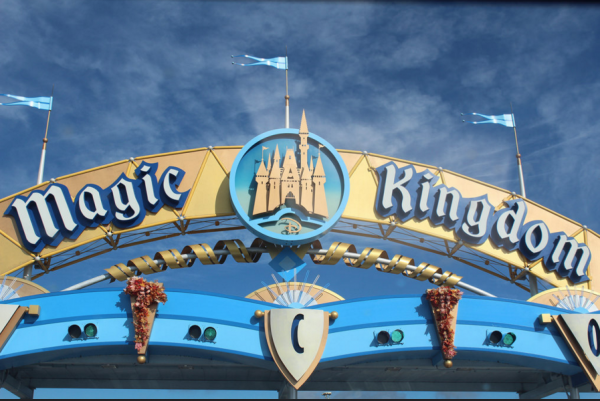 Though pretty much all of the evidence is anecdotal, guests who have been able to swing by these parks and take a look at the preferred parking have reported that only a handful of vehicles are ever seen in these reserved lots. In addition, Cast Members are reporting that the majority of guests driving through the parking gate don’t seem to have much interest in upgrading to closer parking at the higher cost.

While this limited-time test could stick around for a few days, based on the fact that guest reception has been on the lower end of lukewarm, we’d expect this option to go away quietly in a few days. Though preferred parking might come back at a smaller price point (or be included as a “feature” for some guests, as it has been in the past), we wouldn’t imagine that the current fee structure will stay for very long.

How is handicapped parking effected by this extra fee?

I hope they keep some of the second touch points for fastpass.. I have seen people jump the line on space mountain several times and got kicked out at the second scan. Its really easy for people to hop into the other line.

This is getting ludicrous....You want to park near the front you arrive early...Disney is there NO end to your blood sucking....$25 for "preferred" parking...whats next...a charge to ride the trams? It's getting to the point you'll need to just give them a blank check a pray they don't drain your bank account. I'm getting to the point I'm hating Disney's money grubbing stick it to the guests attitude!

It may be different for frequent visitors but part of the fun of arriving at a Disney park is the tram ride to the gate. We discussed this att work today and everyone was agreed that paying more and NOT getting the tram ride was ridiculous. :-)