The Walking Dead is currently the highest-rated basic cable TV show among the prized adults 18-49 demographic, and considering the overlap which exists between that particular age group and the theme park-going public, it seemed inevitable that an attraction based on this smash-hit television series (currently in its sixth season on AMC) was going to be the subject of a theme park attraction, though no one was quite sure where or how that might happen, considering the show's extreme violence and adult material.

However, it looks like the wait is over as it was confirmed just a few days ago that a brand new attraction based on the world of the The Walking Dead would be making its debut later this year at Universal Studios Hollywood. Avid theme park fans may immediately wonder if this announcement has anything to do with the Walking Dead dark ride manufactured by Sally Corp that was shown off at 2015’s IAAPA theme park conference, but in an interesting development it seems that Universal is actually developing its own all-new The Walking Dead attraction, which will be developed in-house by Universal's creative group exclusively for Universal Studios Hollywood.

Though we don’t have an exact opening date (or even a name) for this new attraction yet, here’s everything we know so far about what guests can expect from this new Walking Dead experience, which will be coming making its debut this year.

1. It will be a walk through experience 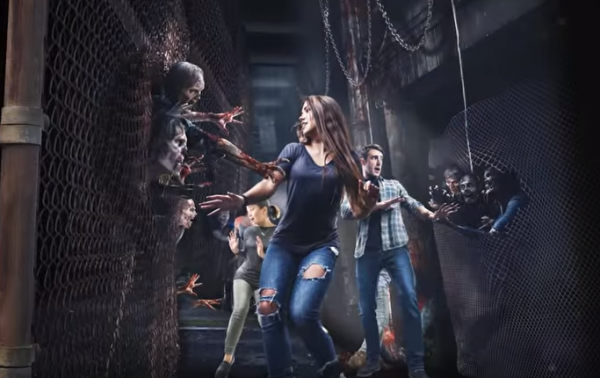 The Walking Dead has been a fixture at Universal’s Halloween Horror Nights for the past three years, often commanding some of the longest lines at this event every year at both the Hollywood and Florida locations. Wisely, it looks like Universal is looking to expand on the (clearly popular) experience of walking through the world of the Walking Dead for this new attraction. Having guests physically walk through this world is really the only way to put them in the middle of the apocalypse, as there will be no ride car or screen shielding guests from the nightmare ahead of them. However, just because the walk-through format will be familiar (at least to Halloween Horror Nights fans), that doesn't mean that this new attraction will be just a carbon copy of the various mazes guests have already seen at Universal's parks during the Halloween season...

2.  This new attraction will be more involved than just scareactors on sets 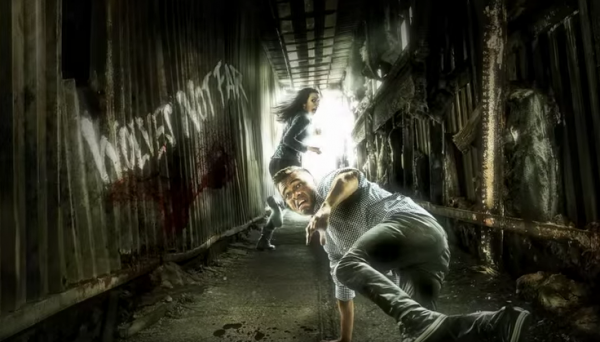 Though Universal does an excellent job of recreating the world of The Walking Dead every year for Halloween Horror Nights, the limited time that the talented people behind this annual event have to plan and execute these haunted mazes limits the type of effects they can use in one singluar maze (especially when there are half a dozen other mazes to plan every year as well).  However, since this new Walking Dead experience is being developed as a full-scale attraction, Universal has the opportunity to be a lot more ambitious here.

In an effort to make this attraction as faithful to the show as possible, AMC has confirmed that the  landscapes, special effects, props, staging, costumes and makeup that will be used in this new attraction will all be created in collaboration with the show’s production team, including executive producer and director Greg Nicotero.

In addition, it has been confirmed that guests who are brave enough to enter the world of the Walking Dead will encounter animatronics as well as human performers on their journey. Truly, there will be 'No Safe Haven' for those who want to experience this attraction.

This was just announced for Salt Lake Comic Con FanX Happening next weekend. Maybe this will use the Sally exhibit?

The Walking Dead Experience is an immersive theatrical attraction featuring state of the art special effects, professional performers, and elaborate sets. Zombie lovers will NOT want to miss this! Attendees must have a valid FanX 2016 wristband to participate. Happening all three days!

What are the chances of something like this coming to Florida?