Earlier this week, we reported that Disney was considering charging guests an additional $15 resort fee to cover free amenities like MagicBands, transportation, etc. And this is after the park has seen ticket price hikes, and increases across the board on Disney Dining Plans. Clearly, the price of a Disney vacation is going up rapidly, but almost unbelievably, news broke yesterday that yet another upcharge is being considered at Walt Disney World: preferred parking.

In the coming weeks, Disney will be testing a new system where guests who want to park in the “best” parking spots (nearest to the park gates or at the front of the Transportation and Ticket Center in the case of the Magic Kingdom) will be assessed a rumored $15 premium parking fee, in addition to the $20 general parking charge.

We don't know yet whether this will be a permanent change, but as testing for this new option begins, here are a few things to keep in mind...

1. This isn’t the first time “premium parking” has come to Walt Disney World 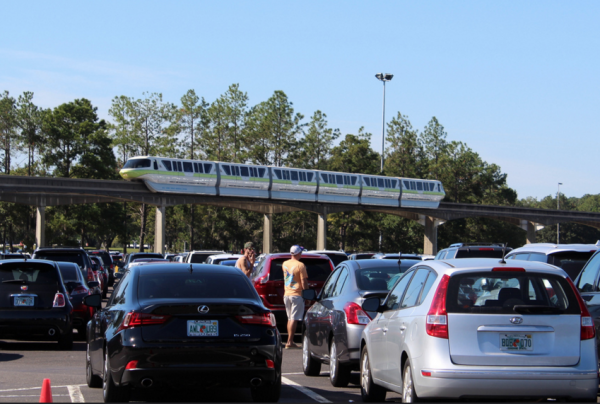 Though the idea of paying for closer parking may sound a little weird for Walt Disney World, this actually isn't the first time that Disney has put aside specific areas of its theme park parking lots for certain guests. In years past Disney has reserved specific parking areas close to the park gates for special groups including AAA members, those with specific travel packages, and for various other VIPs.

However, this new proposed system would be the first that will be open to all guests. And though that sounds like a good thing in theory, the opening up of this system means that much larger swaths of the parking lot will be roped off in order to serve as many "premium parking" guests as possible. So while there is some precedent for a system like this inside Walt Disney World, something on this scale has never really been tried before. 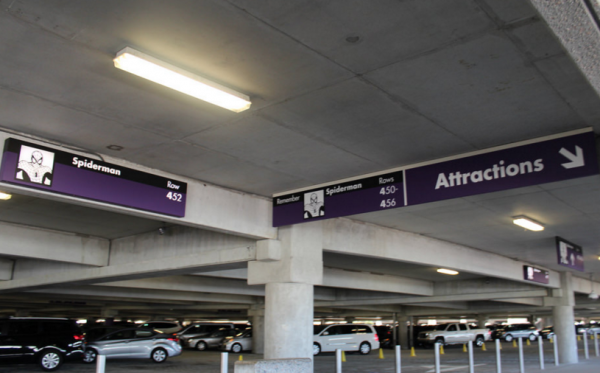 While we certainly wouldn’t blame you if you’ve only ever visited Walt Disney World, a lot of guests have probably been to other theme parks around the US, like Universal, Six Flags or even one of the Cedar Fair-owned parks that can be found all over the country. And while these parks are all quite different, one thing that they all have in common is the use of a preferred parking system that allows guests to pay a little more so that they don’t have to walk as much to the front gate of their chosen park.

Though it's easy to look at the surface and say Disney is just implementing a popular system that has been in use at other theme parks for many years, a quick look at the numbers reveals that there is one key difference: cost. Looking at only at central Florida parks, down the street at Universal Orlando Resort, general parking is $20 (which is the same as Disney), and preferred parking is $30, which is an even 50 percent upcharge. Over at SeaWorld Orlando, general parking is $17 and preferred is $22, which a little better at about a 30 percent increase. 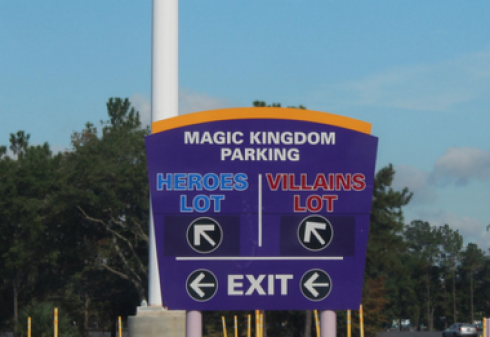 While some guests might think it's crazy to pay these proportionally higher prices just to avoid that long walk back to the car after an exhausting day of theme park fun, many feel like the extra investment is worth it. However, when look at Walt Disney World’s $20 per day parking fee and then add the purported $15 upcharge (which makes the full cost $35 for preferred), you’re looking at a 75% increase, which is an astronomical percentage when compared with Universal and SeaWorld.

Never understood the appeal of an up charge to park closer to the front gate. At the end of the day, my spot in the back of the lot is much closer to the exit, so I'll be getting out SOONER than those parking up front!

We always valet at the contemporary and walk to MK. $25, but well worth it.

Yes, I would definitely pay the extra $15 or what ever the cost turns out to be. My family and I pay for preferred parking to any theme park we go to if it is available. It is very much worth it. We get out a whole lot quicker then the families that park in general parking do! We were just there this past Christmas/New Years I wish they were testing this then. We also paid for the preferred parking at Universal while we were there very much worth it there as well. If you have never paid for preferred parking YOU SHOULD!! A lot will not because in the end they think it will be the same as parking in the general parking area IT IS NOT!!! My family and I were able to use AAA parking lot at Disney when they were allowing that was so worth it. Some will look at this as a bad thing, not us!! I hope they have this fully implemented when we go back.

IF they are going to offer preferred parking it should go to Veterans, military and copys at no charge!

Disney has out-priced itself out of the budgets for most of America. I am so disappointed. Our family is done with Disney Parks due to its money gouging. In the past, our family vacations were Disney vacations (sometimes as many as 25-30 people) but no longer. Our vacations dollars will be spent at other areas. Universal, Sea World, Six Flags and more are all to happy to have us. We're done with Disney.