4 Endangered Attractions You Should See Before They Disappear FOREVER

This month, we take a look at several cuts confirmed to be coming to the Magic Kingdom in the very near future, including one that has been rumored for over a year. Elsewhere at Walt Disney World, we look at a suspicious refurbishment at Epcot (which may or may not be a permanent attraction closure), and even the removal of a popular shop at Disney Springs. If you are heading out to Walt Disney World in the near future, here's everything that is closing around the resort:

1. Dream Along with Mickey 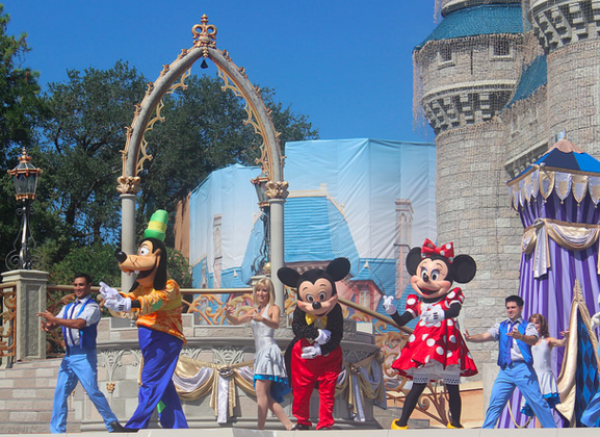 Though we've been predicting the end of Dream Along with Mickey for quite some time, Disney has now confirmed that the Magic Kingdom is indeed saying farewell to this show in just a few weeks. While Dream Along with Mickey has been a fan favorite for several years, this show has been performed daily for the past decade, which makes it the longest-running show ever on the Castle Forecourt stage, and with improvements happening around Walt Disney World, this show was definitely due for an update, no matter how charming it was (we'll never get tired of shouting "Dreams Come True!!").

Confirmed to be replacing this show is Mickey’s Royal Friendship Faire, which will find Mickey and his friends preparing to host a fun festival with faraway characters travelling  from different worlds to join in the fun. During the show, Goofy will travel to the bayou to invite Tiana, Naveen and Louis from the Princess and the Frog to the party, Donald Duck will find Rapunzel and Flynn Rider at the Snuggly Duckling in the Land of the Enchanted Woods from Tangled, and Mickey will venture to the icy Land of the Mystic Mountains to bring back Olaf, Anna and Elsa from the ubiquotous hit Frozen (which is apparently a favor to Minnie Mouse, who has also gotten swept up in Frozen-mania!). After singing and dancing to favorite tunes from each characters' respective worlds, all these Disney favorites will come together at the end to sing a grand finale, that will hopefully leave guests spellbound.

Though this new experience doesn't quite have an opening date yet, Disney has announced that guests can expect it to debut at the Magic Kingdom sometime this summer, hopefully before the big crowds arrive! 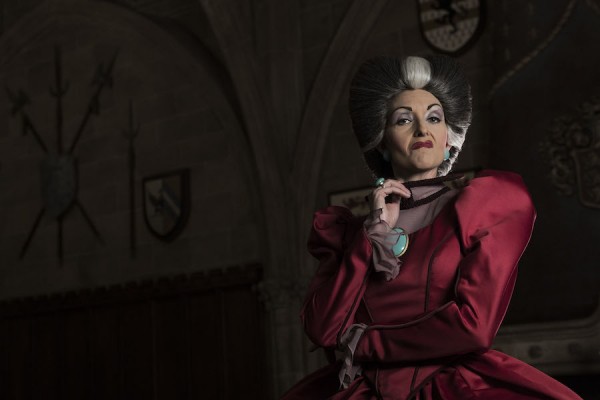 Earlier this month it was confirmed that almost half a dozen characters were being removed from Epcot and unfortunately it looks like the character cuts are continuing this month at the Magic Kingdom. Though Lady Tremaine is one of the best outdoor meet and greets at this park (and one of only a handful of villain meet and greets around Walt Disney World during regular, non-special event days), it looks like Disney has decided to remove this villainous trio from the back of Cinderella's Castle until further notice.

Though not quite gone yet, those who enjoy this villainous meet and greet only have a few days left to see Lady Tremaine and her daughters at the Magic Kingdom. After that, guests will either have to pay for a character meal at 1900 Park Fare (where Lady Tremaine will continue to appear) or wait until they can purchase a ticket for Mickey's Not-So-Scary Halloween Party. While they might re-appear again seasonally, it looks like this is the end of regular appearances for these fun (if slightly evil) characters.

What should be changed is the Michael Jackson and Ellen attractions in Epcot. Long overdue.

Can the "Zoey & Pickles" shop really be classified as an attraction, endangered or otherwise?

Whoa, slow down a second, buckaroo. First off, the Aerosmith coaster had a Star Wars overlay specifically for the paid opening night party ONLY - a PRIVATE event. As for what the overlay was - you were a guest, getting into a limo taking you to the premiere, and the limo driver had the music on the radio to get you in the mood for what you were going to see. Appropriate for that night, NOT a permanent replacement. The park isn't going all Star Wars (in case you've forgotten, there's a major Toy Story themed expansion in the works as well). Maybe a little more breathing before you panic might help.

Change is good. Non change is stagnant.
Be good, don't be stagnant.

When I was there last summer the line for Lady Tremaine and the stepsisters was very long. The skit they did on the carousel was hilarious. What it really seems to me is putting more character meets in the character meals, which are already difficult to get reservations for, where you have to pay to see them. More and more of the unplanned parts of a Disney experience seem to be slowly disappearing.