From the early days of the Florida project, one of the cornerstones of Walt Disney World’s overarching strategy has been keeping guests on property, shopping, dining, and most importantly staying, within the resort's 40 square miles of land. While some theme parks have tried to copy Walt Disney World's success in this area (most notably Universal Orlando Resort, which is currently working on a plan to bring its own number of on-property hotel rooms up to 10,000), none have even tried to truly challenge Walt Disney World's dominance in this area.

However, two very different competitors have emerged in the past week that are trying to lure guests away from Walt Disney World. While neither has the means or motive to challenge Walt Disney World head on, an interesting dynamic could develop in the next few years if both of these projects come to fruition as currently planned.

1. The Great Wolf Lodge moves in next door. 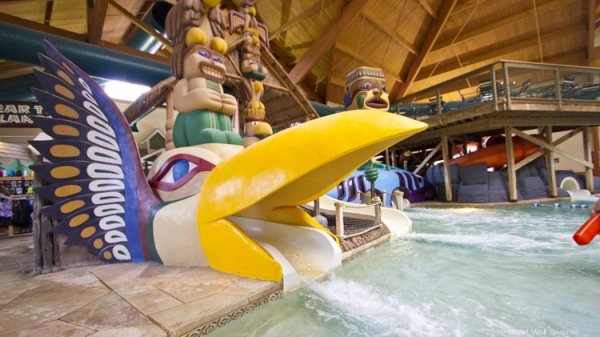 Indoor water park company Great Wolf Resorts Inc. (which owns over a dozen water parks and resorts around the country) finalized a deal this week to purchase 50 acres of land near Walt Disney World for a new resort. According to permits filed last year, the plan is to develop the land and build an 800-room hotel with a built-in water park resembling other Great Wolf Lodge locations. Preliminary plans also reveal that this new resort will have its own shopping areas, restaurants, arcades, spas, fitness rooms and other children's activity centers.

Though Great Wolf Lodge didn’t say as much when a spokesperson made an official statement to the Orlando Sentinel confirming the deal, the implication here is that the Great Wolf Lodge is planning to offer guests who are already visiting Walt Disney World an alternative to staying on property that is still close to the theme parks, but also includes admission to the hotel's own water park. 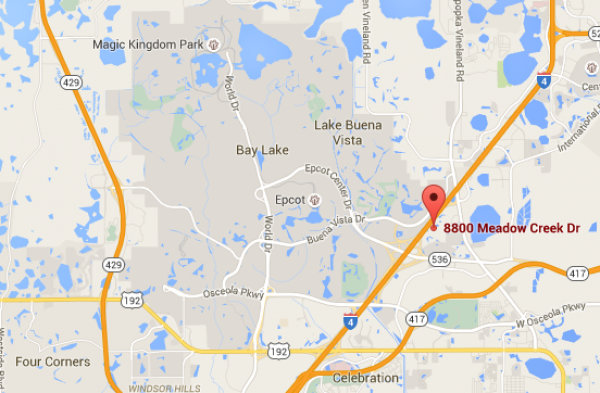 As you can see above, the proposed location for this resort/water park  is extremely close to Walt Disney World , and its likely that the Great Wolf Lodge that ends up occupying this space will try to market itself as an alternative for guests who want to visit Walt Disney World, and would like the benefit of having access to a waterpark, shopping, dining and more, right at their fingertips (likely for a fraction of the price). While Walt Disney World guests have access to two water parks (Typhoon Lagoon and Blizzard Beach), as well as shopping at Disney Springs (and soon Flamingo Crossings), in theory this new resort could provide a convenient alternative, especially if they offer direct bus service.

While it's easy to laugh at plans like these (after all, Disney's Beach Club has its own mini water park in the form of Stormalong Bay, and guests who stay here can actually walk to Epcot), the fact is that trips to Walt Disney World are getting more expensive every year, and guests may be looking for ways to get a little more fun for their money. If the Great Wolf Lodge Orlando project can bring a world-class indoor water park (like the group's famous Wisconsin Dells location) within shuttle distance to Walt Disney World, it wouldn't be hard to imagine some guests choosing to stay here rather than some of Disney's expensive deluxe or even moderate-level resorts.

The Great Wolf Lodge just opened up a new attraction near Disneyland in Southern California. We got to go opening weekend and had a blast, you can check out the video we shoot while we were staying there. https://www.youtube.com/watch?v=sJDTX3mCYzc

We love the GWL (been at least 11 times!) , although it is very nice, it certainly is not a cheaper alternative. Even with discounts, the rooms always cost as much as a moderate or lower-deluxe Disney resort.

Could they pick a WORSE place to build the Great wolf Lodge?!? Congestion between THIS location and WDW Property is nothing short og BRUTAL...even with the new over-pass! GREAT access to Sea World and Universal though!

Just another SR-192 like failure...looking for a place to FAIL! And they found it!

If the cost to stay at this resort is lower than Disney' s, most likely people will be drawn there. I would love to stay at one of Disney' s resort, but cannot afford it. Always have to look offsite.

I don't think that this new resort will take anything away from Disney, only add to the vacationers experience in Orlando. Bring it!