There are plenty of amazing moments to be had during a trip to Walt Disney World resort. However, few if any of these moments happen while waiting in line. Sure, getting pixie dust sprinkled on you in the queue for Peter Pan's Flight is a charming experience and playing a space junk disposal game while waiting for Space Mountain is an interesting distraction, the fact is that most guests would rather not spend their vacation time in line.

Disney executives definitely know this, and the idea of reducing line time has been the driving force behind the FastPass+ system, which debuted nearly three years ago. However, even though FastPass+ might get you out of a few lines, you'll probably still end up waiting in at least a few stand-by lines if you visit Walt Disney World this year. And unfortunately, that time you spend in stand-by will be longer than ever in 2016.  While there are dozens of complex and specific factors at work here, here are four broad contributors to the huge lines guests will definitely see this yeat at Walt Disney World. 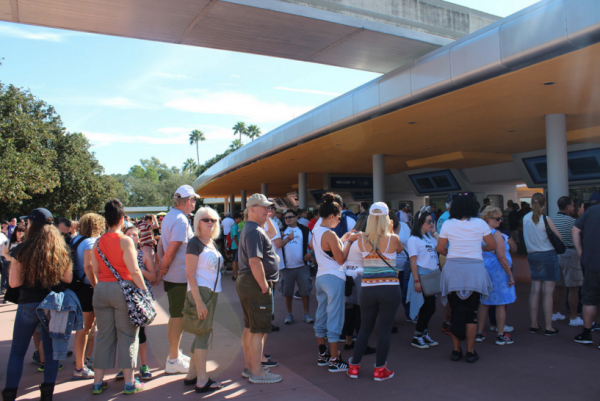 While attendance at Walt Disney World has historically grown every year for the past five years or so, 2016 is projected to bring more guests to the resort than ever before. With the openings of the Rivers of Light nighttime spectacular at Disney’s Animal Kingdom, plus Frozen Ever After and Soarin’ Around the World at Epcot later this year, there will be more new major attractions opening at Walt Disney World in 2016 than there has been in many years (the last time we can remember so many new things opening at once was 2012’s New Fantasyland debut, but even then that was confined to a single park). 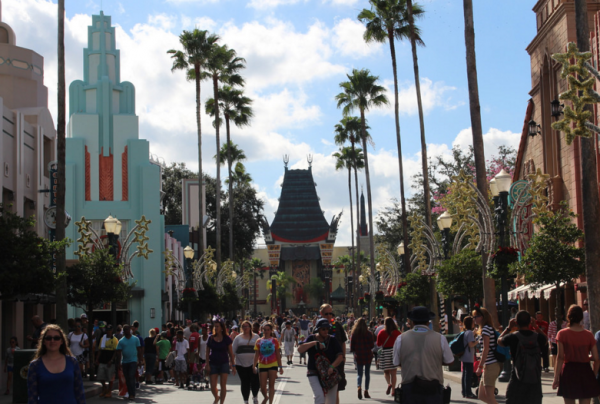 Of course, 2015 proved that even with no big “E-Ticket” attractions opening up guests will still flock to Walt Disney World in record numbers, but now that Disney is actually debuting new rides and attractions in 2016, there’s no way that guests aren’t going to flood the resort this year. And while more guests wouldn't necessarily automatically lead to record-breaking lines immediately, there's another factor to consider that will be keeping guests waiting this year...

2. Huge closures keep guests from spreading out across Epcot and Disney's Hollywood Studios 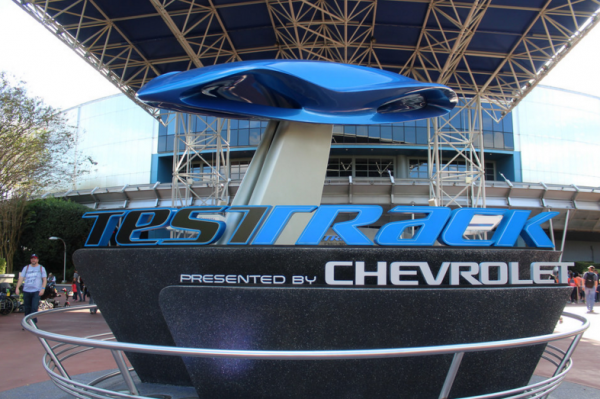 Though 2014 and 2105 both saw massive closures at Walt Disney World, 2016 is looking like it might as well be called The Great Shuttering at Walt Disney World. The year got started with the final farewell to the Osborne Lights, and we recently got confirmation that all of the attractions in the Streets of America area of Disney's Hollywood Studios would be heading for the dustbin this spring.

Meanwhile at Epcot, Soarin’ Over California has closed forever, and the new version of this attraction, Soarin’ Around the World, isn't set to debut until later this year. And speaking of refurbishments, Toy Story Midway Mania is expected to go down for a lengthy refurbishment itself when its third track (which is possibly be FastPass+ only) opens either late this year or in early 2017. 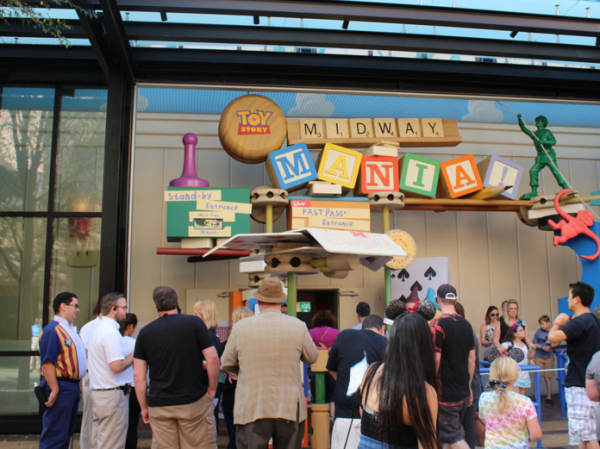 With less attractions available to bear the load of increased guests at Walt Disney World, wait times will swell. Guests over at Epcot are already feeling the effects of this as Test Track has seen huge wait time increases ever since Soarin’ closed for refurbishment. And even though less popular attractions like Mission: Space and Spaceship Earth have seen small increases, they haven’t been as dramatic as that of Test Track, which has been hitting 90 minutes first thing in the morning even on days when the park isn’t all that crowded.

And unfortunately, even though this is inconvenient for Epcot park-goers, wait times at Disney’s Hollywood Studios are going to go through the ceiling when the Streets of America attractions close this spring and Toy Story Midway Mania goes down for its refurbishment later this year.

The Rock ‘n’ Roller Coaster in particular will be affected as this attraction has always had a high wait time, but with this park already being down six attractions from 2015 and then six more in 2016, you can expect the wait time for this particular ride specifically to go sky high. The park's last remaining rides, The Twilight Zone Tower of Terror, Star Tours, and The Great Movie Ride will all likely see increases as well, but the Rock 'n' Roller Coaster's capacity issues will make this attraction especially susceptible to wait time increases while Disney's Hollywood Studios loses attractions left and right.

Honestly, crows are not bad at all during slow times. Universal has lines that are no shorter (and has none of Disney's charm except in the two Potter areas)

Please, please, PLEASE, Disney, have your parks put together for my planned 2018 trip!

I am planning to go to Magic Kingdom for one day the weekend before Memorial Day weekend. I know it will be busy because of Florida residents like to migrate there for a weekend trip But it will be my Boyfriends first trip to Disney World so i am hoping that we do not have to wait in super long lines towards the peak times of the day. Other than that i am excited to go back to Disney World since i have not been to the New Fantasyland. Last trip was in 2011. It will be a magical weekend indeed :)

You are going on the same weekend as "Gay Days", an unofficial official event that has been taking place for more than 25 years. It will be ridiculously packed, mostly by gay men. It is great fun, but the lines are long, and your bf will be stared at all day.

We ARE planning a trip this year, taking the kids out of school the week after Thanksgiving. I had a friend go same time last year and she said the parks felt deserted! I'm hoping my husband doesn't read this article though; his favorite ride is Midway Mania :\"
13269"