The plan to bring Disney’s Hollywood Studios back to life has been long-gestating, with the first whispers about an upcoming overhaul for this park dating back nearly two years. Thus far, fans have seen a lot of closures, concept artwork and half-measures taken at this park, but not a lot of action when it comes to actually bringing a fully realized and reinvented Disney’s Hollywood Studios from dream to reality.

However, it looks like 2016 will be the year that everything changes. This month will get things started with a bang and will bring unprecedented changes to Disney’s Hollywood Studios. Even though Disney has been accused of working slowly (especially when compared to next door neighbor Universal Orlando Resort), if all of the changes that are happening in the next four weeks are indicative of Disney's long-term plans for this park, then it looks like Disney is finally ready to pick up the pace and get things moving at this park, which has been stagnant for far too long. Here's everything happening this month that we know so far: 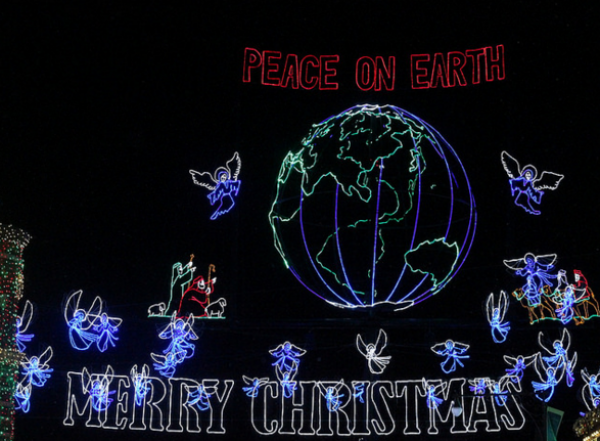 Though The Osborne Family Spectacle of Dancing Lights was originally supposed to conclude its 20 year run on Sunday, January 3, 2016, Disney has confirmed that it has extended this holiday favorite’s final engagement just a little while longer, as the final day to see this holiday display for the last time is now January 6, 2016.This move was likely motivated by massive crowds in the final days of the Osborne Lights as well as some less-than-stellar weather.

While a 3-day stay of execution may not seem like a lot, it will at least give local visitors a final chance to see this display now that the weather is improving and the massive holiday crowds have died down. 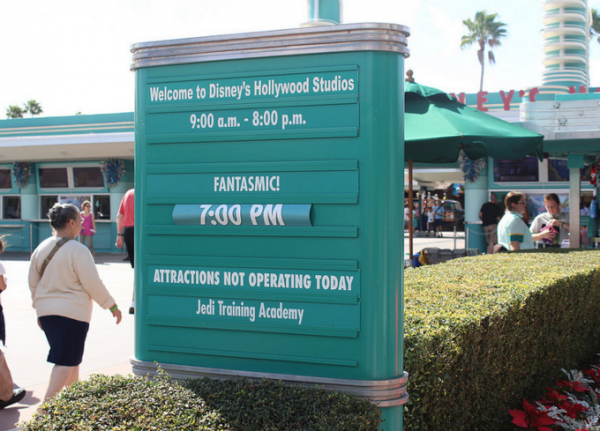 All four of Walt Disney World’s parks typically reduce their hours in the weeks following New Year’s as guest levels retreat for the rest of the winter. However, because of the newly-extended run of the Osborne Family Spectacle of Dancing Lights, Disney’s Hollywood Studios is going against this trend and have actually extended their hours this week. Now the park will remain open until 10:00 p.m. Monday, January 4 through Wednesday, January 6, with The Osborne Family Spectacle of Dancing Lights available from dusk until 9:00 PM. Then, the Star Wars nightly spectacular, Symphony in the Stars, will be performed at 10PM right at park close.

I went to Pizza Planet (my favorite place for quick service in DHS) on December 27th after reading your earlier predictions about this renovation into a Muppeters themed restaurant. Rather sad (and a wee tipsy) I lamented my anguish to Josh, the register attendant. He assured me Pizza Planet is simply getting a makeover and will indeed remain Pizza Planet. He says there are only plans to update and expand the Pizza Planet concept, which is exciting for my family and I. Hopefully, Josh proves to be a reliable source and not a planted propaganda piece. Long Live Pizza Planet -- To Infinity And Beyond!

All of these announcements are very exciting. The only conjecture that doesn't seem to make much logistical sense to me personally, though, is turning Pizza Planet to something Muppets themed. I know that it's near Muppets 3D, but the entire Muppets franchise is something that has never seemed to catch on at Disney. Even on Christmas Day there was a maximum of a 10 minute wait for Muppets 3D....personally I think it would make more sense for Pizza Planet to stay Pizza Planet and tie in to the Toy Story land expansion....it's all just my opinion but regardless, I know Disney will knock it out of the park, they always do.