5 Reasons Why 2016 Will Change Everything at Walt Disney World

Walt Disney World has some big plans for the future. However, even though projects like Toy Story Land, Star Wars Land, Pandora: The World of Avatar, and the rumored Frontierland expansion at the Magic Kingdom all sound quite exciting, they seem so far away that it’s hard to get excited as 2015 winds down. However, even though none of these projects will complete next year, some big things are still happening around the resort that could determine what happens at Walt Disney World in the next decade and beyond!

1. Frozen determines the fate of the World Showcase 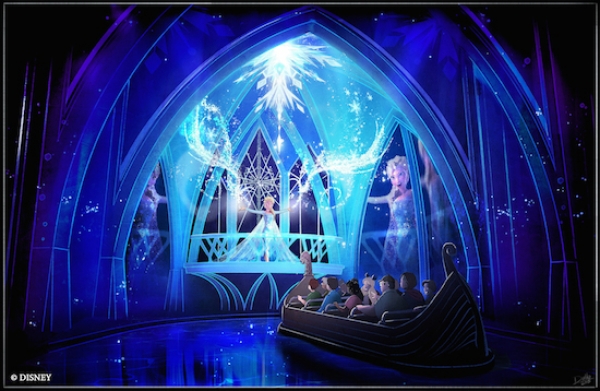 Back in 2014, when Disney announced that Frozen would be taking over the Norway pavilion at the World Showcase, fan reaction was decidedly mixed. Though some were happy to see this corner of Epcot get some much-needed attention, the idea of putting a ride based on a fictional land seemed inconsistent with the theme of the World Showcase. However, no matter what your feelings are on this project, the fact is that we’re only about six months away from the re-opening of the Norway pavilion with the Frozen Ever After ride and the Frozen Sommerhus meet and greet. And depending on how this land is received, it could change the future of the World Showcase forever.

The existence of Frozen in the World Showcase is a litmus test of sorts for fictional attractions in the World Showcase. To be fair, this is an idea that Disney has been testing out slowly over the years with the implementation of various fictional character meet and greets over the years, but Frozen Ever After will be the first time a ride based on a fictional land will be installed in an area that is supposed to represent a real country. 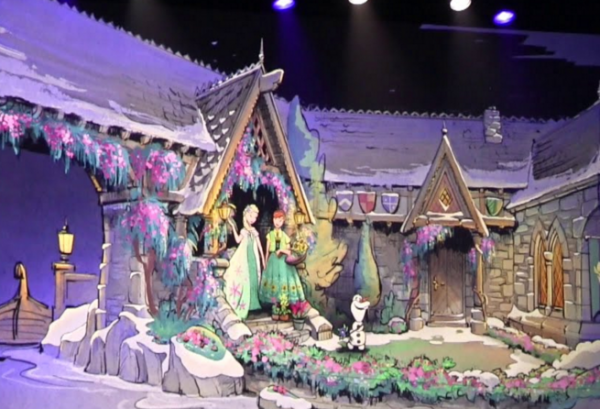 If this “re-imagining” of Norway is a success, an overhaul of World Showcase with other character and film tie-ins can’t be far behind. It was recently revealed that an overhaul similar to the one happening at Disney’s Hollywood Studios is being considered for Epcot, and it’s not unreasonable to think that massive changes at the World Showcase would be a big component of such an undertaking, especially considering there are still many unused expansion pads around this area. Could we see a World Showcase a decade from now filled with rides based on Disney films? It doesn’t seem that far-fetched, but we’d wager that this potential future will largely hinge on what happens when Norway re-opens next year.

2. Something happens at the Imagination Pavilion 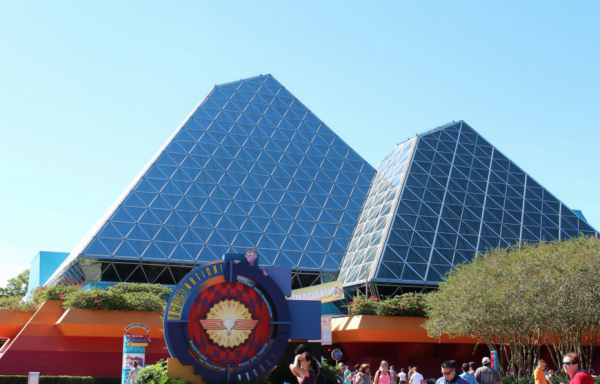 In early December, Disney finally closed the Captain EO tribute at the Imagination pavilion’s Magic Eye Theater. Though most guests agreed that this attraction had run its course, Disney has rushed in to replace it with a collection of Disney and Pixar short films that are already available on DVD, which is either really lazy on Walt Disney World’s behalf, or a sign that this “attraction” is being installed as a placeholder for something else.

While it’s easy to guess it’s the former, the latter is more likely, especially as the whole Imagination pavilion is in massive need of refurbishment. However, online rumors suggest that Disney is looking for a sponsor before committing to overhaul this pavilion. Still, no matter what the future holds for this pavilion, we should know something by the end of 2016.

I hope everyone flocks to the Frozen attraction so I can enjoy the rest of the park! The Frozen craze has just kind of driven me mad! Epcot is my favorite park, so we will see how this effects the crowds too. Can't wait for Star Wars though at Hollywood Studios!

The cartooning down of Epcot is why I have not renewed my annual pass for Disney this year. It is no longer educational and a pleasant area of Disney. Now the only park worth visiting that hasn't been turned into Kiddie Land is Animal Kingdom and I understand they will be tweaking it with nighttime shows and entertainment and less about the animals. Prices up and priorities down. I now discourage my friends and family from going and suggest other places to visit while here in Central Florida.

If Frozen in the Norway pavillion is successful, then I can already see the same occurring in the other pavilions: Aladdin becomes a huge presence in Morocco, Pinocchio takes over Italy, Mulan is seen daily in China, etc.

Fast pass only will not solve this issue. One of the three ought to be used for non fast pass as that the fast pass system can be monopolized and manipulated by travel groups.

Frozen has "Frozen" me out of Disney after 20 years of multiple trips yearly, prices, crowds, Epcot is not the place for this.