Tuesday December 1st was a big day at Disney’s Hollywood Studios, as it saw the opening of four new attractions at the park. This unprecedented move is likely a last-ditch effort to help prop up this rapidly shrinking park during what will likely be Walt Disney World's busiest holiday season yet. While these attractions certainly aren't E-Tickets by any stretch of the imagination, they do help give this park some actual "new" things to do, even if the results are a little mixed. Here's some things that surprised us about the latest offerings at Disney's Hollywood Studios... 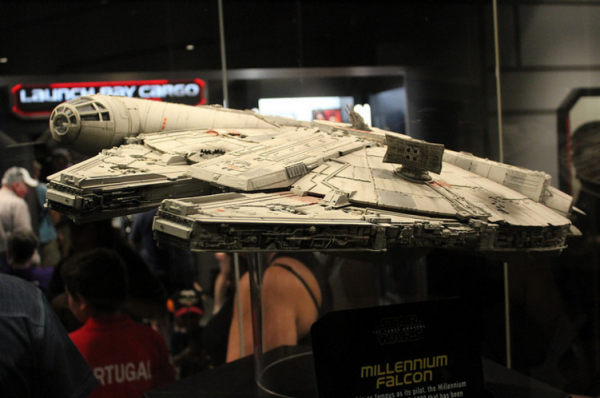 Though we’ve been hearing a lot about the Star Wars Launch Bay walk-through attraction since it was announced earlier this year, this experience is finally open for guests, and the results are...a little underwhelming. The experience begins with a short film presentation that includes interviews with Star Wars filmmakers like J.J. Abrams, Dave Filoni, Rian Johnson and more. Guests can also see concept art for Star Wars Land during this short, 5-minute video presentation.

After exiting the theater, guests can then move through a museum-like space that features scaled models of Star Wars vehicles, costume replications and a few screen-used props. One big issue with this area is that the hasty conversion from the Magic of Disney Animation has left this facility with a lot of empty space, which just makes the whole thing seem...empty. Even when the attraction is filled with people, it just feels like there isn’t enough to look at to occupy more than 5-10 minutes.

The only truly successful part of the Star Wars Launch Bay is the character interactions. Currently guests can choose to either meet Chewbacca or Darth Vader, and on opening day both of these character experiences commanded impressive wait times that ranged from 60-90 minutes. 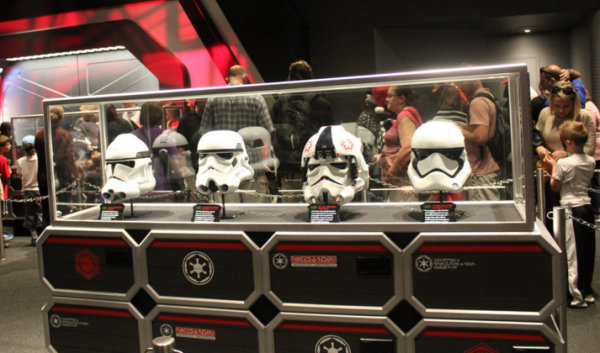 First Order Stormtroopers and Jawas also have been known to roam around this new attraction, but their schedules are infrequent, and guests shouldn’t expect much in the way of “funny” interactions similar to those offered at Star Wars Weekends.

However, just two meet and greets and limited wandering characters hardly makes the Star Wars Launch Bay an experience worth making a special trip to go see. This attraction was put together in only a few months, and unfortunately, it feels very rushed.

Like almost all Walt Disney World attractions, Star Wars Launch Bay ends in a gift shop, and sadly this is a bit of a disappointment as well, as there’s only a handful of parks-exclusive merchandise, as the majority of items available are identical to those you might find at your neighborhood toy store. 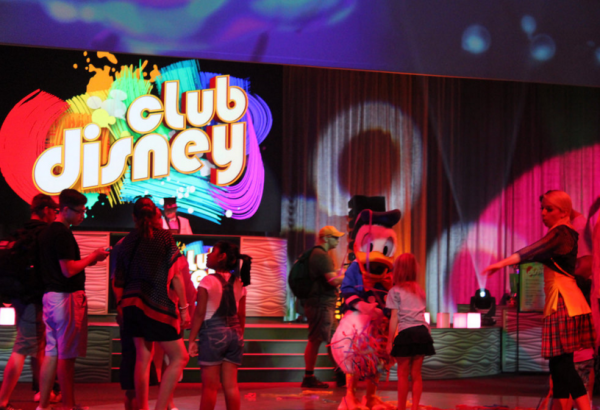 Though we were undeniably disappointed by Star War Launch Bay, we were actually pleasantly surprised by Club Disney, which may be the best iteration of a dance party attraction ever implemented at Walt Disney World.

First off, the all-new Sunset Showcase theater is beautiful, with plenty of space, and some fun décor for the party. In addition to the giant video screens that are just below the ceiling, there are also interactive monitor coloring stations where creative guests can tap into their inner artist and paint with their hands.

And for those who don’t exactly want to dance the night away, Club Disney actually has a pretty comfortable lounge area complete with comfy couches, a well-stocked snack bar (complete with exclusive drinks and cupcakes) and perhaps most importantly….cell phone charging stations! 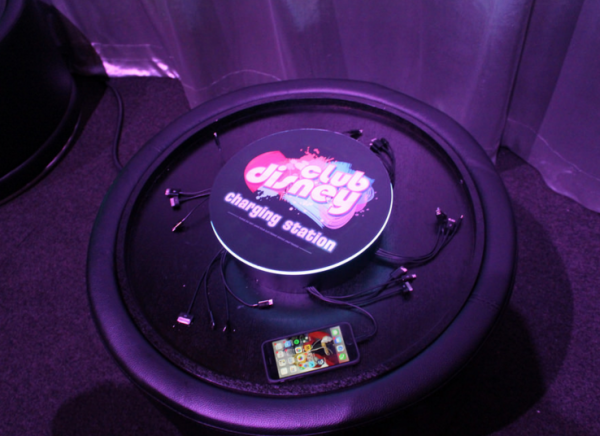 This dance party also features roaming characters which include, Mickey, Minnie, Goofy, Pluto, Donald Duck and Chip & Dale. Though it can be argued that the dance party is a bit played out, Club Disney definitely does this Disney staple right.