3 Reasons Why Surge Pricing is the Future for Disney Parks (and Everywhere Else, Too)

Disney made waves earlier this year when they released a survey that seemed to indicate that demand-based surge pricing could be coming to the resort sometime in the near future. Essentially, this proposed tiered system would change guests visiting on "peak" days premium prices, while offering a sliding scale for those visiting during less desirable times.

While Disney has yet to implement such a system, it is clear from their recent annual pass restructuring (which includes more blackouts than ever) that they are strongly considering implementing a plan that includes demand-based pricing, possibly as soon as next year. And the interesting thing is, Disney is not the only one thinking about this huge change in pricing.

SeaWorld recently outlined a broad plan to help bring its family of parks back from total collapse, and while much of the press surrounding this event focused on SeaWorld’s plan to phase out the One Ocean whale show in San Diego and bring new “rescue” themed rides to all the different SeaWorld parks around the country, CEO Joel Manby briefly confirmed during a conference call that SeaWorld is also considering surge pricing as well.

Even though this type of demand-based system hasn’t been implemented at any US theme park yet, it seems that a lot of different theme park groups are at least considering it. And the reasons why might be a little more complex than you might imagine. But let’s get the obvious out of the way first… 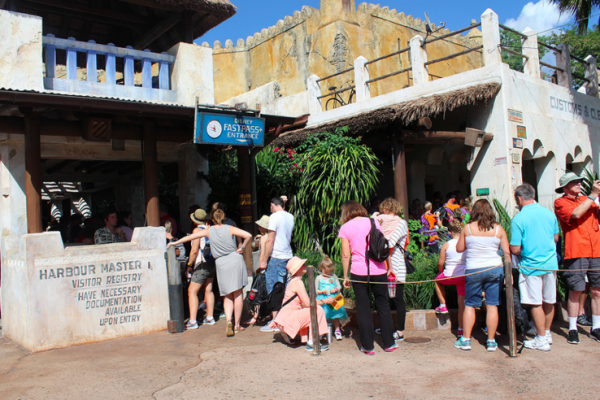 Disney hikes prices twice a year (once on regular passes in the spring and then again on annual passholders in the fall) and every time the cost of tickets goes up, people take to the Internet to talk about how the most recent increase will price guests out of the park, ushering in an era of loneliness and tumbleweeds at Walt Disney World. However, like clockwork, as soon as these stories start gaining traction, Disney releases figures that show that guests levels actually do continue to rise year over year, despite all price changes.

Though Disney has successfully raised admission year over year over the past several years with no adverse effects on attendance, this model is clearly unsustainable. Disney’s price hikes are several times normal inflation, and while annual price changes have yet to “price out” a significant portion of guests, the fact is that if Disney keeps raising them at their current rate, we could see single-day, single-park tickets hit $150 in less than a decade, which is a dramatic enough change that attendance could actually be depressed. 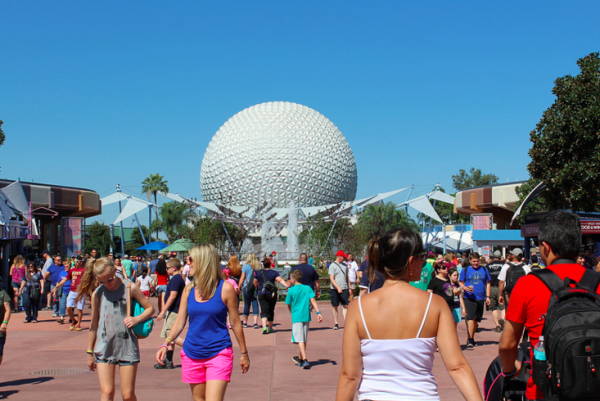 While some might say that the solution here would be for Disney to cool it with all the price hikes, the reality is that the Walt Disney Company is always looking to boost the bottom line, and generating additional revenue from ticket prices is always going to be a part of that strategy. And that’s where surge pricing comes in.

By hiking prices more on certain days of the week and then holding prices at lower levels down, Disney can keep the revenue flowing in while avoiding approaching that $150 mark too quickly for some guests, but giving those that can afford it the opportunity to pay the "premium" price for access to the park on desirable days. The logic here is that those who can afford more will pay it, and those who can't will simply plan their vacation for another time. Which leads us to our next point...

I feel rather disillusioned by the idea of demand pricing. I am a teacher and have loved Disney World/Disney Land pretty much my entire life. I realize that profit is a motivator, but I will never be able to visit during the 'slow' season as I do not get time off while the students are in school!

Surge Pricing is nothing new, Major league baseball has been using it for a while now which they call dynamic pricing. This is inevitable.

I have been a passholder for bout 5 years and I don't mind the price increase at all. The block out dates will not effect the times I go anyway. Most Floridians stay away from Disney at spring break, summer and Christmas. It works for me!!

I think this is a terrible idea. The prices are already difficult enough, and we all know they aren't going to discount off period, just raise other times. Until Disney opens more parks, no more major price changes!

One more thing - these price surges - prices won't be lower during the slow times, they will be higher during the most popular times. The cost for my resort during the week - approximately $199 per night - on the weekend approximately $230 per night. Seems like the surge has already started. (I don't have the paperwork in front of me, but those prices are close.)