This month we take a look at several rumored and confirmed closings happening at Epcot, an unfortunate removal at Disney Springs, plus one high-profile endangered attraction at Disney's Hollywood Studios that could be closing forever in the very near future...

1. Beauty and the Beast 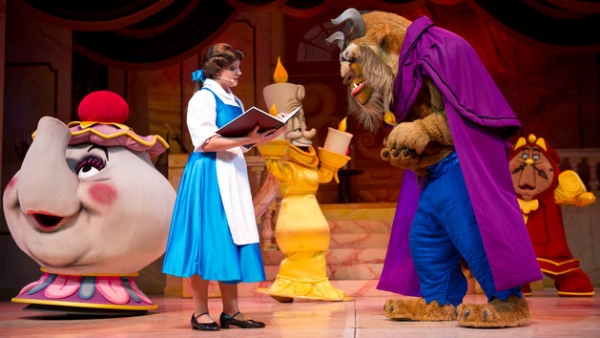 Last week, we finally learned that the Sunset Boulevard theater project we've been hearing about for the better part of a year now is going to essentially serve the same function as the outgoing Premiere Theater, playing host to a number of seasonal events at Disney's Hollywood Studios throughout the year, starting with a limited-time dance party starting this holiday season. However, though this announcement is certainly exciting for those looking for something new to do later this year at Disney's Hollywood Studios, could it also spell doom for one of the park's longest-running stage shows? Let's consider the evidence:

A few months ago, casting calls went out for a new show that is set to premiere soon at Disney's Hollywood Studios that would feature the Disney Villains in a "club" atmosphere, run by Dr. Facillier. Though this sounds like a variation on the Club Disney show mentioned above, the casting listing made this sound more like a sit-down show rather than an interactive dance party, as the call specifically asked for acting experience.

Which brings us back to the Sunset Showcase theater. If this location isn't going to house this new show (as we originally predicted it might), then what will? The likely candidate would be the Theater of the Stars, which currently houses the Beauty and the Beast, Live on Stage show. While this timeless show certainly has its fans, with everything else changing at Disney's Hollywood Studios, we wouldn't be surprised if Disney bumps Beauty and the Beast in the near future to make way for this new show. While nothing has been confirmed yet, all these recent developments together definitely make this show an endangered attraction which could be on the chopping block very soon! 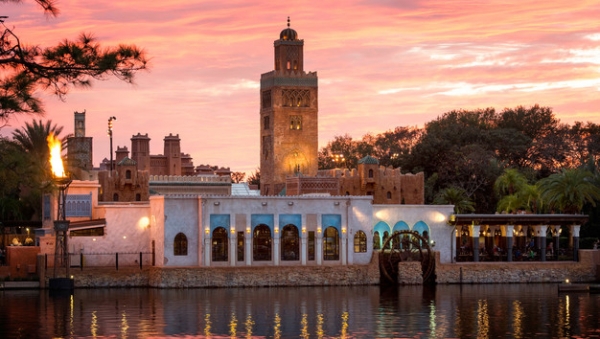 While the removal of celtic rock band Off Kilter was the most devastating loss of the Epcot Live Entertainment Purge of 2015, another sad loss was that of Mo'Rockin', the fusion band that performed daily in Morocco. Unfortunately, it looks like the band that replaced Mo'Rockin', B'net Al Houwariyate, may be out very soon as well.

Though not confirmed, B'net Al Houwariyate has disappeared from the Epcot times guide for this upcoming week, and is not currently performing shows. While this could be a temporary hiatus for the band, nothing official has been announced.  if B'net Al Houwariyate has indeed left the park,  those who were able to see this band last week may have been among the last to see this show at Epcot. Of course, since the departure hasn't been made official yet, no candidates for a replacement live stage show have been revealed yet.

As long as the Soarin in California isn't changing you could still see it out there, right?

This show is the reason I go to HS. It's well attended and beloved. Between and the Osborne light show, I'll probably not go again.

I'd be willing to bet that you will.

My guess would be that IF Sunshine Season closes, it will be more of a temporary change while Soarin' in closed for the 6 months refurbishment period. With Soarin closed The Land will not have the heavy morning traffic it typically has so having two Breakfast locations will be overkill. I would guess that once Soarin' reopens and the crowds return the breakfast counter service will return.

It sounds like Disney is getting a little money hungry by doing away with the quick service breakfast and choosing sit downs instead because of the possibility of more money. Pretty soon Disney will only be for the rich and famous and not the lower to middle class who save to come. It's just like the changes to the annual pass holders. As pass holders we spend more money in Disney in a year than someone coming for a week. Just keep pushing Disney and Universal will get all the business( considering pass holders pay 1/2 the price for a year). I've visited almost 50 times before moving to Florida and still patronize the restaurants and shops but that may quickly change. Walt would be so disappointed he wanted "all to come and enjoy" shame on you