Even though Disney's Animal Kingdom is the home of some amazing world-class rides, two of the best shows at Walt Disney World and several other great attractions, this park has long been considered by many to be a half-day park. And though fans may be quick to argue this point, consider the following: Disney's Animal Kingdom has the shortest operating day of any Disney Park in the world. This park is also only one of two parks across Disney's 11 park lineup worldwide that doesn't have a nighttime show (the other being the much-maligned Walt Disney Studios Park at Disneyland Paris).

Though there are plenty of positives to Disney's Animal Kingdom, it's clear that Disney believes that this park hasn't reached its full potential. However, a long term plan is in place that will turn this half day park into a full day destination, and could potentially make this the best park at Walt Disney World. 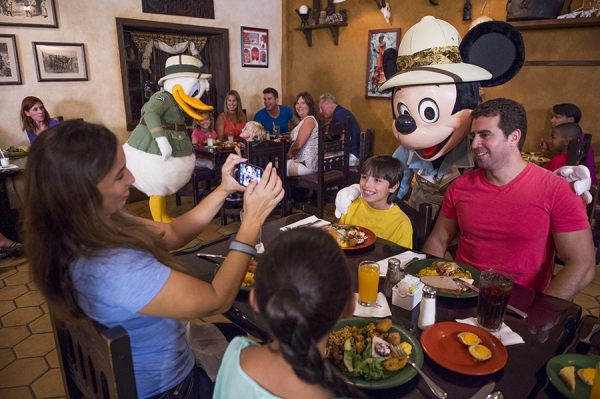 One of the biggest problems that Disney’s Animal Kingdom has suffered from in the past was a lack of dining options. Though there were half a dozen quick service options scattered around the park, these were spread far apart, and guests had to deal with long waits at popular eateries like Flame Tree Barbecue and Pizzafari. However, Disney has already started work on fixing this problem, with the well-received Harambe Market dining location opening earlier this year and giving guests a centrally located food court that gets guests in and out quickly. Though it seems quite a long ways off, in 2018, Disney's Animal Kingdom will gain yet another another quick service dining location in Pandora: The World of Avatar, rumored to be themed around a mess hall.

However, it’s not just new quick service restaurants that are popping up at this park. Though there are a bevy of table service dining options at every other Walt Disney World Park, Disney’s Animal Kingdom has previously only had one Disney-operated table service restaurant across the entire park: Tusker House.  Though this character buffet location has served plenty of guests over the years, those who were looking for a sit-down meal without characters or something a little different have always had to go somewhere else to grab a meal. While this hasn’t been that big of a concern in the past (with the park closing between 5-6PM most nights, guests have typically known to make reservations for dinner elsewhere), with the park now hoping to transition to “full day” status in 2016, more options will be needed to keep guests from leaving the park due to hunger at the end of the day. 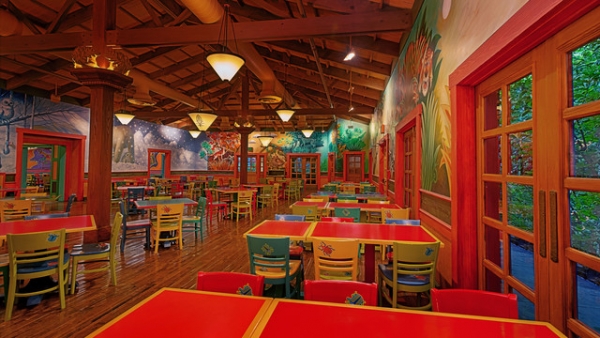 Fortunately, Disney is fixing this issue right now, and construction crews are hard at work at getting another table service restaurant in the Discovery Island area of the park ready to open. Pizzafari has been closed for refurbishment for several weeks now, and when it reopens it will be much smaller while part of the dining area is converted into space for the new restaurant.

Though Disney has confirmed their plans to make a new table service restaurant in this area, they have not revealed what kind of food will be served, what the theme will be or even what the name of this restaurant! All we know is that construction is ongoing and the new restaurant should open next year.

Disney’s Animal Kingdom has previously only had one Disney-operated table service restaurant across the entire park: Tusker House.....

Yak and Yeti isn't operated by Disney. It's is managed and operated by Landrys who also own and operate a number of dining locations on Disney property including T-Rex Cafe at Disney Springs.

Like someone else said Yak and Yeti is operated by Landry's.