It’s been a long summer without the Pirates of the Caribbean ride at the Magic Kingdom, but fall has finally arrived and this world class attraction is once again operational. Though the refurbishment ended up being much shorter than originally planned (it was originally supposed to last almost six months!), it looks like a lot has been done in the three months that this attraction spent in refurbishment.

While nothing has changed about the core experience of the ride (Jack Sparrow fans can take heart as this character still features prominently), guests who board a Pirates of the Caribbean boat in the near future will notice several exciting new elements of this ride. Even if you've been on Pirates of the Caribbean 100 times in the past five years, you've never seen the attraction look like it does now! Here's everything that has changed during the refurbishment:

1. Everyone gets a new outfit! 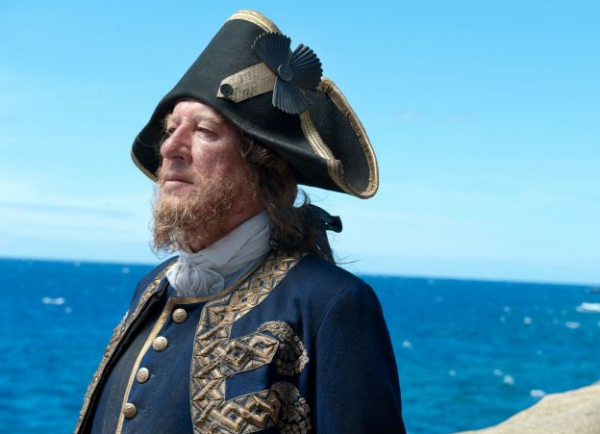 Though we absolutely love the classic look of Pirates of the Caribbean, when this attraction went down for refurbishment, many of the costumes used in the ride were looking a little…dusty. However, now it looks like most of the prominent characters (and even a few in the background) have been given all-new outfits with plenty of color that is sure to draw guests’ eyes. Even the iconic redhead has been given a wardrobe refresh, and is looking more ravashing than ever!

Eagle-eyed fans of the Pirates of the Caribbean film series will also note that the Barbossa animatronic has been changed into the character's “On Stranger Tides” garb, instead of the generic outfit he was wearing previously. Of course, Jack Sparrow's outfit hasn't been changed, but then again, his look has remained pretty constant throught the films, so that isn't surprising. 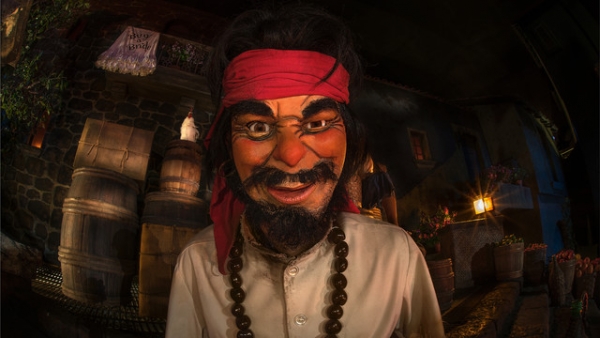 Believe it or not, lighting can make a big impact in attractions and is often the difference between a good attraction and a great one. One recent example of this is Under the Sea: Journey of the Little Mermaid at the Magic Kingdom, which had bright lights throughout when it was first opened. Sadly, this lighting choice made the initial ride experience feel artificial, and many guests complained that this ride wasn't as immersive as it could have been, simply because it was just too bright. However, after a month-long refurbishment at the beginning of 2015, new lighting effects were installed at this attraction that helped the animatronics “pop” against a darkened background, and also helped hide some of the animatronic support structures, which were visible in the bright lighting that was previously used. The ride also made extensive use of blacklight effects to help create a glowing effect.

Similarly, several lighting upgrades have been installed at Pirates of the Caribbean that help highlight the various characters and settings against a darker background. Though there aren't any blacklight effects, there is much more contrast in the different scenes, and as a result guests should feel more immersed in this attraction than ever and can focus clearly on the action happening all around them.

Was just there the 20th through the 26th of October. We were in the second row back...after the hill, the lady in front of us was soaked and my entire right side got a shower too. I also missed the mermaids this time, they didn't seem to be working although the siren song could be heard.

I wish they'd have ditched the Sparrow and Barbosa additions and put it back to the ride we loved....the one which inspired the movies, rather than the update with all the movie updates.

Updating the costumes, great. Modernizing the animatronics, great. Even smoothing out the drop (who complains about that?! I mean...should I complain that Expedition Everest is too dark?), fine...whateves.

Adding Sparrow and Barbosa initially was not necessary. (And actually, the Davy Jones smokescreen annoyed me more than anything else about that ride.....I hope to heck it is gone!)

We rode last week and we noticed that the dogs all looked new and fluffy. They no longer look moth eaten.

We were there 2 weeks ago. Pirates looked great! The lighting and costumes were updated. We all noticed a small difference in the drop. Not a huge difference, but there was nothing wrong with it before. That was something that was better before. We did not feel this was a good update.

Rode it earlier this month and Jack Sparrow didn't look the same. I remember when I first rode the newer version with capt Jack that it looked just like Johnny Depp. Now, it know longer looks as much like him. Anyone else notice this? My girlfriend and cousins say the same thing. We are all big Disney nuts.