The Magic Kingdom is the most-visited theme park in the world and the crown jewel of the Walt Disney World resort. Though the hub expansion and Skipper’s Cantina construction projects have made this year a tough one for Magic Kingdom visitors, (much of the park was behind walls and construction noise can be heard all throughout Adventureland), this park is still quite beautiful, and we can’t wait for all of its current construction projects to be completed by the end of the year so that we can enjoy it in its purest form again.

However, just because the construction at Magic Kingdom is ending, that doesn't mean that this park is in a fixed state. In fact, there are several components of a Magic Kingdom visit that are in danger of leaving forever, including one that has been a staple of a park visit since opening day in 1971.. 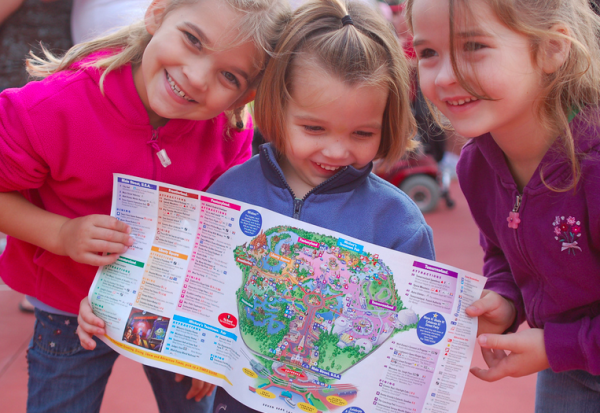 It’s no secret that Walt Disney World has been encouraging guests to use their smartphones more and more during a visit to the parks, but it looks like Disney is trying to do more than just get guests to make FastPass+ reservations on their devices. Though the maps that are currently available via My Disney Experience aren’t exactly the most detailed or easy to use, Disney is still looking to get guests to begin using these digital maps to navigate around the park.

Earlier this year, several of the map kiosks at the front of the Magic Kingdom park were quietly removed, and signage was placed that reminded guests that they could use My Disney Experience to navigate around the park. Though the paper maps have not been removed entirely, it looks like Disney is inching guests towards this eventuality, and is trying to “wean” guests off of paper maps in the same way that wait time tip boards have been phased out this year as well.

Only time will tell when (or if) Disney will phase out paper maps at the park completely, but it is looking like a distinct possibility for the resort going forward. Though there is something iconic about carrying around a Walt Disney World map during a vacation (and then bringing it home), it looks like these souvenirs may become a relic of a bygone era in the near future... 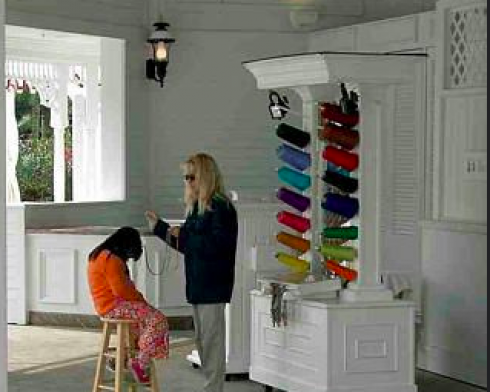 Though the loss of paper maps around Walt Disney World is something that we really dread (hopefully this never comes to pass), one removal at the Magic Kingdom that we’re not really sweating is the removal of hair wraps and ring carving kiosk locations at the park. Unlike the park maps, we do know for a fact that these service stations are being removed from the park this October, and will not be returning any time soon.

This certainly seems like a positive development, as these small stands didn’t exactly fit in at the Magic Kingdom, and were rarely busy. Though these stands are confirmed to be leaving the Magic Kingdom, if you find yourself wanting to revisit one of them, you can still find hair wrappers and ring carvers at other places around Walt Disney World, including at the Caribbean Beach Resort and at Disney’s Animal Kingdom.

I'm very sad to contemplate the loss of paper maps and roaming characters. We try to vist Disneyland once or twice a year, as we live in Oregon. Planning on making a Disneyworld trip in the next 1.5 years. Every time we go I collect the paper map from that visit as they always change. It is then added to our vacation souvenirs for that trip. We actually look at them frequently. As for the roaming characters, we as adults, get as excited as the kids when we round a corner and find Donald Duck, Pluto, Goofy etc... These are two big things for everyone of our trips and would change tradition for every future trip. Please don't take them away.

as far as companies who scoop up dinner reservations. there should be a random wait time when a person or company cancells and than right away rebooks. with all there teck knowledge disney should have a way of stopping companies from making multiple reservations and than reselling them

How nice. Soon I'll need a vacation planner to "plan" my Disney vacation for me. Disney just seems to keep taking things away, that made it an enjoyable experience. Soon we'll all need to make reservations a year or two in advance just to eat lunch. I miss the old days of Disney