Getting up early for a visit to a Walt Disney World park has always been a favorite strategy of veteran Walt Disney World fans, but with MyMagic+ negating the need to rush the FastPass stands at popular attractions, setting guests' alarm clock hasn’t been as crucial to the park experience in recent years as it was in the past. Even though guests who do get up at park opening will still enjoy several benefits, including lower crowd levels and special early morning entertainment, it looks like many are still opting to sleep in at an increasing rate, arriving at the park at later times and skipping the "rope drop" park opening that was once a signature part of the Walt Disney World experience.

However, now that the busy summer season is officially over, it looks like Disney is trying to get guests back in the habit of setting their alarm clocks and getting to the parks as early as possible. Though not all of these measures are permanent, some of them should at least help Disney gauge whether there are certain conditions under which guests will still show up early at Disney parks without the benefit of early morning Extra Magic Hours (even if sleeping in might still be their first option!). 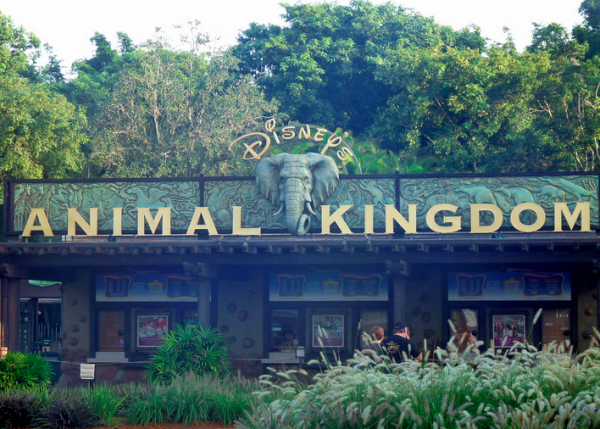 Disney’s Animal Kingdom, Disney’s Hollywood Studios and Epcot are all testing new, phased opening procedures that will see guests let in to certain areas of the park before official opening. Though the process varies by park, the overarching goal is the same: to get guests dispersed throughout the park before opening, and to avoid the familiar blockade that happens at the front of the park almost every morning when the park is busy (and sometimes when it's not as well!). Though most of these new opening procedures are "testing" here's the current opening policy at each of these parks:

At Disney’s Hollywood Studios guests are allowed through the main entrance touch points thirty minutes before park opening at 8:30am and onto Hollywood Blvd. From there they can wander around the shops and even grab a cup of coffee at the Trolley Car Cafe. Ropes will block off all adjoining walkways until 8:45am, when a traditional "rope drop" ceremony is held and guests will then be able to make their way through the full park. 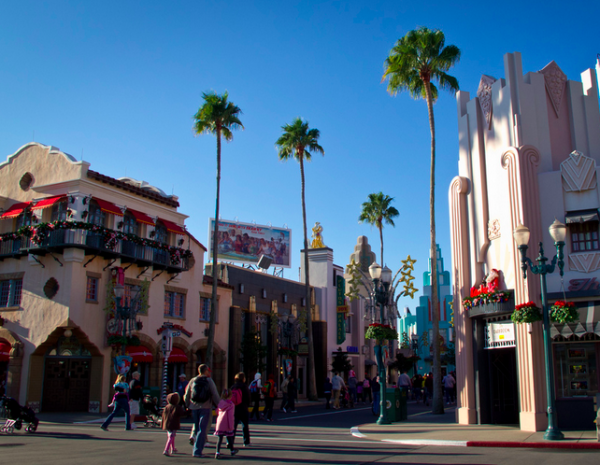 Epcot has a similar opening procedure that allows guests to pass through the touchpoints at 8:30AM and into Future World. However, unlike Disney's Hollywood Studios, Epcot will open an attraction during this early entry period. From 8:45-9:00, Spaceship Earth will be available for guests to experience (likely for little to no wait). However, if you'd rather bypass that ride, beginning at 8:50 AM, a special show at the Fountain of Nations will be presented featuring music as well as recorded voiceovers welcoming guests to the park in different languages. The park will then officially open at 9:00AM.

Disney's Animal Kingdom is also letting guests into the park thirty minutes early, but instead of being let into the larger Discovery Island area, guests will be cut off at the Oasis section at the front of the park (which doesn't even have Starbucks!) However, guests who arrive early will be able to make FastPass+ reservations at the kiosks located in this area as well as check out the Oasis animal exhibits, so it isn't a total waste of time....

What sucks is, the offerings for breakfast are limited to sit down and character breakfasts, something I don't want. In the morning I just want to eat and go, and Disney seems to be fazing out counter service breakfast at the parks, which is unfortunate. The ABC Commissary stopped a couple years ago at the Studios, now Pizzafari is no longer serving breakfast, my favorite. That leaves a bagel at a kiosk.. I want eggs and more!!