4 Worrying Signs that SeaWorld Orlando is in BIG Trouble

We’ve known for quite some time that SeaWorld is in bad financial shape. However, during their most recent quarterly earning report (which you can view here), a fuller picture of just how poorly SeaWorld is doing came into sharp relief. No matter what your stance is on animal captivity, Blackfish, or the SeaWorld brand in general, it can no longer be denied that SeaWorld is doing very poorly on the whole, and we’re not sure that there’s just one factor to blame. Here are four troubling developments that signal this company could be heading for big trouble in the very near future.

1. Attendance is down. Again. 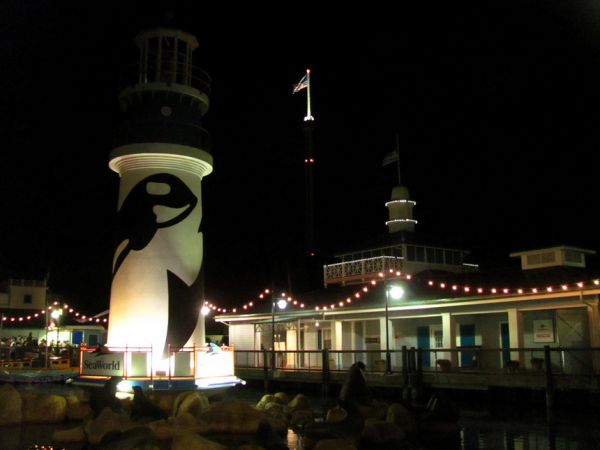 We already knew that SeaWorld Orlando experienced some steep attendance declines in 2014. And it looks like thus far, 2015 hasn’t been much of an improvement. For the quarter ending June 30, attendance decreased 1.6 percent to 6.5 million visitors, which is the lowest has been for this period in years and shows that SeaWorld has not only failed to recapture the guests it began losing in 2013, but it is continuing to hemorrhage visitors at an alarming rate.

Though 2014’s 8% decline in overall attendance was definitely stunning, it looks like 2015 could be even worse for SeaWorld Orlando. While the argument could be made that SeaWorld Orlando is waiting for 2016's opening of the Mako roller coaster to get its guest levels back up, we saw in 2013 that new attractions don’t necessarily mean attendance gains. Next year is definitely a pivotal year for the park, but if 2015 is any indication, SeaWorld has an uphill battle ahead. 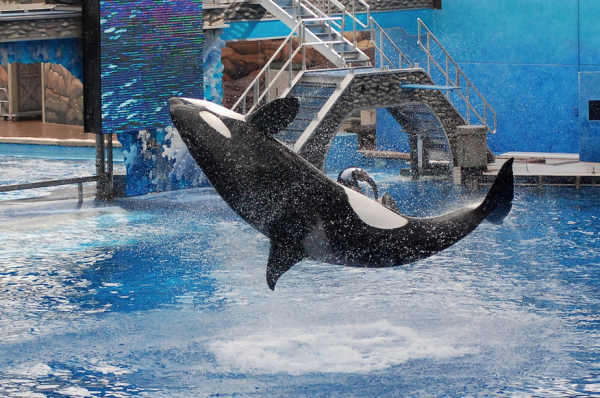 In addition to decreased attendance, profits have sunk a whopping 84% with SeaWorld's net income for the quarter declining to $5.8 million from $37.4 million from the previous year and revenue dropping to $391.6 million from $405.2 million. Though part of this year’s decreased profits is due to deep discounts, annual passholder incentives and steep marketing spending (SeaWorld launched an aggressive marketing campaign earlier this year), the fact is that guests who are coming to SeaWorld Orlando simply aren’t spending at the levels they used to.

Of course, the aforementioned attendance declines are a big part of this picture, as guests who aren’t at the park can’t spend any money, but what could be the biggest problem here is the types of guests that SeaWorld is looking to attract. CEO Joel Manby has said in the past that he wants to go after the budget market, and a lot of capital has been spent offering guests deep discounts this year especially. However, going after this market can be treacherous, as guests looking to save on tickets might not be as willing to spend that saved money in other areas. 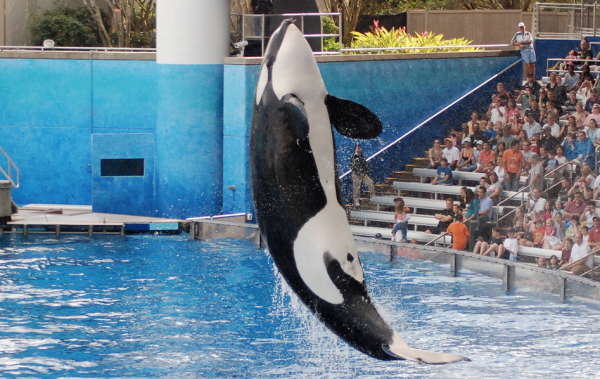 We’ve seen the inverse of this at work at Walt Disney World, which has been aggressively targeting the upper class (see this excellent article by Theme Park Insider’s Robert Niles for more on why this is) and while this strategy may not be a popular one, it seems to be working out for them quite well.

Though SeaWorld Orlando may be trying to goose attendance in the short term with these limited time deals and discounts, the fact is that in order to succeed they are going to need to attract a wider array of guests than just budget-minded consumers.

3. The Blue World project has stalled 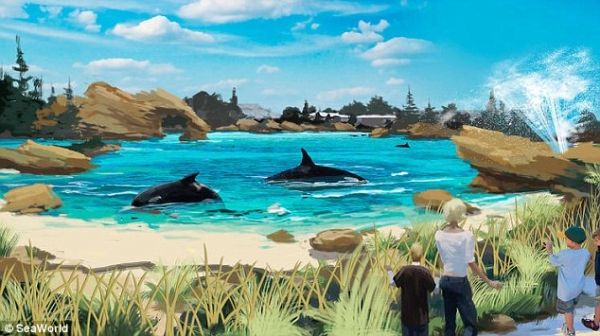 Announced last year, Blue World is an ambitious project that aims to bring massive changes to the killer whale habitats at all SeaWorld parks. And so far, almost no progress has been made on this project. Though fan site I Love SeaWorld reports that permits are under consideration for SeaWorld San Diego, no actual construction has begun, and considering the dire financial straits that the company as a whole is in, who knows if or when it will start.

And then of course we have Orlando. Though SeaWorld originally said that construction on this project at SeaWorld Orlando could begin in 2018, new CEO Joel Manby has been cagey about the project's future, implying that things could change in the future. 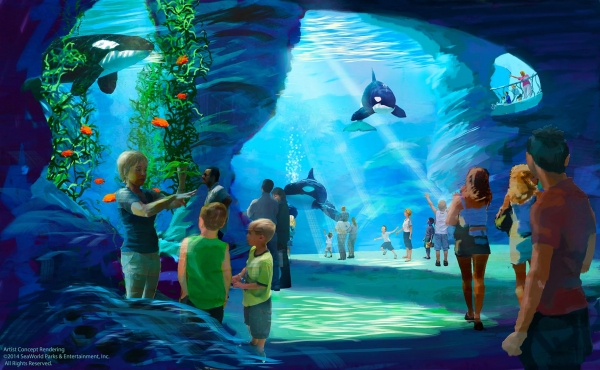 Though we had our doubts about the Blue World project in the past, it looks like SeaWorld is also pressing the pause button, instead opting to invest capital on a ride in Orlando before upgraded whale tanks.

4. A rising tide doesn't lift all boats after all 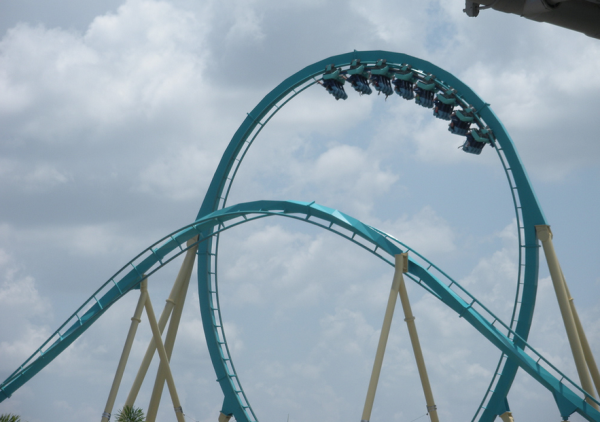 It was only a few months ago that SeaWorld said during an optimistic earnings report that it expected to do well in 2014, as boosted attendance at Universal Orlando Resort (thanks to The Wizarding World of Harry Potter - Diagon Alley) would help get guests near the park, and they would naturally add a SeaWorld day to their vacation while they were checking out Orlando's newest attraction.

However, it's been more than a year, and SeaWorld has changed their tune considerably in that time. Instead of continuing to adopt the 'rising tide lifts all boats' mentality, SeaWorld has switched gears, with Joel Manby saying that the company is studying why the so-called spillover effect that used to see guests spending a day of a Walt Disney World or Universal Orlando Resort vacation at SeaWorld Orlando isn't as strong as it used to be.

If the spillover effect is indeed dead, SeaWorld may react by preparing for a major shift in strategy. Instead of simply piggybacking off the success of other nearby attractions, SeaWorld Orlando may need to carve out its own distinctive spot in Orlando in order to survive. And the bad news is that it could already be too late. 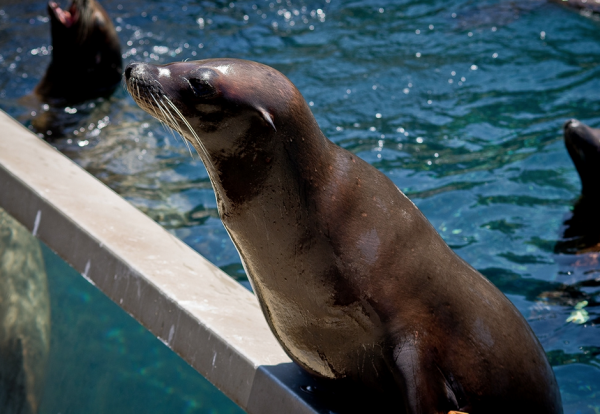 For what it's worth, SeaWorld executives (and some investors) believe that this most recent bout of bad news will be the last, saying that the worst of the declines is behind SeaWorld. Chief Executive Officer Joel Manby told analysts that he knows the parks have a lot of work ahead of them, continuing on to say "Let me assure you that we remain steadfast in our efforts to overcome these challenges and improve the performance of the company." Though it is still possible for SeaWorld to recover, it's hard to stay positive considering the news out of SeaWorld has been so bad for so long. Do you think SeaWorld's fortunes will reverse? Or is certain doom awaiting this park?

The worst thing imo about Seaworld's decline is that they are the world leader in public education for animal rescue/rehab and fund tv shows, rescue teams, rehab facilities for wild animals. To me, that work is more important that the park but the park pays for all that other work. There will be a large void in wild animal rescue/care if Seaworld parks continue to decline.

I CANNOT wait til all those tanks are empty. With what we know about cetaceans in captivity now and how much they suffer, we OWE it to these species to right our wrongs. There is NO excuse!!!!!! $laveWorld is one of the most evil corporations in existence today. Anything for the all mighty dollar, right??? DISGUSTING!!!!

I sincerely hope SW will always be available for visiting and education. Every year I attend the park and enjoy it every time. I never would have seen nor learned about the sea life had it not been for SW. I will hope that it does not disappear.

They should begin draining the tanks now.

What SeaWorld inflicts onto Orca whales is criminal. Orcas too huge, too sentient and too intelligent to be kept confined inside concrete swimming pools. Everything natural has been stripped away from them when placed inside a tank. Orcas are far swimming, deep diving and stay with their family Pods. None of this is possible at SeaWorld. SeaWorld needs to end masturbating Orca whales and artificially inseminating the females because it is cruel, sick and inhumane. The days of the performing whale circus are numbered. SeaWorld change your business model evolve and adapt. Instead of earning your dollars from the misery of incarcerated Orca whales focus on ocean theme rides with virtual reality.