This week has been quite an eventful one at Walt Disney World, with interesting changes coming to all four parks. From construction updates at Disney’s Animal Kingdom to some new character additions at the Magic Kingdom and even some surprise changes for Fantasmic! at Disney’s Hollywood Studios, this week has had no shortage of intriguing and unexpected developments.

Outside Walt Disney World, one of Universal’s key construction projects hits a major milestone, plus Islands of Adventure is honored with a travel award and Busch Gardens Tampa announces another haunt for its Howl-O-Scream event.

1. Fantasmic! gets Frozen, Tangled and Princess and the Frog clips

In addition to the assigned seating test going on right now at Fantasmic!, the show has also gotten some other upgrades this week. Eagle-eyed fans may notice new film scenes in the show’s bubble montage, including clips from recent films like Frozen, Tangled, and The Princess and the Frog.

In addition to these small changes, WDWNT is reporting that big things could be on the horizon for the larger Fantasmic! show, possibly as soon as next year. 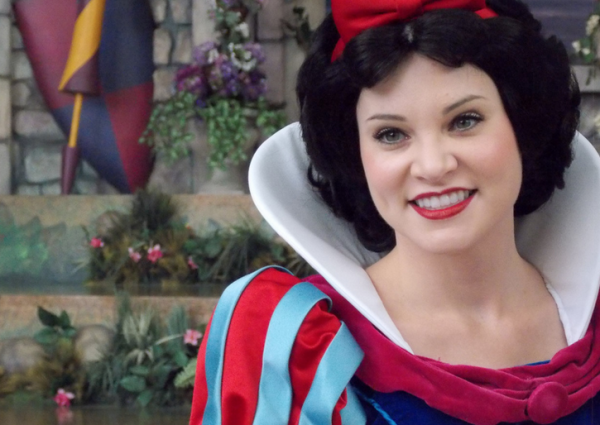 Though there are no shortages of characters at the Magic Kingdom, it looks like this park may be expanding its meet and greet offerings in the very near future.  Last week we told you about a test featuring an “on the run” Flynn Rider and now two more characters are appearing in new ways at the Magic Kingdom in a test capacity: Mary Poppins and Snow White. These two characters will be meeting guests periodically throughout the day in the West Plaza Gardens area of the hub until August 19th.

Though these character meet and greets are being presented as limited time tests, it's hard not to see a pattern here and deduce that Disney is looking at ways to being more characters to the Magic Kingdom. 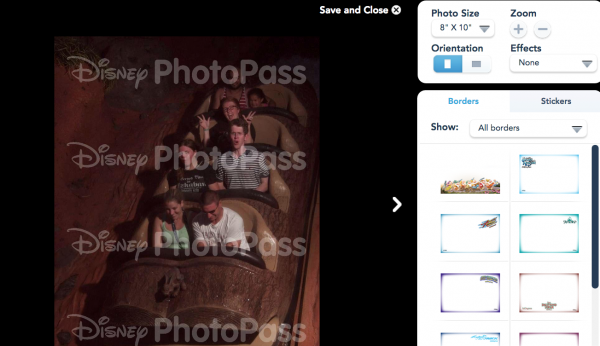 If you have logged in to My Disney Experience over the past few days, you may have noticed a big change when you try and preview images. Though guests used to be able to view a clear low-resolution preview of PhotoPass images before making a purchase, Disney has now included giant PhotoPass watermarks on all images to discourage users from taking screenshots and saving them without making a purchase.

Though this is an anti-theft measure, the large watermarks have the unfortunate side-effect of completely obstructing much of the images (including faces, as in the example above), which could actually discourage purchases. 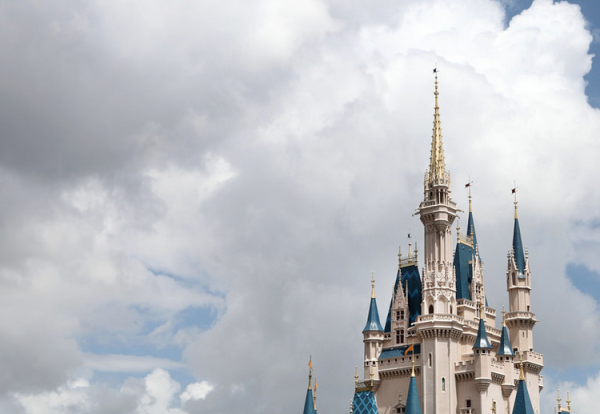 As part of the ongoing expansion of the Magic Kingdom hub and the installation of turrets around the castle, the entire forecourt of Cinderella's Castle has been walled off. As reported previously, there will be no performances of Dream Along With Mickey while this area is inaccessible to guests and the show may or may not return when the walls come back down next month.