Though Walt Disney World has seen its share of new attractions and expansions in the past several years, 2016 will kick off a period of unprecedented growth and change for the resort which will take it into the next decade. While that might seem far away now, next year will see the debut of over half a dozen new and improved attractions, more than the resort has seen in quite a long time. Frozen Ever After will kick things off early, and is projected to bring record crowds to Epcot when it welcomes its first guests in the spring. Then we've got the Rivers of Light Show and nighttime Kilimanjaro Safaris, both largely expected to launch sometime next year at Animal Kingdom. And then, back at Epcot, we've got the third Soarin' Theater debuting alongside the new Soarin' Over the Horizon film. And while technically not a new attraction, 2016 will also bring a third track to Toy Story Midway Mania over at Disney's Hollywood Studios.

With all these new and improved attractions launching next year, Disney will need to make some infrastructure-based changes in order to deal with what will likely be record-setting crowds across all four parks in 2016. 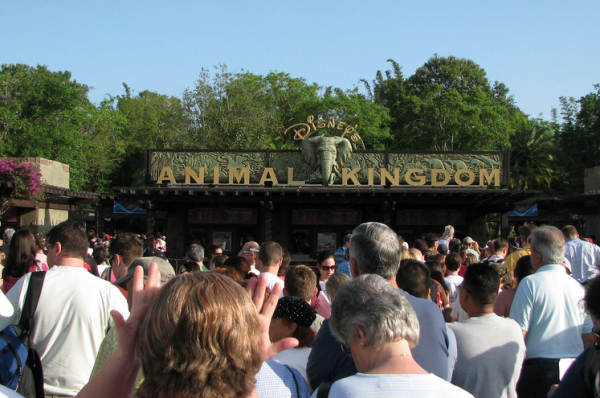 Love it or hate it, MyMagic+ is now a massive part of the Walt Disney World experience. And while there are some well-placed kiosks around the parks where guests can make FastPass+ reservations and view pre-existing dining and hotel reservations, the fact is that this system is designed to be mobile, and is best used by guests from their smartphones.

However, in today’s world of tiered data plans, usage caps, and expensive international roaming, it’s just not practical for all guests to use their own connection to access apps like My Disney Experience. And while Disney's free public wi-fi is available all over Walt Disney World, if you’ve ever tried to connect to this service during the busy summer season (or during a special event), you know that it can take quite a long time to simply view your FastPass+ reservations, nevermind changing them or making other plans. 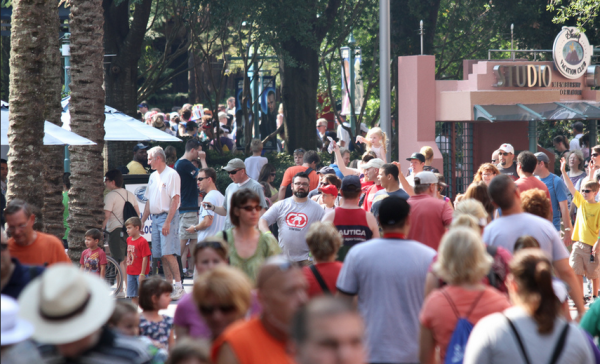 If Disney is committed to expanding MyMagic+ in the very near future (and make no mistake, all signs point to this happening soon), ensuring that all guests can access speedy wi-fi no matter where they are is essential to this plan’s success. While good wi-fi access can be had at Walt Disney World, when the park fills up, speeds fall, and that is a problem that simply must be addressed before guests show up in droves to experience next year’s massive crop of new and expanded attractions. 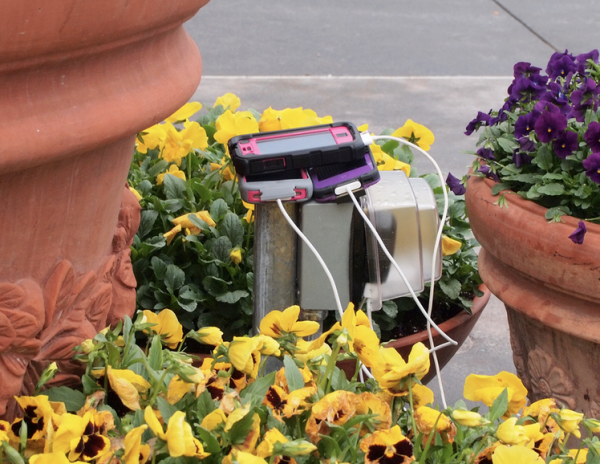 Even if you are on the fastest wi-fi network imaginable, your device of choice is still going to need power. And as many Walt Disney World guests have found, My Disney Experience is quite the battery drain. Though guests can bring their own rechargeable smartphone battery chargers from home, this isn't an ideal solution, and certainly isn't one most guests will prepare for.

Though Walt Disney World introduced a free phone charging locker system in 2014, this test was abandoned only a few months later. While there are some “relaxation areas” at Disney’s Hollywood Studios and Epcot where guests can change their phones,  these areas only have about a dozen outlets each, and when you consider the volume of guests at these parks needing to charge their phones, this seems woefully short of what’s needed.

While getting the charging lockers back doesn’t seem to be an option (no matter how much we might hope!) it's clear that a long-term solution to this problem is required. Whether that comes in the form of multiple official charging stations in every park or even a charge-for-fee service, if Disney expects guests to access MyMagic+ periodically around the parks, providing at least some kind of charging service seems like a no-brainer.

I haven't been to WDW since the late 80's after EPCOT first opened. Now I am planning 2016 return to experience the "new Disney". Of course with vacation planning we must look at transportation, lodging, food and getting in the parks but, we must also consider if fighting the crowds is really worth the $100 plus dollars each to get in. I've always recalled Disney being the leader in crowd management. Get in line and in about an hour your are stepping to the right an buckling up with hands and feet in the vehicle at all times. Again, this was back in the 80's. Now, they offer fast pass, early hours and even increase the capacity of walkways and attractions to lessen the lines. Now, I'm hearing that people wait for hours on end to experience an attraction. Guess the Band-Aids fell off already. This is not going away anytime soon so, here's a suggestion. Entertain the guests while their in line. The innards of the queues are very stimulating and keep peoples mind off the droves of people ahead. Now, they just need to do the same outside the queue area. Perhaps by utilizing the Fast Pass method for all. Example...this ride will operate during these shifts...9:00AM - Noon...1230pm - 330pm...400pm -9:00pm...there are X amount of seat for each shift. Like a movie theater but better. Do reserved seating for Fantasmic too. Then guest could choose while planning their vacation which rides and what time they will be experiencing them and have an entire, organized itinerary for attractions ready. I guess this is kind of what Fast Pass does already except the queues would consist of only the riders for that shift and seating times. Keep the street side entertainment going, and people will have time to eat,ride and enjoy the full Disney Experience with less waiting time and no more criss-cross line. Here's one for the food lines....Why not offer a Disney Picnic in the Park experience. Guest would purchase a economical picnic package, and have a designated space to enjoy for 30 minutes. People eat, lines get shorter and this would give a relaxing visual for many guests. That's all for now. Thanks or the article.

Allow us to get more than three fastpasses a day ahead of time.