3 Reasons Why The Closure of DisneyQuest was Inevitable

Yesterday Walt Disney World made the surprise announcement that DisneyQuest would be ceasing operation in early 2016 and would eventually be converted into an NBA-themed restaurant that would have its own "interactive" elements. Though we don’t have a specific closing date yet for DisneyQuest, it looks like if you want to check out this interactive facility, you’ll have limited time to do so, as work will begin on the NBA restaurant early next year.

Though this announcement may have seemed to come out of nowhere, it has been clear to many for some time that DisneyQuest was existing on borrowed time. While the need to begin work on the new NBA restaurant ended up being the final nail in DisneyQuest’s coffin, even without this development, DisneyQuest would probably still have been shut down sometime in the near future, due to several factors.

Here are 3 reasons why the closure of DisneyQuest was an inevitable development:

1. The failure of the DisneyQuest brand 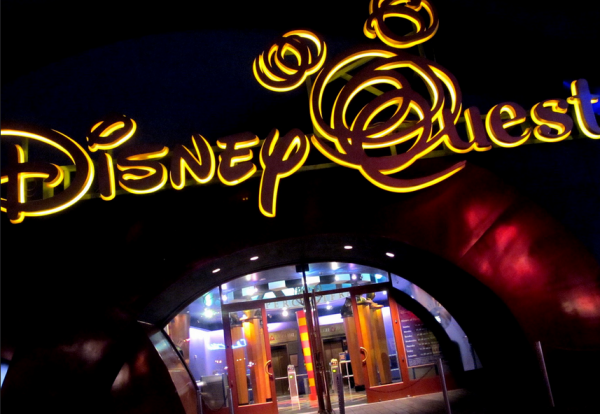 The current state of DisneyQuest is deplorable, but it wasn't always supposed to be this way. Back when the DisneyQuest concept was first brought up in the late 1990's, the idea was to create several DisneyQuest facilities around the US, with each one updating periodically with new attractions that could be duplicated and multiplied across the different locations.

However, this project never quite got off the ground. Though a second DisneyQuest location was opened in Chicago, it was quickly shuttered on September 4, 2001 due to low attendance. By this time, construction had begun on a third location in Philadelphia, but plans were halted when the Chicago location closed and construction was stopped. A fourth location was also in development for the Disneyland Resort, but like the other DisneyQuest projects, this was abandoned when it became clear that the DisneyQuest project was a failure. 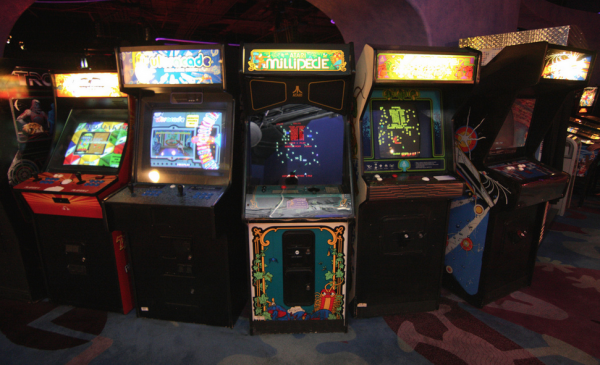 Though these other locations were closed or simply not built, Walt Disney World's Downtown Disney DisneyQuest was the prototype project and as it was a finished product (that to its credit did see some decent traffic in its early years) this DisneyQuest location was left standing, However, because of the failure of DisneyQuest to take off as a multi-location brand, Disney executives never saw a reason to invest in this location at all, which helped lead to some even more massive problems...

Sure, DQ is horribly outdated. The neglect seems almost intentional (for instance, on Cyberspace Mountain the signage is still up saying you can buy a VHS of the ride. Just to be sure l, I asked - you canot buy a VHS tape from them. Just saying, would a new sign be too much to ask for?). However, WDW NEEDS a DQ in my opinion, and it needs a Downtown Disney/West Side/Pleasure Island element to it. If you've seen the new Disney Springs area, there's no sense of fun as there was. Unless you want to bar hop and drunkenly buy designer crap you could have just ordered online, the new Disney Springs concept has nothing to offer you. You cannot go there with your family and have a fun night out. I'm sure Disney didnt make this decision blindly, but I think there's some short sightedness at play here. I am actually here at WDW now, and there is virtualy nothing to do once the parks close.

But back to DQ specifically - if you have kids aged anywhere within the range, they WILL love it there, outdated games, broken down equipment and all. If given the choice, my kids would take DQ over a park any day. The atmosphere and layout is still great. And if people still want to be there in its current state, just think of what a revamped DQ could be like and the people that would come. I think a DQ 2.0 is def. called for.

Btw, from what I am hearing, the NBA deal fell through, and DQ exists in a state of limbo. However, annual pass holders no longer have DQ included and have to pay full admission.

So sorry to hear of the demise of Disney Quest. It was a unique place. Where else could you enjoy all the retro video games like asteroids and defender as well as multiple Virtusl Reality games like build your own roller coaster (my son and I's favorite) and magic carpet ride. Replacing it with an NBA themed anything is not attractive. And the high end stuff they want to add appeals mainly to the greedy Disney executives. Most people think Disney Witld is already high end enough. I will really miss DQ!

You would figure with the billions they are making on the star wars franchise alone they could easily afford to do a major upgrade to the facility. They are losing out on one of the biggest business models to come along.

Video games continue to grow and is easily a billion dollar business. I remember the first time I went to disney quest was sometime in 2003 and I had a blast as a kid running around playing all the different arcade machines and interactive games. People seem to have forgotten that even in 03-04 the graphics most of the simulators had were still on pat with PS2 generation graphics. (If you don't think so go do a quick Google image search on some of the older games). I can understand currently with rides being broken not wanting to spend 40 dollars and instead just go to an updated arcade. However there is easy money to be made in this business by spending even a few million to update this amd even perhaps turning it into an adult arcade with updated arcade consoles thay serves beer and mixed drinks. Most giant arcade consoles run like 20-30 grand, but in the grand scheme they would be making millions off of alcohol and game revenue. But hey there to focused on making billions with the new star wars franchise right?

I first visited DisneyQuest in 2012, as a family we loved the feel of the place it really was fun for everyone! We are returning to Florida this year and I will be really gutted if it is not open in August! $40 does seem steep however for I believe it was included in our park pass when we went. The rides and games are unique in this day and age, it is sad to see it go! I advise Disney to promote the 1980's / 1990's theme.. I will not be visiting the NBA restaurant

I agree that they should not close Disney Quest. It is a family favorite, in fact, it is my sons favorite over the parks. Disney Springs already has enough dining and the plans to add NBA that failed at another park is beyond my understanding. It is very sad that they are closing Disney Quest.