Yesterday morning SeaWorld formally announced its newest attraction. Though it was teased several weeks ago, SeaWorld finally gave us our first look at Mako, the new record-breaking roller coaster set to make a splash in 2016.

As expected, it was confirmed that when it opens in 2016 Mako will be the fastest and longest roller coaster in Orlando, hitting speeds up to 70 miles per hour on a track that is nearly a mile in length. You can check out the official announcement video below, which includes a few other tantalizing tidbits about the attraction (including how it ties in to its shark namesake) as well as ride through clips that showcase some of Mako’s most dramatic ride elements.

It’s easy to be excited for this new ride, as it looks quite thrilling and intense, but SeaWorld is likely betting a lot on this new project, and if it is successful, Mako could impact SeaWorld in some interesting ways….

1. Revitalizing dated areas of the park 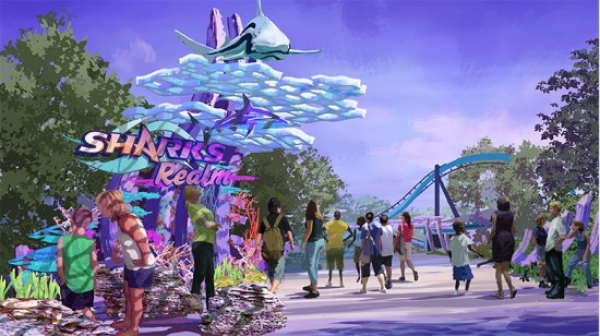 Though the real news yesterday was the official unveiling of Mako, SeaWorld Orlando also announced that with this new attraction would come a massive refurbishment and re-theming of Shark Encounter (which will be known in the future as Shark’s Realm). This reimagining will see the dated blue and gray exterior replaced by a giant façade with bright colors and sharks that will help the attraction match nearby Mako and invite guests who enjoyed the roller coaster to explore the real world of sharks inside. Of course, the sharks inside won't change, but this exciting new exterior is a much needed alteration and one that could get guests excited about seeing these terrors of the deep again.

If Mako proves to be successful, we could see these types of refurbishments elsewhere in the park, especially where exhibits are beginning to show their age (Wild Arctic anyone?), which would be an inexpensive way to get guests excited again about some of the park's more classic attractions and exhibits.

2. A focus on thrill rides 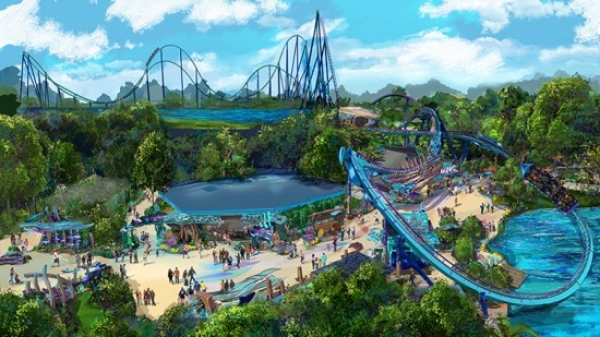 The last attraction SeaWorld Orlando opened was Antarctica: Empire of the Penguin, which was a combination trackless dark ride and animal exhibit. Unfortunately this attraction (which cost a reported $40 Million to build) did not draw guests the way SeaWorld Orlando was likely hoping it would. Now while some may blame a certain whale documentary for this, there are some that believe that animal attractions just don’t have the draw they used to. For further evidence of this you can look no further than Disney's Animal Kingdom, which has abandoned building new animal attractions for the fictional world of Pandora: The World of Avatar.

With a name like SeaWorld, there clearly needs to be strong educational components to the park as a whole, and no one would suggest SeaWorld abandon their mission of teaching theme park visitors about the wonders of marine life. However, by using world class thrill rides to get guests into the park, it’s plausible that SeaWorld can better accomplish that mission as more people are drawn to visit, and will check out the informational exhibits after a spin (or two) on SeaWorld's latest roller coaster.

I completely disagree that Mako can have much positive effect on the park, especially given the location of the shark encounter. They really don't have much choice but to weave the ride through the park like Manta or let of fly over the backstage/service road area like Kraken. For tourists, neither of those are desirable. Who wants to go to a sea life park that is filled with the rumbling and screeching of steel coasters? And looking at I-drive upside-down from Mako isn't going to be any different than doing the same from Kraken. I'm not at all against them building coasters, but I think that it would be much wiser from a planning perspective if they were to contain them in a structure, like Space Mountain or Rock n Roller Coaster. Then, they wouldn't consume so much land (which Sea World is really lacking) and they wouldn't change the quiet, relaxing atmosphere that the park once had.