Updates from Disney Springs have been coming in at a fever pitch lately. Just last week a new Indiana Jones themed dining experience was announced and in a surprise development, was also confirmed to be opening in just a few months. Fast-forward to this week, and we've got news of several new tennants on their way to for Disney Springs, as well as a key development from The BOATHOUSE many fans have been waiting on, plus the confirmation of a rumor that started way back in 2013!

We’ve been telling you about rumored restaurant The Edison for more than a year now, and as the months and years wore on (remember, this rumor started way back in 2013) it seemed increasingly likely that this project had been shelved or scrapped. However, several days ago Walt Disney World finally confirmed that this new Steampunk-inspired dining and nightlife location is indeed coming to Disney Springs sometime in the near future.

Inspired by The Edison venue in Los Angeles, this new dining location will have an “Industrial Gothic” theme and will feature table service dining (serving American cuisine), as well as a full-service bar with premium cocktails and nightly cabaret-style entertainment. 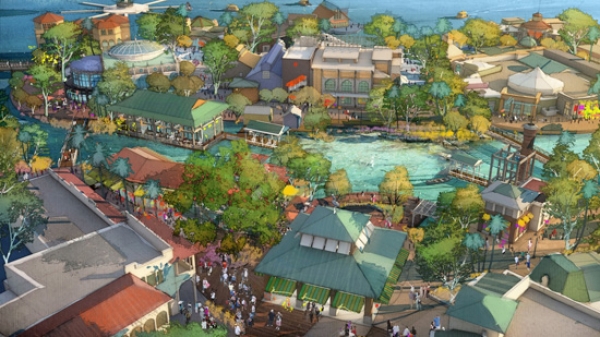 Though we recently learned about a few new occupants at Disney Springs (including a jewelry store and a tea shop), several other new retail locations were confirmed this week to be on their way to Disney Springs. Though no opening date for any of these locations have been released, here are the new shops that will be coming to the shopping district sometime in the near future:

Zara: a clothing retailer known for its trendy men’s, women’s and children’s clothing and accessories

Tommy Bahama: A clothing retailer that features island-style sportswear, denim, and swimwear for men and women.

UNIQLO: A casual clothing store that sells men’s and women’s apparel that reflects the company’s Japanese values of simplicity, quality and longevity..

PANDORA: This charm-based jewelry store will sell its Disney beads as well as other items at its new Disney Springs location.

L’Occitane en Provence: An international skincare and beauty store inspired by the culture and beauty of Provence, France.

Edward Beiner: An eyewear designer that offers both performance and fashion pieces.