As Disney’s Polynesian Village Resort wraps up its extensive renovation (which involved the addition of 360 DVC deluxe studio rooms, 20 Bora Bora Bungalows, the new Trader Sam’s Grog Grotto and the refreshing of the Lava Pool) it looks like Disney has set its sights on making some substantial improvements to another one of its signature resorts: Disney’s Wilderness Lodge.

As expected, most of these changes will involve expanding DVC's presence at Wilderness Lodge, which has one of the smallest DVC inventories on property. However, some other interesting additions are in the mix that should make this incredible location even more amazing than it already is by the time this latest project is complete.

1. New standalone villas are being constructed 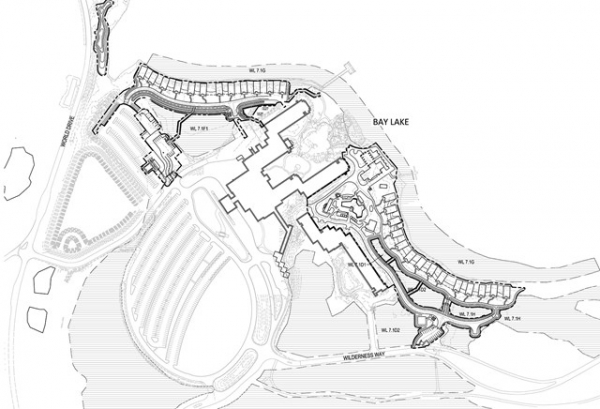 Though the Bora Bora Bungalows at Disney's Polynesian Resort haven't been open for very long, Disney must be pleased with their success as current permits (found by WDWMagic) indicate that 26 cabin-like structures (which look nearly identical to the aforementioned Bungalows) are set to be constructed along the shore of Bay Lake.

It's important to note that while these planned villas are positioned waterside, they will not actually be built on the water in the same way the Bora Bora Bungalows are. Instead, these single-family cabins will be constructed in the currently forested area next to the water. In addition, the northernmost cabins look like they may have views of the Magic Kingdom (depending on how they're placed) which could make Fireworks viewing from these new bungalows a possibility. 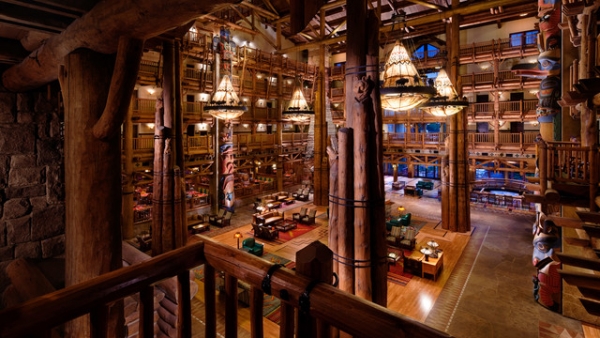 In another interesting development, some enterprising commenters at DVC News note that if the renderings on the permit are scaled correctly, these new single-family villas will be much bigger than the Bora Bora Bungalows, perhaps being as large as 1800 square feet (a 60% improvement over the 1100 square foot Polynesian Bungalows).  This would certainly be a great change, as a frequent criticism of the Bungalows at the Polynesian Village Resort has been their anemic size.

If you aren't a DVC member, it is getting almost impossible to get decent rooms. You get stuck in the value resorts that have little flair and as a single traveler, I would like to be able to get a nice room at a reasonable price without a hoard of cheerleaders or sports teams or bands. Has ruined at least 2 vacations for me.

The pool at the Wilderness Lodge was just renovated back in November when were there, maybe just a minor renovation. 1800 sq ft cabins in the woods with views of the fireworks, water front bungalows, a Disney partnered Ritz...demand for high end posh accommodations must be in demand. The 2 main sit down restaurants here are great, I hope they don't change them. The cafeteria/take out snack restaurant on the bottom floor could use an upgrade.