Although this week already brought news of a controversial permanent security measure at Universal Orlando Resort, the biggest news out of Central Florida parks from the past seven days came Friday when SeaWorld surprised everyone with a massive announcement about a brand new attraction coming to the park next year. This week also saw Universal Orlando make some big plans to celebrate their 25th anniversary, as well as a few more small updates from SeaWorld including one that may be of particular importance to SeaWorld merchandise fans. 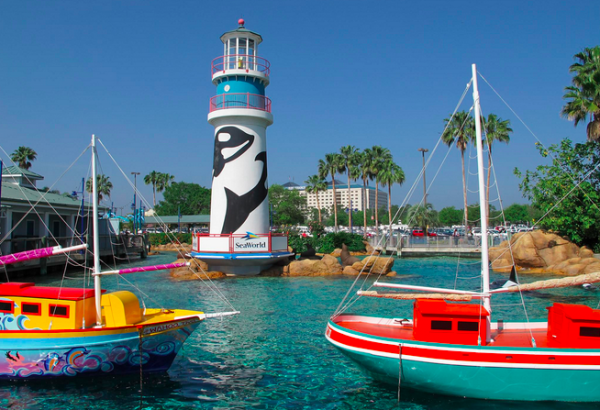 Friday morning SeaWorld surprised theme park fans by unveiling plans to construct a third roller coaster for the park, set to debut sometime next year. In its announcement, SeaWorld revealed that the coaster would be 200 feet tall, and be the fastest, tallest, and longest coaster in central Florida when construction finishes next year (although it won't hold the title of tallest for long). Though details are scarce, SeaWorld promised a more substantial update on what this new ride will be next month.

While SeaWorld did not give a name for the new coaster, certain words in the statement have led some to speculate that the new ride will be shark-themed. The full statement announcing the ride is below: 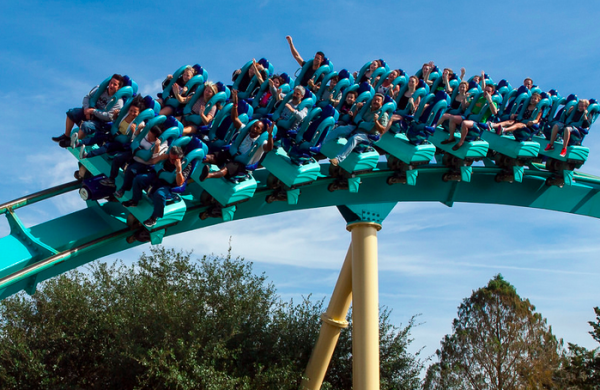 Something is stirring beneath the surface at SeaWorld Orlando, preparing to rise from the ocean depths and soar to thrilling new heights. Get ready for the frenzy of SeaWorld’s new 200-foot-tall coaster. In 2016, this thriller will take its place atop the food chain as Orlando’s tallest, fastest and longest coaster. More details on the new addition will surface in late-May. SeaWorld is a one-of-a-kind theme park with a variety of attractions including awe-inspiring animal encounters, thrilling rides and spectacular shows. Follow #nothingfaster as the frenzy starts.