Though guests from all over the world come to Walt Disney World to experience its world class attractions, many guests often find Walt Disney World’s food offerings to be a surprising highlight of their visit.

Like everything else at Walt Disney World, food offerings and menus are constantly changing and being updated with new and exciting options. Here are five new items you can now sample at the parks. But be aware, some of these items are available for a limited time, so if you want to check out all of these new tastes, you’ll have to act fast! 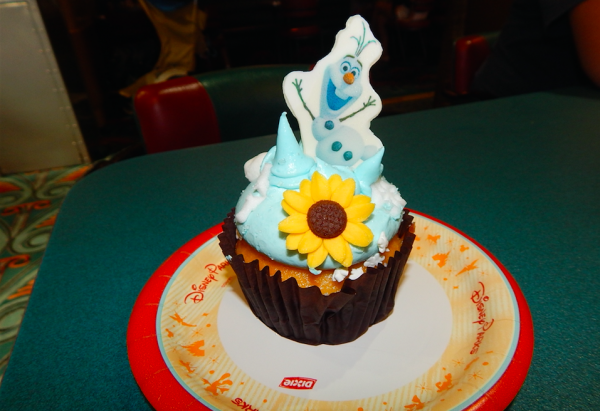 In celebration of the new Frozen Fever short airing in front of the live action Cinderella film, a new cupcake celebrating Anna's birthday has been made available at locations all over Walt Disney World, including at Gaston's Tavern, ABC Commissary, Sunshine Seasons and other numerous spots that regularly serve cupcakes.

Though this cupcake is beautiful and piled high with buttercream, it doesn't have very complex flavors, with a simple vanilla cake underneath those layers of sugary frosting. The whole thing is topped off with a white chocolate Olaf, and has a few marshmallows for garnish, but on the whole this cupcake is a little too one-note to measure up to former specialty cupcakes. 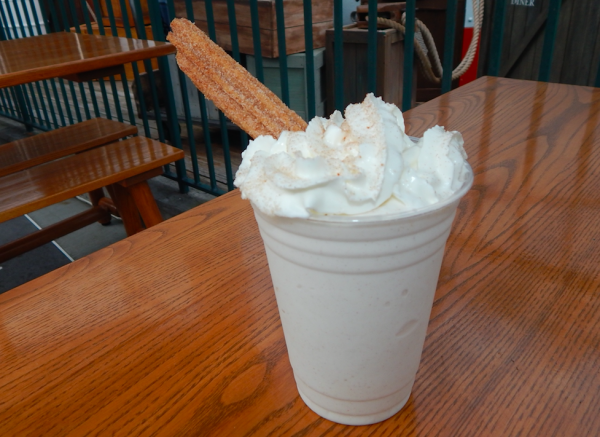 Min & Bill's Dockside Diner has unveiled a new limited-time milkshake just in time for spring temperatures to heat back up. The Cinnamon Sweet Churro Milkshake is essentially a vanilla milkshake with some cinnamon swirled in and a churro garnish put right in the middle. This milkshake isn't as sweet as previous offerings, and is a wonderfully refreshing treat. However, our one complaint is that the churro that was used wasn't exactly the freshest, and if you aren't using it primarily as a dipping utensil (which you totally should), you might find it a little bit stale on its own.