The 4 BIG Updates from Universal Orlando, Busch Gardens, and I-Drive 360 This Week (April 5-11)

This week at Orlando parks Universal's controversial security measure expands to Islands of Adventure plus I-Drive 360 hits another milestone on its way to next month's opening and Busch Gardens offers passholders a sweet new deal! 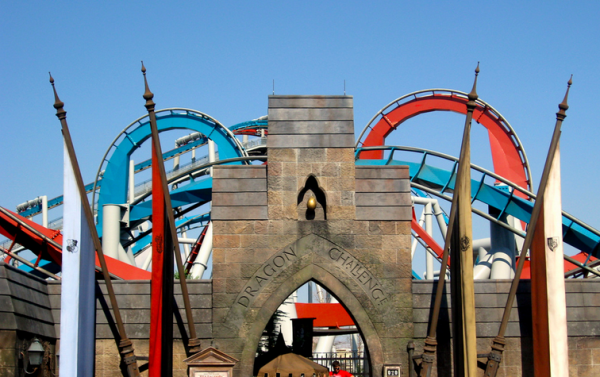 Several weeks ago we told you about a new test that was happening outside the Hollywood Rip Ride Rockit roller coaster at Universal Studios Florida that involved making guests pass through mandatory metal detectors before they could experience the attraction. Guests that were not able to pass through these detectors needed to be checked with a wand to ensure that their pockets were empty before they were able to proceed to the ride.

Though this initial test was met with harsh criticism online from park-goers, Universal has nonetheless expanded this new metal detector program to sister park Islands of Adventure, with the new policy now in effect at both The Hulk and Dragon Challenge coasters. Guests who do not consent to a walk through a metal detector (or a wand scan) are not being allowed to ride at all under the new policy, and all loose objects (including glasses) must be stowed prior to the metal detector check. 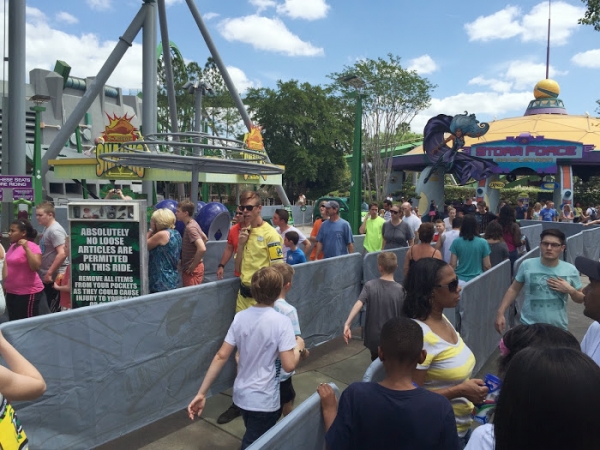 Interestingly, this new "test" policy now also requires that non-riders who go through the queue pass through the metal detectors as well. This means that even if you are just accompanying your party, child swapping, or simply wanted to check out the queue, you still may not bring your cell phone or camera past the metal detectors. Though this isn't a huge loss at The Hulk, the Dragon Challenge queue has a number of interesting features (including Arthur Weasley's flying car as well as the Goblet of Fire) and its a bit of a bummer that non-riders are now prohibited from taking photos.

Touring Plans has some amazing photos that capture the abolute pandemonium that occured during the first few days of this policy, including some panoramic shots that must be seen to be believed. 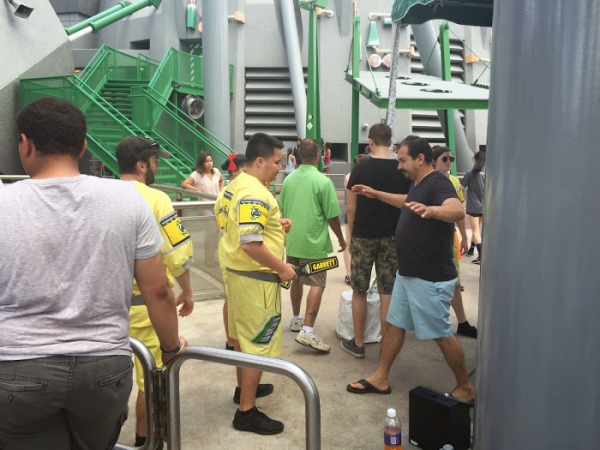 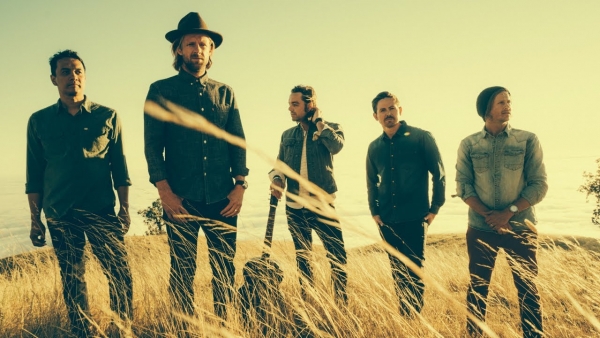 Though this week's leading Universal Studios update isn't exactly the most cheerful, there is some good news coming out of the resort this week too. Dates and acts for the 2015 edition of Rock the Universe have been announced: