Last week, Universal Orlando Resort surprised guests at Universal Studios Florida with a pop-up metal detector in front of the Hollywood Rip Ride Rocket roller coaster. Though the metal detectors are not permanent and only appear during specific intervals throughout the day, this so-called "security test" has been quite controversial among park-goers and has incited quite a bit of discussion about what is appropriate when it comes to ride and park security.

1. Ban on outside liquids 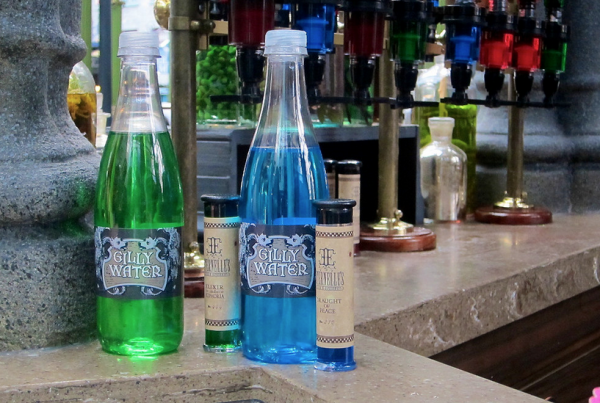 Universal stirred up some massive controversy earlier this year when they instituted an all-liquid ban at the park that lasted a week and was heavily enforced. Guests entering the "bag check" area right before CityWalk during this test were instructed to discard all liquids, including drinks and water, and were not permitted to enter the park until they had, causing massive backups and delays for other guests. Some guests even reported having trouble bringing medicine, baby formula and other necessary liquids into the park.

After several days of the all-liquid ban, Universal Orlando Resort ended this test, just as a very passionate backlash was mounting online. Though Universal spokesman Tom Schroder confirmed the end of the test back in February, no reason was ever given as to why the test was implemented in the first place, or what Universal hoped to gain by prohibiting outside liquids inside its parks (though some speculated it was in response to reports of some guests bringing alcohol into the parks). In any case, this is one controversial security practice that we are happy to say is over. 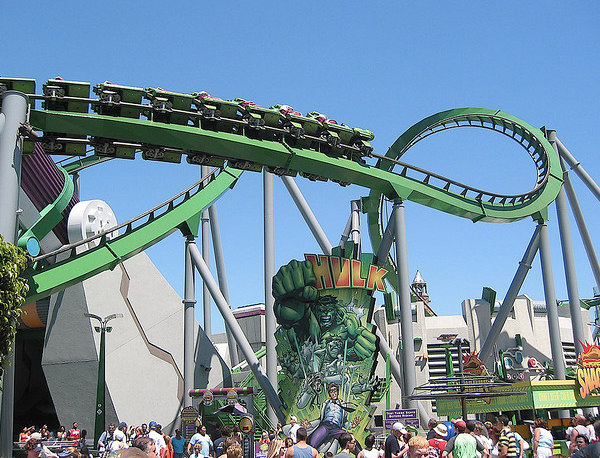 Though Universal Orlando Resort has always encouraged guests to store personal belongings like hats, glasses, wallets, etc. in free lockers while they  are waiting to experience an attraction, this practice became a little less voluntary a few months ago. Beginning late last fall, Universal Team Members stationed outside The Hulk roller coaster at Islands of Adventure began asking guests to turn out their pockets at the front of the ride queue, and any guests with something in their pocket was asked to turn around.

Similarly, if a Team Member found a guests fiddling with a smartphone while waiting in line or pulling something out from another pocket, said guest would be dismissed from the line while they went to go store their belongings in a locker.

However, this newfound strictness ultimately didn't last, and within weeks Team Members stopped asking guests to turn out their pockets and began turning more of a blind eye to those in the queue with smartphones. No official reason was given for the starting or halting of this procedure.

I'm at universal now and there's NO OUTSIDE LIQUID signs up on the walls (looks permanent) when you walk in. Along with new APPROPRIATE BEHAVIOUR signage.

I used to work at Dragon Challenge up until they began to implement the new security measures. What was the final straw for me was the blunt religious discrimination. We were told anyone wearing religious headwear were to be placed in the last row. We weren't supposed to disclose the reason why and it was even more awkward when they desired to sit in the front row. Working at the coaster for a considerate amount of time, I found that rule to be utterly ridiculous for we never had a problem with hijabs or kippahs before and they posed no danger.

Maybe Universal is just trying to limit debris that can fall while on the coasters. Yeah it's inconvenient, but if someone gets hit by a set of keys, Universal will be the responsible party.

i can understand the metal detectors at horror nights. Which are nothing to get thru and has no effect on getting in to the park. But the whole medal detectors in front of rides are stupid. Universal can't turn down people because of a phone or iPod that's ridiculous. If people want to take a chance at losing their phone let them. It's just like kumba at Busch gardens, they have a little case with phones that say its RECOMMENDED to leave them with a non rider

The problem is that the roller coasters at Universal go over the guest areas. If a phone falls out of somebody's pocket and hits somebody it's going to put that person in the hospital. Compound that with the lawsuit that will happen and Universal will have to pay for damages. I've seen several cell phones fall from the roller coasters, and thankfully they haven't hit anybody it's just a matter of time.