Trader Sam’s Grog Grotto welcomed its first guests last week, during what Disney is calling a soft opening phase. Wait times to get into this brand new watering hole exceeded 3 hours on its first day, and crowd levels remained strong all weekend with hundreds of guests clamoring to be among the first get into this brand new location (which seats only 50 people inside and does not take reservations).

If you are thinking of dropping by this new bar during its soft opening phase (projected to last for at least the next few weeks, with a full opening to come in late April) there are several things you should definitely know before you go.

1. All drinks are available during the soft opening 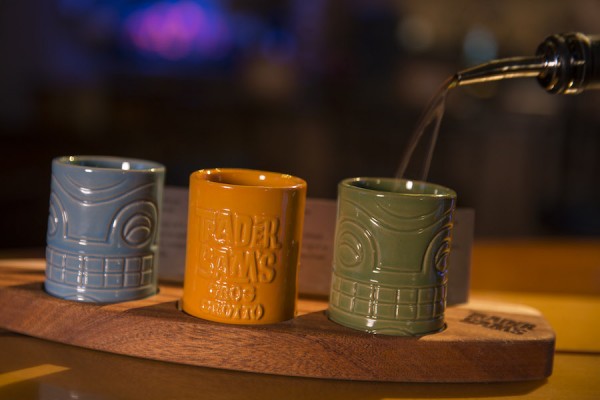 Though Disney has stressed that this location is in its soft opening phase, if your sole purpose for wanting to visit is to grab one of their amazing, handcrafted cocktails, you’re in luck as they are serving every single item on the menu, including Walt Disney World specific items like the Polynesian Pearl, Nautilus, Castaway Crush, Tahitian Torch and the Dark and Tropical Stormy.

Those who have been to this bar’s west coast counterpart, Trader Sam’s Enchanted Tiki Bar, will also recognize a few familiar favorites including: Krakatoa Punch, Uh-Oa!, HippopotoMai-Tai, and the Shrunken Zombie Head.

2. Not all souvenir cups are in stock 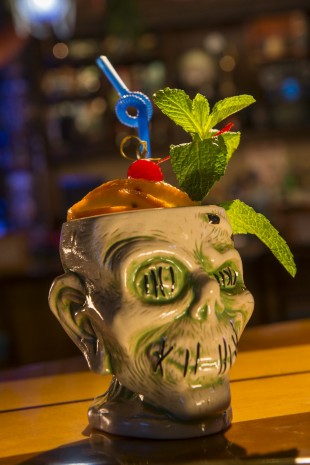 Though you can get all of your drinks at this time, not all the souvenir cups are currently in stock. While guests who attended the first evening of the soft opening reported every souvenir cup was available except the Nautilus, Disney has said that during the soft open phase other glassware may be unavailable from time to time as this new location copes with demand. You can check out a full run-down of all the souvenir glasses in the video below, taken by MouseSteps.

3. The cup you drink from won’t be the one you bring home 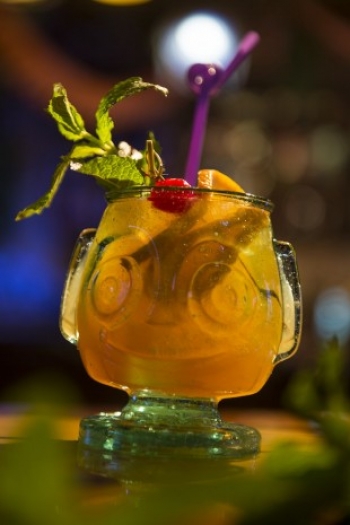 Though the souvenir cup upcharge model almost always has guests simply taking the cup their drink came in home, things are a little different at Trader Sam’s Grog Grotto. If you order a drink that includes a souvenir glass (like the one depicted above), you’ll leave the cup you drank from at the bar, and will then be able to pick up a wrapped and boxed cup from a small gift shop near the exit.

Interestingly, you must order a drink if you want to get the cup. Souvenir cups from Trader Sam's Grog Grotto will not be sold by themselves.

4. Don’t stop by for dinner 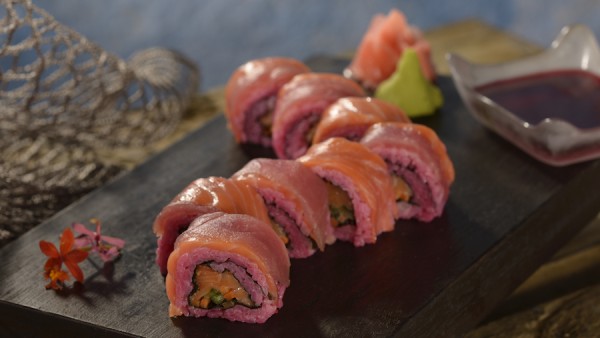 While some bar locations around Walt Disney World offer generous food offerings, it looks like Trader Sam’s Grog Grotto will not be one of them. Though this bar does offer several light appetizers (including sushi, lettuce wraps and battered sausage), most of their portion sizes are on the small side and wouldn't make for a very good meal. If you find yourself craving something substantial to eat before or after a trip to Trader Sam’s Grog Grotto, you’ll be best served stopping by nearby quick service location Capt. Cook’s for more robust food offerings.

5. Make sure to check out both the inside and the outside 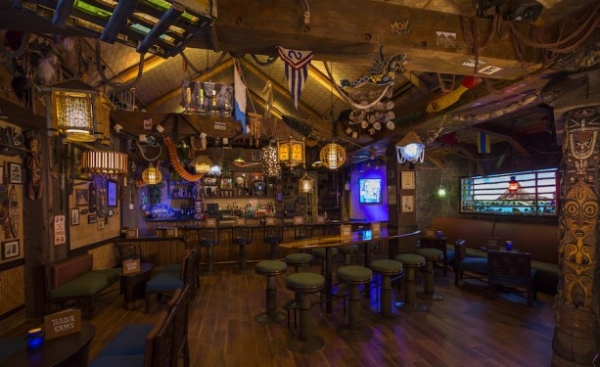 One of the biggest reasons to drop by Trader Sam’s Grog Grotto is to experience the amazing interior effects that happen when someone orders one of the house specialty drinks. We won’t spoil the effects here, but guests can expect to see some amazing interactive moments inspired by attractions like The Enchanted Tiki Room (both current and Under New Management) as well as bygone Magic Kingdom attraction 20,000 Leagues Under the Sea. Even if you aren’t planning to order any signature drinks yourself, it’s worth hanging out inside the bar just so you can experience some of these amazing effects (if you do want to spoil yourself, you can check out the video below from MouseSteps).

However, even though there is plenty of excitement going on inside Trader Sam’s Grog Grotto, guests should also take some time to wander out on Trader Sam’s Tiki Terrace as well. Not only can food and drinks be had on this outdoor area as well, but guests can enjoy live music nightly and relax in a more low-key area.

Though it has only been open for a weekend, Trader Sam’s Grog Grotto has received glowing reviews from those who have been able to check it out thus far. Will you be checking out this new watering hole at Walt Disney World?

We were there on the 2nd of April at 3:56 and walked right in, no problem.

But they never mentioned that they did not have the Nautilus available to take home until AFTER we drank ours...

Ohhh so that's where they put it.. in the old shop which became an arcade. I thought it was in the lobby area

Awesome! What time should I be outside to get it? Two hours before? Earlier? I need to collect all the cups and glasses :)

Aloha, I was there just 45 mins before opening and got in. They only allow 50 at time. I will get there one hour before next time. They will give you a beeper if you dont get in the first 50. Its worth the wait!

Where in Disney World is this located?