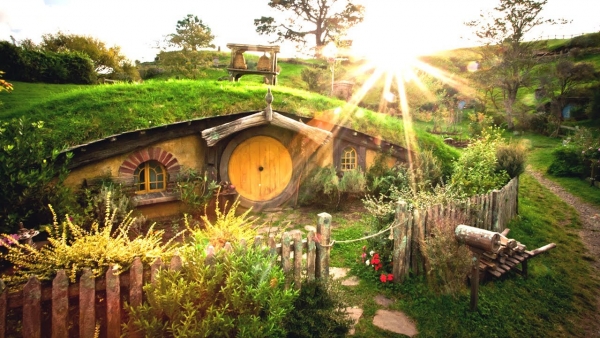 Ever since The Wizarding World of Harry Potter took off at Universal parks in both the US and Japan, many have been wondering when that other big fantasy series would make its theme park debut. Though a world based on Middle Earth had been rumored to be coming to either Walt Disney World or Universal Orlando Resort back in 2013, these rumored plans never got off the ground, reportedly due to some frosty relations with the estate of JRR Tolkien.

However, it looks like the world of Middle Earth is coming to a new theme park in Spain, although due to some fancy copyright footwork, it won't be an exact replica of what fans have seen on page and on screen.

Named La Comarca (which translates to 'The Shire'), this new park will be a modest affair, spanning only 19 acres and costing just $2 million dollars. Attractions planned for this park include 'hobbit holes', climbing walls, swings, slides and of course restaurants (if there's no second breakfast served here, it's reasonable to declare this entire project a failure).

The in-development park doesn't have an opening date yet, but two nearby hotels have signed on to help develop Hobbit-themed rooms to support this new theme park. Though there could be some copyright issues with this park, it looks like development is going full steam ahead, with or without the blessing of the Tolkien estate.