4 Instant Side Effects of SeaWorld Orlando's Ban on Dolphin Feeding

SeaWorld Orlando quietly put a new animal policy change in place yesterday that is making waves, both literal and figurative, for the park. Effective immediately, dolphin feeding is no longer offered at the Dolphin Cove exhibit at the park.

Though this new change was not wholly unexpected, many guests are upset that a feature that had been a fixture of the park for decades has now been removed, and many are questioning the park's motives behind this new change. Though it remains to be seen what (if any) long-term ramifications will result from this change, here's everything you need to know about how SeaWorld's Dolphin program is changing

1. Dolphin feeding is gone for good and will not be making a return 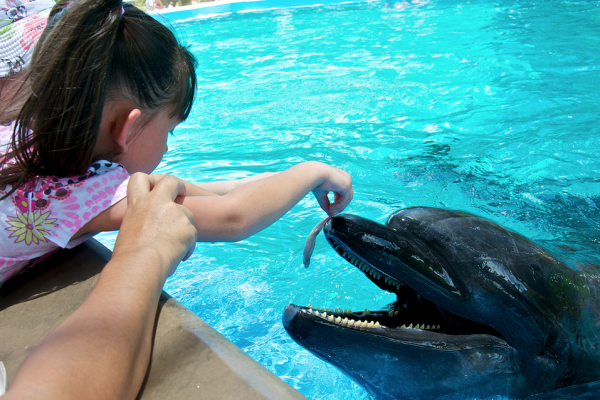 When news broke yesterday that the dolphin feeding had indeed been discontinued, SeaWorld officials confirmed to several local news sources (including the Orlando Sentinel) that the option was indeed gone for good and they would not be considering a return. The official line seems to be that the feeding activities at Dolphin Cove were a hazard as guests were dropping unsafe items in the water with the dolphins (including the paper trays the fish were served in), creating a potentially harmful environment for the marine mammals.

SeaWorld's claims that the feeding program is unsafe certainly sound legitimate, and the banning of this practice puts SeaWorld Orlando in line with sister parks SeaWorld San Diego and SeaWorld San Antonio.

2. Guaranteed dolphin interactions will still be offered…for a price 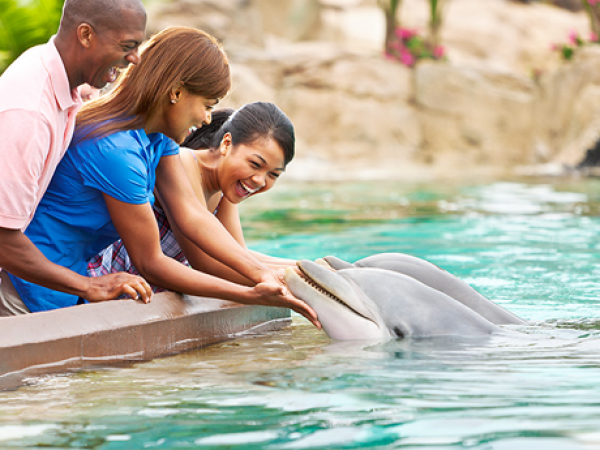 Though guests are no longer be able to feed the dolphins, those wanting a closer experience with these marine mammals will be able to procure one…for a price. Beginning next week, guests will be able to reserve 10-minute dolphin experiences that include an up-close encounter and a photo opportunity under trainer supervision. Cost for these experiences begins at $15 per person.

A small but vocal minority have theorized that driving sales of this new, 10 minute dolphin experience is the real motivation behind the feeding cut. If the dolphins are not drawn to visitors with food, they'll be more easily able to be directed towards the paying guests, who will be under the supervision of an animal trainer (who can still feed the dolphins). Though this could certainly be true, there's no substantial evidence to support this claim.

I guess I can say I was blessed to do this once.

This is only for money otherwise it would have done before. There are other ways to make money that removing all the great expérience of thé park. And we have already paid our ticket at thé entrance

Be respectful of the animals - too many stupid people do stupid things thinking its cute when it is harmful to the dophins. Then like fools, they post on Facebook. I say Bravo to SeaWorld! leave them alone

As a spouse of someone who works at a SeaWorld park, and someone who attends quite regularly, I can tell you that this is indeed a safety measure for the animals. There were way to many people not heeding the rules of the Dolphin feeding and dropping their trays in, toying with the animals (putting fish down and pulling it away at the last second, sometimes multiple times), and just all around being disrespectful to the rules of the area. At our park there was some backlash at first but the way many people treat these animals with the fish was undermining all the behavior training the trainers were doing with the dolphins. While I understand people's sentiment towards this decision the new policy is only slightly more expensive and it includes much more (information about the animal, training and behavior examples, feeding, etc). It has definitely benefited the animals at our park greatly.

Do we know if the $15 will include the dolphin food?