We’re still a few months out from the Star Wars Weekends event at Disney’s Hollywood Studios, but already this year’s event is shaping up to be the biggest yet. Though some new developments recently confirmed for 2015's event seem really positive, there are a few that have us a little worried about this year's five-week event.

But first, let's get the good news out of the way...

1. Darth’s Mall is on the move to a bigger location 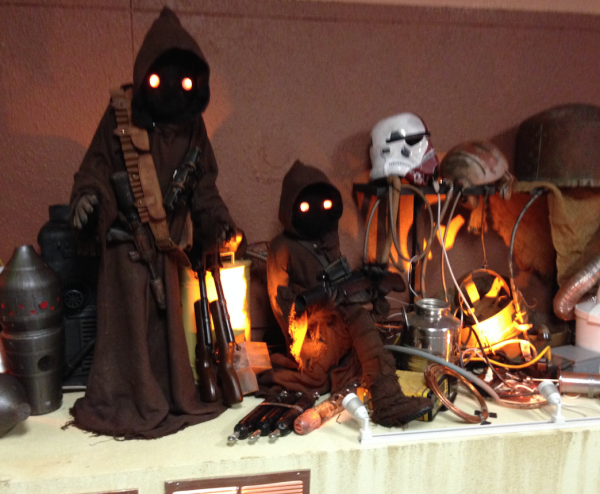 For the past few years, Darth’s Mall has occupied Soundstage One, which is right on the outskirts of Pixar Place. However, due to the work being done to convert this new area into a third track for nearby Toy Story Midway Mania, Darth’s Mall has had to move to the Streets of America, and will move into the space most recently occupied by Wandering Oaken’s Trading Post and Frozen Showground.

This move was wholly expected and is actually a good thing, as this area provides ample space for guests to browse the incredible amount of event-specific merchandise that has become a hallmark of Star Wars Weekends. Hopefully, this new, larger area will help cut down on line times (which can reach several hours during the initial weekend) and accommodate more guests than was possible in recent years, while also providing space for guest favorites like Admiral Ackbar's Snack Bar.

2. James Arnold Taylor is back as the host 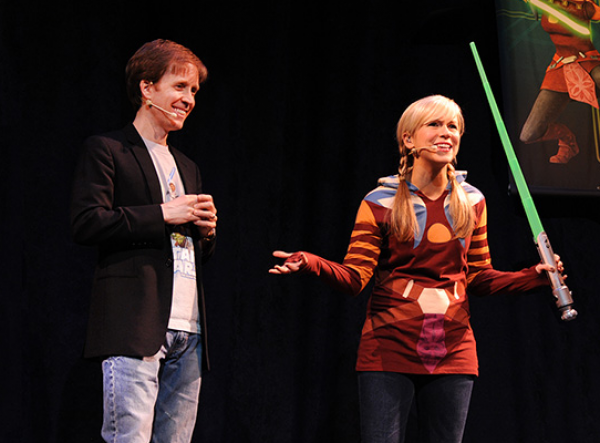 Though the criticism could certainly be levied that having the same host for five years running could be a little monotonous, the fact is that James Arnold Taylor has been an amazing part of Star Wars Weekends these past five years, either hosting or appearing in almost all of the Star Wars Weekends programs during each day, introducing the Fireworks spectacular every night, and even participating in each day's motorcade. James Arnold Taylor has been a very involved host, and we can’t wait to see more of him at this year’s event!

Though both of these confirmed developments have us excited, two new announcements have us a little worried...

Seems Disney no longer listens to the fans and people that pay there paychecks. We go to Disney every year but I am looking at going other places. Please no more frozen , not everyone likes it.