Though the main visitor draw to Orlando will always be the theme parks at Walt Disney World and Universal Orlando Resort, some amazing attractions outside these areas are going to be vying for guest attention in the next few years. From the world’s tallest roller coaster, the Skyscraper (opening next year), to the world’s highest chair swing (also opening in 2016), there are plenty of record-breaking attractions coming to central Florida in the very near future.

However, it looks like there are even more on the horizon, as two brand NEW attractions were just announced yesterday that will break even more records and give guests seeking a wild experience even more to do during a Central Florida vacation in 2017 and 2018.

1. World’s tallest drop tower opens in 2017 in the heart of Orlando 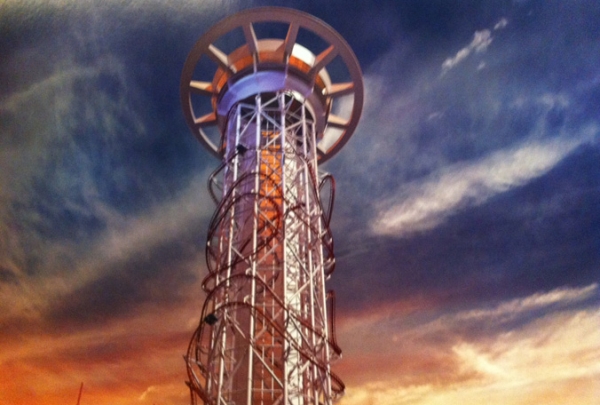 Though The Skyscraper is already shattering the record for the tallest roller coaster in the world next year, 2017 will bring another record-setting ride to the forthcoming SkyPlex complex: the similarly named Skyfall drop tower.

Described as the “big brother” to the Zumanjaro: Drop of Doom attraction at Six Flags Great Adventure, this new drop tower will smash the current 415 foot record and will drop guests an amazing 460 feet at a pulse-pounding 90 MPH after riders are suspended at the top of the structure for a full ten seconds. 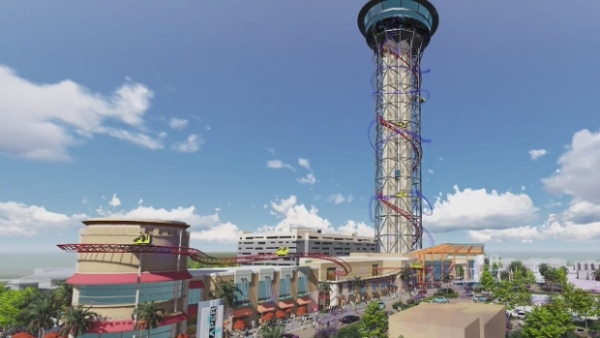 As you might expect, this drop tower will be attached to the Skyscraper structure for support, making it the tallest supported drop ride in the world (Currently, Falcon's Fury over at Busch Gardens is the world's tallest free-standing drop tower). Developer Joshua Wallack confirmed that the Skyfall ride structure is being constructed in a way that is “flush to the tower” and will take advantage of the unique shape of the Skyscraper strcuture. Though no further announcement was made, Wallack also hinted that other thrill rides related to the Skyplex tower may be in the works for the future.