Walt Disney World and Disneyland (to a lesser extent) are in a state of flux at the moment, with big projects in the works at both resorts. However even though projects like Pandora: The World of Avatar, Epcot’s Frozen ride and most recently Disneyland’s Paint the Night parade have all been announced, there are even more projects in the works that still have yet to be confirmed.

Though these projects range from under construction to still in the planinng phase, none of them have been officially announced by Disney. Of course, not announcing them means that all of them could be scrapped tomorrow, but considering the volume of evidence, it seems like a safe bet that all five of these projects are moving forward...even though Disney has yet to confirm their existence. 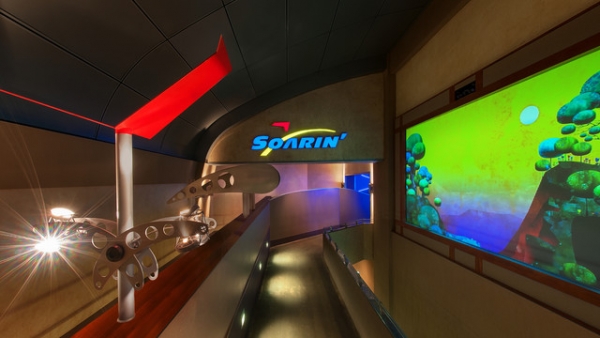 We first heard whispers that guest favorite Soarin’ would be getting an upgrade nearly a year ago, and since then, vertical construction has indeed begun behind the current Soarin’ theater. Rumors suggest that this third theater will likely be ready for its first guest sometime next year, possibly with a new film as well.

This project still hasn’t been announced, even though construction cranes near The Land pavilion are clearly visible. So why has Disney remained mum on this project? Our best guess is that details for the new Soarin’ film might be still be under wraps, and Disney may want to wait until closer to the new theater’s opening date to make this one official.

2. Project: The return of the Hatbox Ghost to the Haunted Mansion 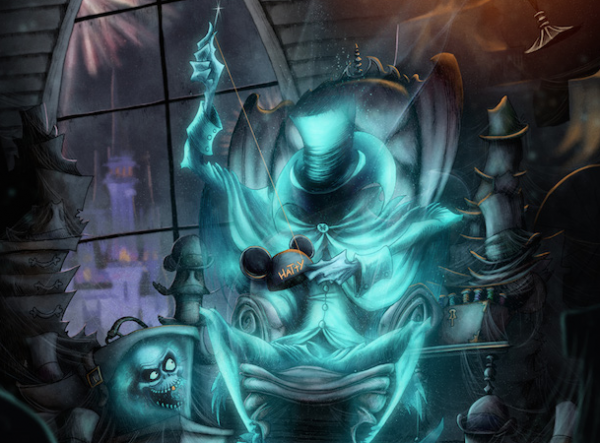 While you’ll find the visage of the Hatbox Ghost all around Disneyland (and Walt Disney World) one place you won’t find this character is actually inside the Haunted Mansion attraction. Though the Hatbox Ghost was originally supposed to be inside the Haunted Mansion ride at Disneyland, problems with the animatronic technology meant that this element of the ride was scrapped shortly after the attraction opened.

However, several months ago rumors surfaced that the Hatbox Ghost would be returning to the Disneyland version of the Haunted Mansion, possibly in time for the park's 60th anniversary. More recently, a YouTube video has surfaced that showcases what seems to be construction walls (hidden away behind an image of a window) in the attraction. You can check out the video below to see for yourself:

Although Disneyland already confirmed its big plans for its 60th anniversary, there could be some more announcements in the near future, including the revelation of this new attraction element.