January brings a number of new things to buy to Walt Disney World, including even more 2015-branded items, some interesting footwear, some new handbags, plushes and more! No matter what kind of Disney merchandise you're into, this month's update has a little bit of something for everyone! 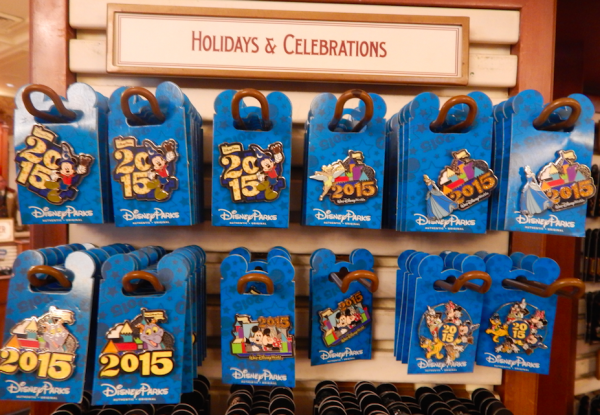 Though 2014's annual pin collection was a bit anemic, 2015's pin collection is actually pretty robust. In addition to those pictured above, there is also a Stitch 2015 pin as well! 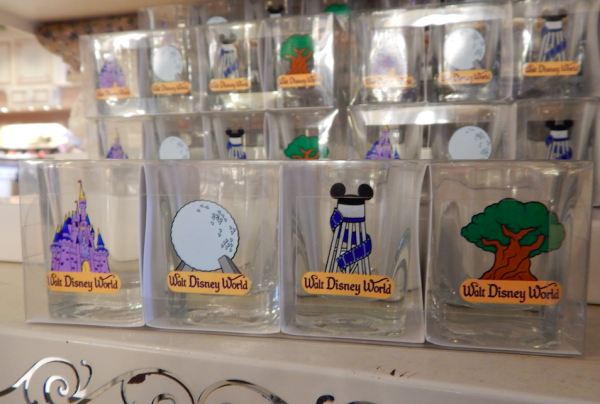 In the wake of the destruction of the Sorcerer's Hat at Disney's Hollywood Studios, pretty much every park icon merchandise item has gotten a refresh, including these shot glasses (or toothpick holders, as cast members often call them). These glasses feature a really nice throwback logo for Walt Disney World, as well as the updated Earful Tower park icon. 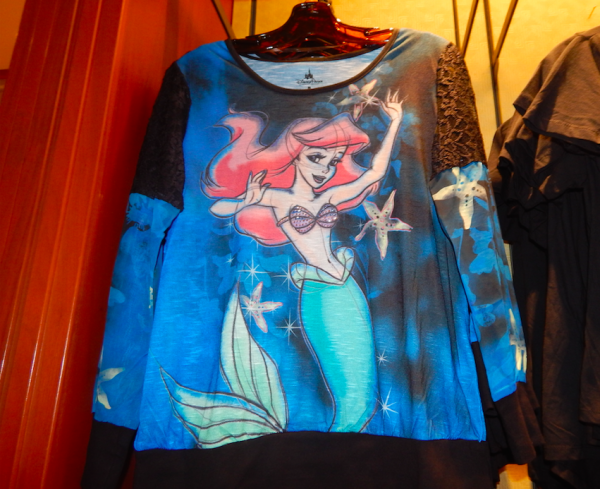 There have been many animator-style tops created over the years (including a line that featured princesses embellished with rhinestones!) but this shirt is unique as it includes lace shoulder accents. Trendy! 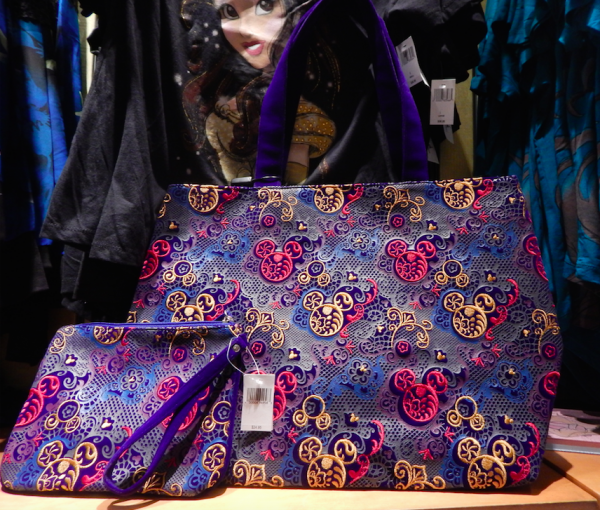 Many stores around Walt Disney World offer designer bags from well-known brands like Harvey's, Dooney and Burke, and Vera Bradley. You know what all those bags have in common? They are ridiculously expensive. And that's where bags like these are great. They are still quite stylish, but don't have that massive price tag that other bags have attached to them. 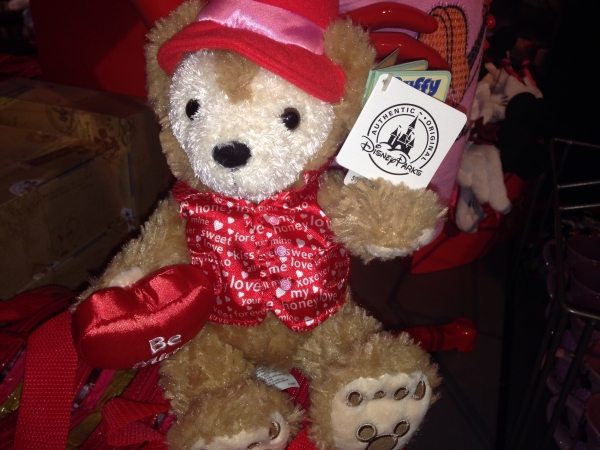 Duffy's not one to miss a holiday, and Valentine's Day is no different! Though this holiday bear is a little basic, he's pretty cute and cuddly too. We put him through his paces and he's 100% huggable! 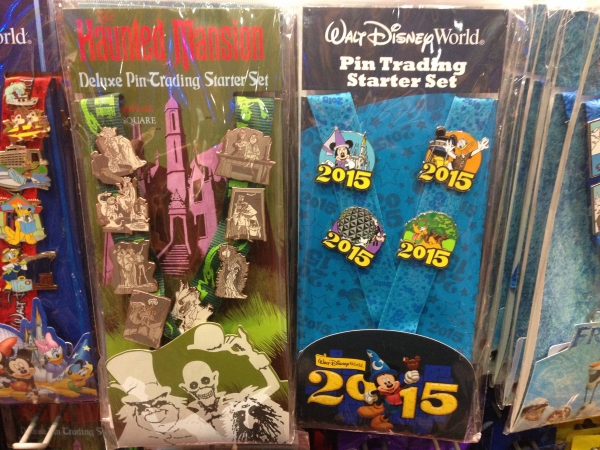 Love trading pins? These new starter sets feature an assortment of high-quality pins perfect for trading (or for keeping!) 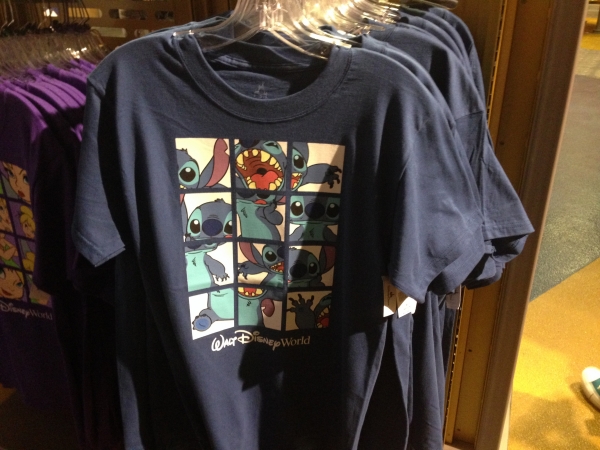 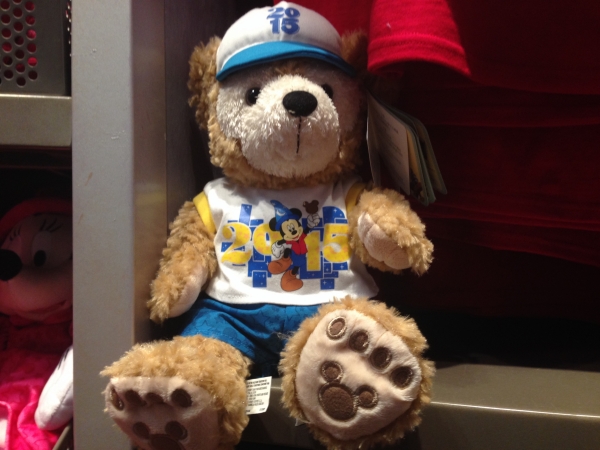 Two Duffy's in one post? Yep. This Duffy has the same dimensions as his Valentine companion, but features a cute little 2015 shirt and cap. 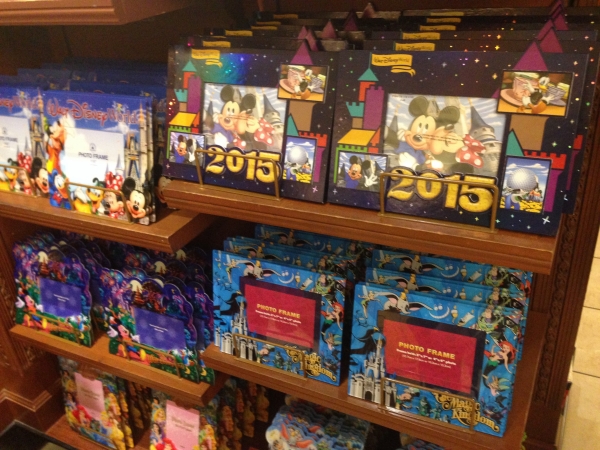 Disney's usual assortment of photo frames has been refreshed for 2015, including a new park icon frame and an adorable 2015 frame. 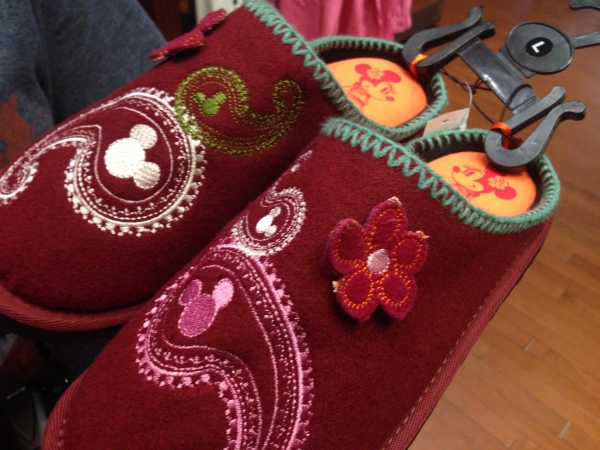 These Bohemian Minnie slippers may not be the best for strolling around Walt Disney World, but they sure do look comfortable! 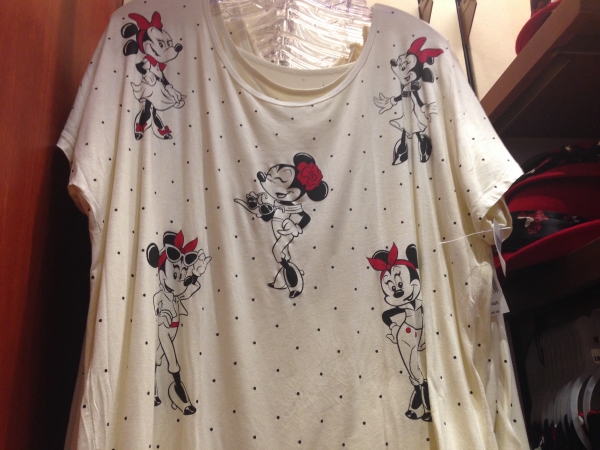 This comfortable blouse features Minnie in several poses with a variety of retro-inspired looks and outfits! 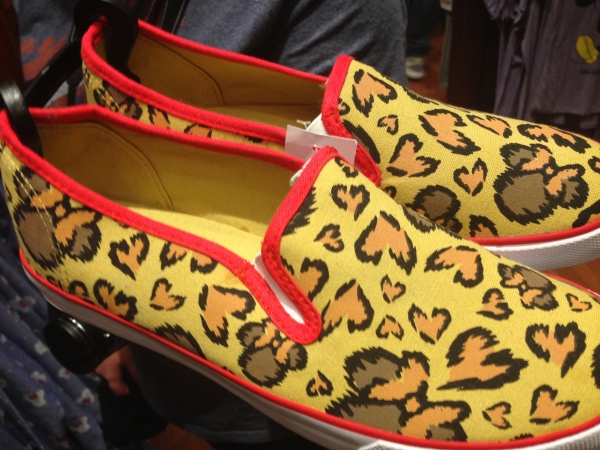 These sensible flats are great for walking around Walt Disney World and while they might not overtly scream Disney, those subtle little Minnie Mouse icons are a nice touch. 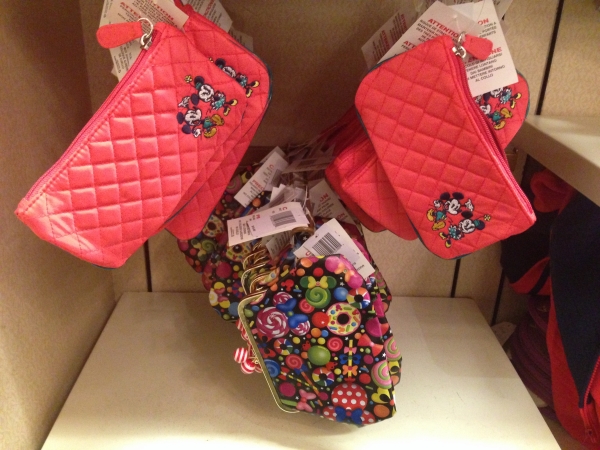 Over the past few months we've seen a pretty big increase in the amount of merchandise based on the Mickey Mouse series of animated cartoon shorts. Here are two small purses aimed at children, as well as a sweet little clutch directly below them.