Though we knew that a new Frozen character meet and greet would be making its way to Epcot in time for the opening of the new Frozen ride in 2016, new documents filed today with the South Florida Water Management District web site (and first spotted by Stitch Kingdom) reveal some interesting information about this meet and greet, including the stunning revelation that a whole new structure is being built in a previously undeveloped corner of the World Showcase to house this upcoming attraction.

In an interesting twist, the attraction structure has been confirmed to be a massive 13,000 square feet, far larger than other meet and greet areas on property.To put that in perspective, that is bigger than the current Princess Fairytale Hall at Disney's Magic Kingdom, which currently houses four meet and greets. As you can see below, this huge new structure will be built in the open space between the Mexico and Norway pavillions (currently occupied by a few trees and a backstage area) and will run nearly the entire length of the Norway pavillion. 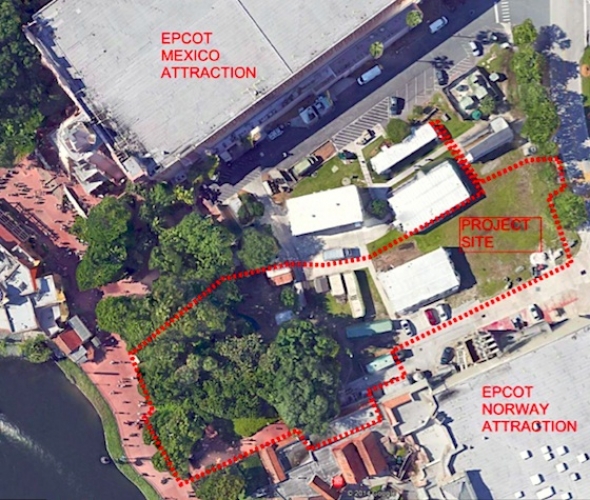 Though this development confirms that Elsa and Anna will not be taking over existing Norway structures (as they did last year when the Elsa and Anna meet and greet took place inside a shop), it does raise some interesting questions, not only for fans of Frozen but for those that are interested in the future of Epcot's World Showcase as well.

1. What is going to be occupying all that space? 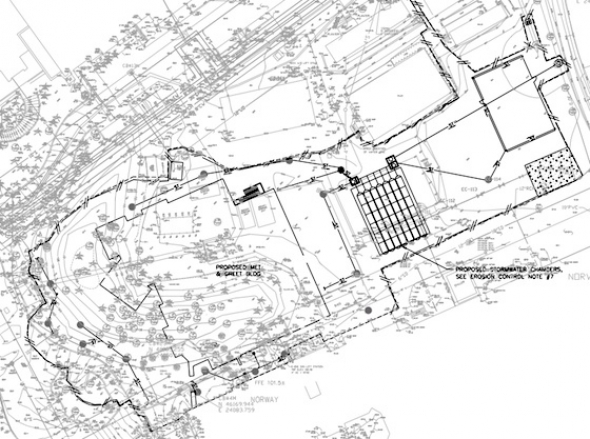 Perhaps the biggest question raised by these new documents is what Disney is planning to do with all that space. 13,000 square feet is massive for a meet and greet area, and it will be interesting to see what exactly all this space is used for. Though it’s a bit small for Elsa’s ice palace, a character “experience” along the lines of Enchanted Tales with Belle (which has large pre-show areas) could be a possibility for this massive new building.

Of course, the 13,000 square foot dimension could also be used to build a massive queue. Considering lines last year at the temporary Elsa and Anna meet and greet at Epcot filled the Norway pavilion and spilled out onto the World Showcase promenade, Disney may be trying to make a huge queue to keep lines away from the walkway and keep crowds under control. Though this would be a less exciting development, the practicality of making a huge queue for what Disney expects to be massive crowds certainly can't be disputed.

One of the reasons of such a large meet and greet area....not one room! (Sorry to ruin the magic)The same with most of the other major meet and greets. (Mermaid ,Mickey, etc)

In my opinion, Disney is going off the deep end with all this stuff based on the Frozen movie. Isn't it enough that they took away the Maelstrom ride to replace it with a Frozen ride? Now they are going to build a huge new structure for a meet and greet for Frozen characters and another Frozen ride?? This is very disappointing news indeed. Somehow, I don't think this is what Walt had in mind for Epcot. I can't wait until they announce plans for a Frozen hotel. Can't Disney keep one park geared for teenagers and adults instead of turning every park into a kiddie land of make believe??

Just to prove that Disney can keep promises, I'm gonna assume that the attraction will empty out into that building, which will probably house an indoor Arrendale area. Lets just hope

I'm curious now about what that means when the Food and Wine Festival comes around. All those little kids, and all those drunk adults...I still think this is very poor planning on the part of WDI.

I'm curious now about what that means when the Food and Wine Festival comes around. All those little kids, and all those drunk adults...I still think this is very poor planning on the part of WDI.